'India is one of the major hubs for illicit drug trade' 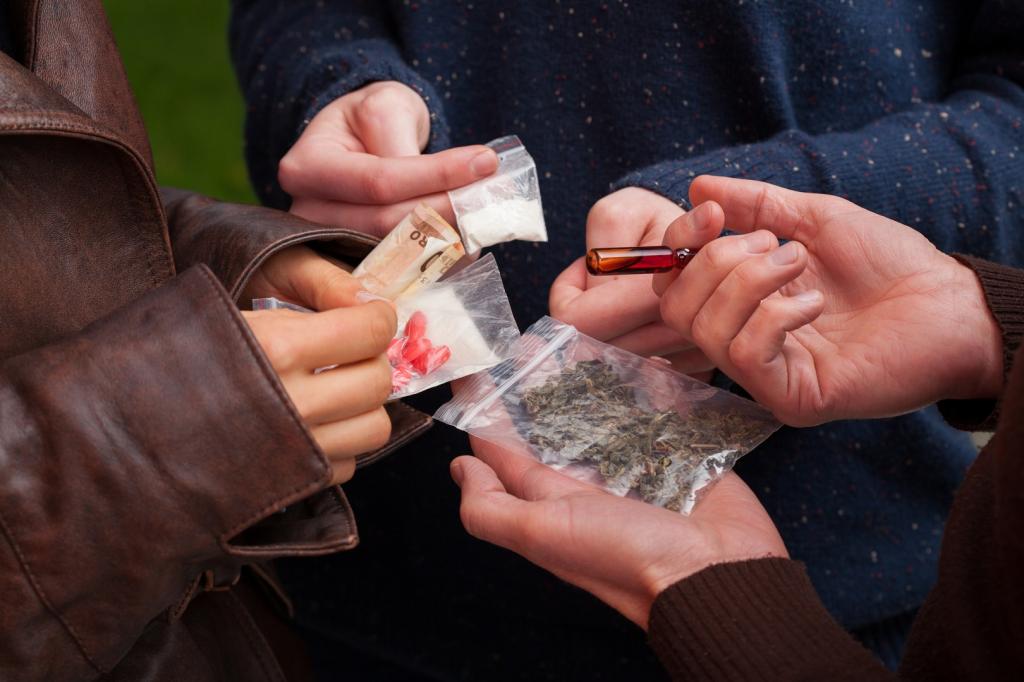 From age-old cannabis to newer synthetic opioids like tramadol, and designer drugs like methamphetamine, India is one of the major hubs for illicit drug trade, said the 2018 annual report by United Nations-backed International Narcotics Control Board (INCB).

In fact, cannabis remains the most frequently seized narcotic drug in South Asia; cannabis herb was the drug seized in largest quantities across the region in 2017.

India alone accounted for six per cent of the world’s cannabis herb (ganja) seizures in 2016 (nearly 300 tonnes), and reported seizing even higher quantities in 2017 (353 tonnes) — a 20 per cent increase compared to 2016, the report by UN office of Drugs and Crime said.

In comparison, seizures of cannabis resin (charas) have remained relatively stable in India over the years, fluctuating between a considerable two to four tonnes between 2013 and 2017, with 3.2 tonnes seized in 2017.

The report further says that the global trend of purchasing drugs over the Internet, particularly on ‘darknet’ trading platforms using cryptocurrencies has already spread across South Asia, including India.

The report quotes a recent study of the global Internet-facilitated illicit drug trade, which identified some online vendors of drugs over the darknet who appear to be operating from South Asia. More specifically, the study identified more than 1,000 drug listings from India published across 50 online crypto-market platforms.

In 2017, authorities in India dismantled two illicit pharmacies selling drugs over the Internet, seizing close to 1,30,000 tablets containing psychotropic substances and arresting 15 people in the process. It further said that non-medical use of pharmaceutical drugs, containing controlled substances, continues to be prevalent in virtually all South Asian countries.

The preparations in question include codeine-based cough syrups sold under different trade names, such as Corex (in Bhutan and India) and Phensedyl (in Bangladesh and India); synthetic opioids such as tramadol (identified in the vast majority of abuse cases in Sri Lanka), along with pregabalin — a medicine with anti-convulsant properties used to treat epilepsy, neuropathic pain and anxiety, which is frequently encountered in Bhutan and India; ayurvedic tablets containing opium; and tranquillisers such as alprazolam, diazepam, clonazepam, lorazepam and benzodiazepine.

South Asia also remains a target for traffickers smuggling illicitly produced opiates from Afghanistan to Europe and North America along the alternative part of the “southern route”, which runs through Pakistan (or the Islamic Republic of Iran) and, via the Gulf countries, continues to East Africa and on to the destination countries.

The “alternate” southern route bypasses the Gulf countries and uses South Asia as a stopover for opiates being supplied directly to the Canadian market by air, or through Africa to Europe.

Opiates, cannabis and amphetamine-type stimulants remain the main substances of concern in the region, with record levels of cannabis herb seized in Bangladesh and India in 2017, said the report.

The report also warns of the risks and benefits of medical, scientific and “recreational” use of cannabis and cannabinoids. In several countries, poorly regulated medical cannabis programmes and the associated lower risk perception of cannabis use may have contributed to the legalisation of non-medical cannabis use.