A water-starved village in southern Odisha revives its waterbodies to achieve total sanitation, puts an end to migration 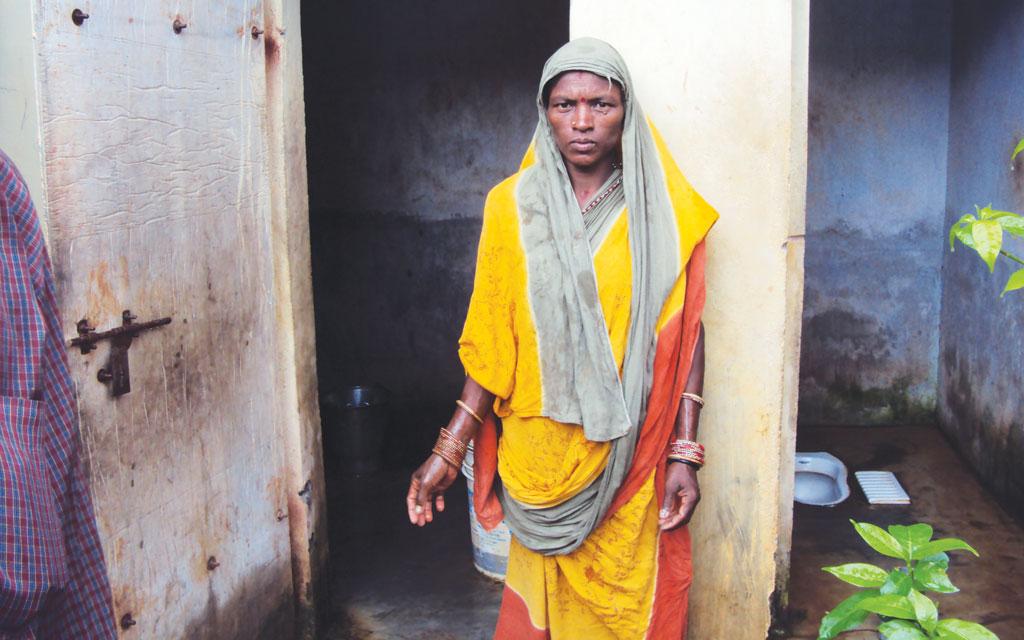 Every day a dozen of experts, government officials and journalists visit this tiny village in Odisha’s Ganjam district to learn how the practice of open defecation can be stopped forever. But the resi dents of Tamana often open a conversation with the visitors by narrating how their lives have improved and agricultural production has boomed in the past two and a half decades.

“As a child, I used to accompany my mother to fetch water from streams flowing through hills 10 kilometres away,” says Parbeena Prusty, a 36-year-old teacher. “We would take bath only twice a week. But these days, my house has round-the-clock water supply, a toilet and a bathroom,” she adds.

“My husband does not go to cities in search of menial jobs these days,” says Chanchala Jani, a landless farmer who built a toilet in her house in 1998. “The best part is that we now harvest ample vegetables and fruits from our kitchen garden,” she adds. “The economic status of all the 150-odd house- holds in the village has improved since we decided to construct toilets,” says Banamali Mallika, another resident, adding that the village achieved total sanitation much before the Union government launched its first campaign under the Nirmal Bharat Abhiyan in 1999.

These are remarkable achievements for a village where most people live below the poverty line and farmers had abandoned agriculture in the early 1980s due to the unavailability of water. But how can toilets usher in such dramatic changes in a village?

It all began in 1992 when a Berhampur-based non-profit Gram Vikas approached Tamana’s residents and persuaded them to build sanitation facilities. “We accepted its proposal as it focussed on the assured supply of water,” says Mallika.

Since total sanitation cannot be achieved unless everybody adopts safe sanitation practices, Gram Vikas emphasised social inclusion and contribution from people. “We formed a village executive committee (VEC) with representation from all house- holds and with 50 per cent participation of women to facilitate the construction and maintenance works,” says Mallika, now a member of the committee.

“We also established a corpus fund with one-time compulsory contribution from people. Since most people in the village are poor, the contribution amount was limited to Rs 1,000. Those who did not wish to part with cash were allowed to deposit a piece of any precious metal,” recalls Mallika.

The VEC now uses the interest from the corpus fund—which was of Rs 1.5 lakh till the end of 2016—to help new households construct toilets. “This ensures that no one defecates in the open even after families expand or split into multiple households,” says Joe Mediath, founder of Gram Vikas.

For round-the-clock water supply, the VEC adopted a two-pronged strategy. First, it revived the village pond that had silted up and diverted a stream flowing on the nearby hill to the pond. Motor pumps were installed in the pond to transport water to an 80,000-litre overhead tank built with the help of Gram Vikas. Funds from rural drinking water supply schemes, such as the erstwhile Swajaldhara (now renamed the National Rural Drinking Water Progra mme) and the Rural Health and Environ ment Programme, and interest accrued on the corpus fund were used to lay the water supply network across the village and to provide three connections to each house- hold—one each for the kitchen, bathroom and the toilet.

Though people have access to round-the-clock water supply, they do not waste water, says Mediath. This is because the more water they use, the more they will have to pay for the electricity needed to lift water to the overhead tank, he adds.

To ensure that the stream does not get silted, VEC devised a novel plan. It allotted barren patches of the catchment, spanning 150 hectares (ha), among all households and encouraged them to plant commercially viable species. This came as a boon to land- less farmers like Jani. “We were allotted 1 ha next to the stream where we planted banana, rubber and cashew nuts,” says Jani, adding that she earns Rs 5,000-6,000 a month by selling the produce.

The benefits are not limited to economic gains. The village residents Down To Earth spoke to say about 20 streams have emerged from the hills since they have started prote cting the catchment area.

Buoyed by the achievement, the resi dents have revived eight more traditional ponds in and around the village and diver ted nearby streams to the ponds since 2006. The revival and diversion works were done under the Mahatma Gandhi National Rural Employment Guarantee Act so that people could get paid for work.

And fortune flowed in

With an assured supply of irrigation water, farmers in the village started growing three crops a year, says Babula Nayak, who grows guava, papaya, pineapple, banana, jackfruit and berries along with paddy on his 1 ha farm. “Productivity has gone up because people now use dry compost from their twin-pit latrines in their fields and kitchen gardens,” he adds (see ‘A twinpit mine’).

With increased availability of agricul tural residue, several people in the village have bought cattle in recent years, adding to their sources of income. An estimate by Gram Vikas shows that incidences of water-borne diseases like cholera and diarrhoea have reduced by 85 per cent in the past three decades. The village also reports very few cases of malaria, says a 2015 report by US-based non-profit National Bureau of Economic Research.

“About 86 per cent of rural households in Odisha defecate in the open,” says Mediath. “To achieve total sanitation by 2019, the state government will have to construct at least 1.5 million toilets a year over the next three years. This can be achieved only through decentralisation and a bottom-up approach,” Mediath adds.

The story has been taken from the 1-15 February, 2017 edition of Down To Earth magazine