The state also has the second-highest number of cases of malnourished children (43.9 per cent) in India 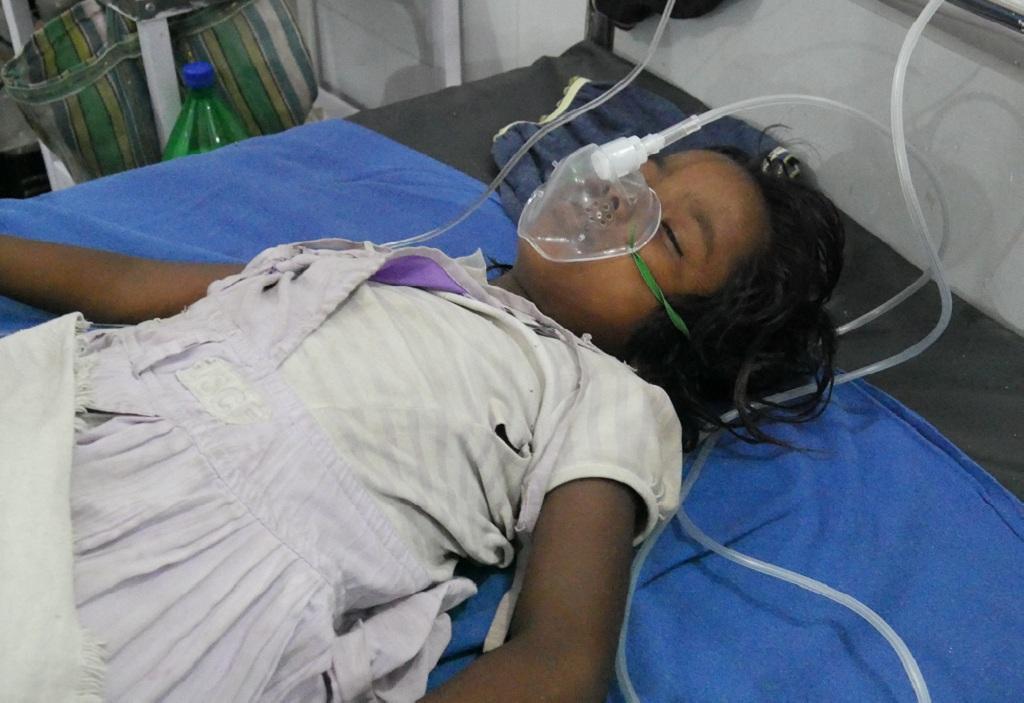 Imagine a dilapidated room, with plaster-less walls and no doors or window panes — welcome to an anganwadi centre (AWC) in Talimpur village (district East Champaran, Bihar). Forget a toilet, the building neither has a hand-wash facility nor drinking water; a separate central fund was to be marked for such provisions though.

Talimpur wasn’t an exception. The condition was equally appalling at most AWCs Down To Earth visited in Muzaffarpur, East Champaran and Sitamarhi districts.

“I have to ferry chairs, utensils and other items to cook, charts for teaching children, and my registers from my home every day,” the sevika — the main service provider — at the Talimpur AWC told Down To Earth.

After the recent outbreak of Acute Encephalitis Syndrome (AES) in the state, in which 171 children died, doctors at Muzaffarpur’s Sri Krishna Medical College and Hospital (SKMCH) said almost all AES-affected children they attended were malnourished. The hospital was crucial during the outbreak.

In Bihar, 43.9 per cent children (under five) are underweight. The rate is second only to Jharkhand.

An AWC has a sevika and a sahaiyka (to help cook). Each centre serves a set weekly menu of breakfast and lunch to some 40 children (aged 3-5). Another 40 babies (up to 3 years), eight pregnant and eight lactating mothers get take-home ration of 2.5 kilogramme rice, 2.5 kg dal and some soyabean each.

Many centres, however, need to provide such supplementary nutrition, to more recipients than they can afford. Many remain unregistered and consequently, undernourished.

DTE spoke to 50 families who lost their children to AES in 10 villages of the three districts. Barring two, all said their children were either not registered at AWCs, or there was no nearby centre at all.

“There is no AWC in my ward. I took my son to the neighbouring ward, but the sevika said she couldn’t take on more children,” said Asha Devi of Jamalabad village of Muzaffarpur’s Musahari block.

On the other hand, the sevika OF Talimpur — which has also lost two children to AES — said: “There are way more kids than I can register. I have to face the wrath of the parents.” The centres generally try to accommodate only one member of a family even if more are eligible to increase the number of families covered, she added.

This violates a 2014 Supreme Court order to universalise AWC services. The Bihar government wrote to district magistrates in 2014 and 2015 to implement it.

A little more than a third of children in Bihar were served by AWCs, according to the last National Family Health Survey.

Each centre has a monthly budget of 17,000-18,000, often delayed and at times denied. One sevika of an AWC in Sitamarhi complained of not receiving a paisa in her two-year tenure despite repeated requests to her supervisor and the concerned child development programme officer. “I can only teach the children, can’t serve them food,” she said.

Another sevika from the district said she received funds last in March; children have been going without food ever since. Almost all the sevikas DTE spoke to said they buy biscuits from their own pocket.

“If we don’t, the children will stop coming won’t turn turn up even when I have the funds. Supervisors will then serve us notices for their absence,” said one sevika in Muzaffarpur’s Kanti block.

An ICDS survey in that district found 27,000 of 2.96 lakh children registered in AWCs malnourished. The level of malnourishment in those not registered was not known.

Many sevikas didn’t receive timely salaries. “I get paid twice a year for six months each. My husband does not work and I have four children to take care,” said one of them. They also complained about being assigned tasks other than their own responsibilities.

“This explains the lack of ownership in the AWC workers, on whom the onus of providing nutrition lies, said Dr Shakeel, the Bihar coordinator of Jan Swasthya Abhiyan.

A 2017 report by the Comptroller and Auditor General found gaps in ICDS implementation in Bihar. None of the AWCs checked provided SNP for the mandated 300 days a year. Budget outlays were inadequate. Universalising SNPs would make the gaps wider.

The health department’s role can also be scrutinised. “Fund utilisation for most (nutrition) interventions within National Health Mission (NHM) is low. Of the eight schemes/interventions, the expenditure as a proportion of the total funds available is less than 10 per cent in five schemes/interventions,” according to a Unicef-CBGA paper from 2017.

The education department could help tackle malnutrition too through mid-day meals. However, according to a research paper published in MIER Journal of Educational Studies, Trends and Practises in 2016, diets were inadequate in all food groups (micronutrients, proteins, etc).

After the recent AES outbreak, on June 20, 2019, Bihar’s ICDS department sent advisories to programme officers of all 38 districts, asking “all anganwadi sevikas should give supplementary nutrition to children under their jurisdiction so that AES cases can be reduced.”

“There is absolutely no dearth of schemes to tackle malnutrition; two things are needed: Convergence of all departments such as health, social welfare and education and effective monitoring and implementation,” said a nutrition expert, whose non-profit works with the state government on nutrition.