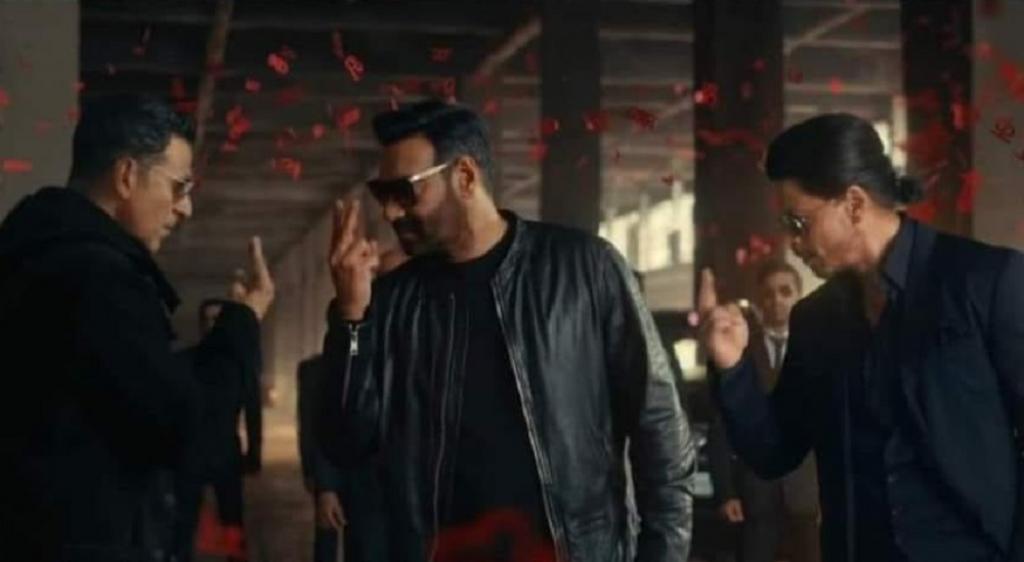 Health activists have criticised the ‘apology’ offered by Bollywood actor Akshay Kumar to his fans after facing flak for appearing in an advertisement endorsing a popular pan masala brand.

The advertisement, which aired recently, showed Kumar alongside his peers and Bollywood veterans, Ajay Devgn and Shah Rukh Khan. 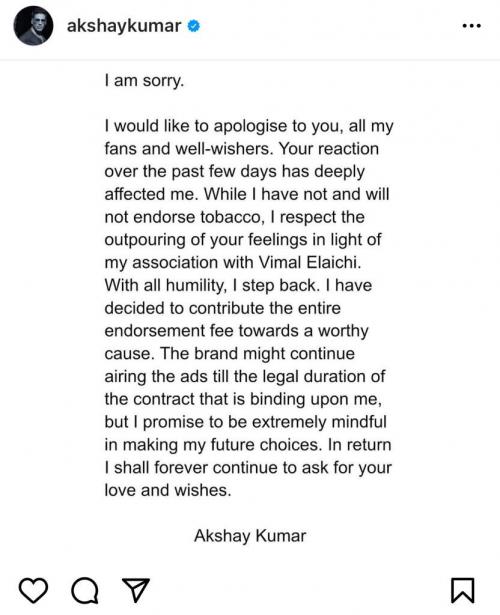 “The ad will continue. The damage that the ad will do in terms of influencing people, his fans and followers and everybody else, is done. The business of selling tobacco, gutkha and pan masala and cancer-causing substances will flourish. So how does this apology help? Will people see the apology or the ad?” Bhavna Mukhopadhyay, chief executive officer of Voluntary Health Association of India, told Down To Earth.

Mukhopadhyaya pointed out that Kumar had promised never to endorse tobacco products a few years back “despite getting a lot of offers”.

“He had said it was a matter of principle. What has led him to endorse them now?” she asked.

“Celebrities need to be sensitive towards their fans and remember they have a responsibility towards them. They should not be endorsing these products in the first place. Surely, this money can be used for tobacco control work, but the damage has been done,” Monika Arora, director, health promotion division, Public Health Foundation of India, told Down To Earth.

Both, Mukhopadhyaya and Arora also pointed towards the practice of tobacco companies to indulge in surrogate advertising.

“Tobacco companies claim to be selling cardamom or fennel. But you will not come across any such products in the market. This is all a fabrication. Alcohol companies do likewise. And it is ensnaring young people,” Mukhopadhyaya, said.

Arora noted that the law was very clear about not allowing any brand extensions, stretching, sponsorships or surrogate advertising.

“But gutkha companies have the same brand for cardamom and gutkha, as in this case. A young child will not be able to distinguish when s/he go to buy such a product as to whether it is cardamom or gutkha. This is playing with their young minds,” Arora said.

Both urged for amending the Cigarettes and Other Tobacco Products Act (COTPA), 2003.

“There has been talk in the past seven years about amending COTPA, which regulates tobacco substances. Several groups have urged the inclusion of a clause that will make it clear that one cannot do surrogate advertising for a brand name that sells tobacco,” Mukhopadhyaya said.

She stressed that COTPA must be amended because it is very old:

It came in 2003. And now it is 2022. A lot of water has flown under the bridge. There was no social media at that time. And a lot of violations are happening currently on social media. There is an urgency to amend it.

It is essential to amend COTPA so that there is a comprehensive ban on tobacco products advertising and the tobacco industry is unable to find gaps to circumvent provisions of the law, she added.

“COTPA definitely needs amendment to be able to address social media streaming platforms so that all kind of advertising is banned across all channels. I think a high-level committee which has members from the Union Ministry of Information and Broadcasting as well as the Ministry of Health and Family Welfare is required to address such violations,” Arora said.