About 76.5 per cent of the people in the district are poor

While India moved 271 million people out of poverty between 2005-06 and 2015-16, the country still has the largest number of people (364 million) living in multidimensional poverty.

Multidimensional poverty in Africa in 2015-16

India is followed by Nigeria (97 million), Ethiopia (86 million) and Bangladesh (67 million). Interestingly, Nigeria and Democratic Republic of Congo are estimated to have more than 40 per cent of the world’s extremely poor people by 2050.

Nearly two-thirds of Sub-Saharan Africa’s children are multidimensionally poor.  More worryingly, with 342 million people living in severe poverty, the region is home to 56 per cent of the severely poor people in the world.

The global MPI—which was first developed in 2020 by the United Nations Development Programme and the Oxford Poverty and Human Development Initiative—is measured based on 10 crucial indicators, including nutrition, sanitation, housing and years of schooling.

According to the index, 46 per cent (612 million) of all the poor people are deprived in at least half of the indicators. These people are severely poor and do not come close to the MPI poverty cutoff.

Nearly 90 per cent of 1.3 billion MPI poor people depend on wood, dung, coal or charcoal for cooking despite the fact that these dirty cooking fuels are hazardous. Similarly, four out of five MPI poor people lack adequately hygienic toilets such as composting toilet, protected pit latrine or a toilet that flushes to a sewage system.

According to 2018 Global MPI, almost half of the multidimensionally poor people (49.9 per cent or 666 million) are children under 18 years. Out of the 666 million children who are spending their childhood in multidimensional poverty, 40 per cent are living in severe poverty. “High prevalence of child poverty is a clarion call for action,” the report observes.

Multidimensional Poverty in India in 2015-16

In 2015-16, MPI poor in India were more than 364 million, greater than the combined population of Germany, France, UK, Spain, Portugal, Italy, the Netherlands and Belgium.

About 27.5 per cent of India’s population in 2015-16 was identified as multidimensionally poor and 8.6 per cent of the country’s people live in extreme poverty. In almost every state, poor nutrition is the largest contributor to multidimensional poverty. Child mortality (3.3 per cent) and lack of sufficient access to clean water (2.8 per cent) are the least contributing factors, according to the MPI report. When it comes to concentration of poor people, there is a “clear divide between districts located in southern and north-central India.” 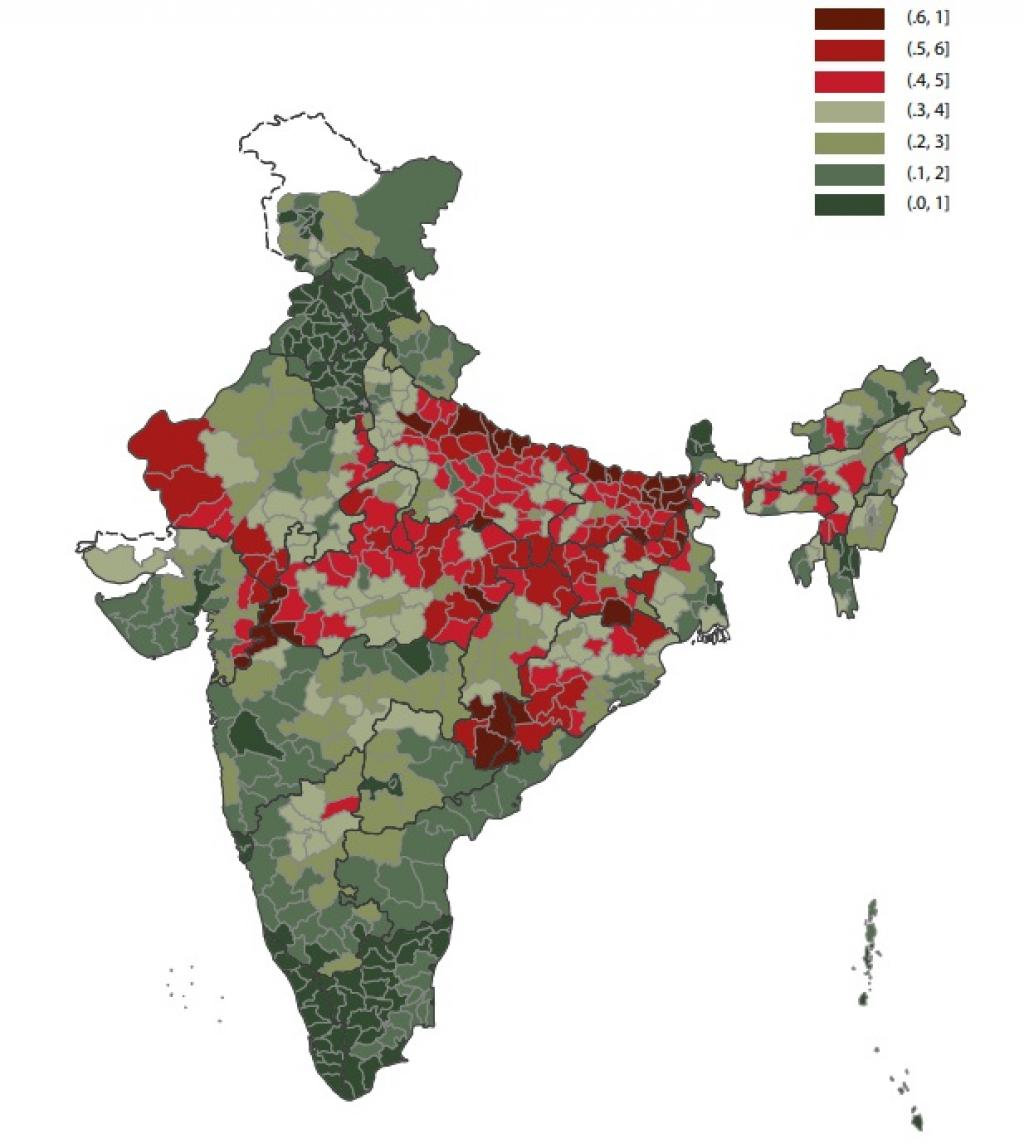 Alirajpur district in Madhya Pradesh is the poorest in the country where 76.5 per cent of people are poor.

Eradicating all forms of poverty is considered an “indispensable requirement for sustainable development” and “the greatest global challenge”. It would, according to the MPI report, need apt policy analysis, consistent attention by governments and civil society organisations, and innovative leadership by philanthropists.