As the world observes the Antibiotic Awareness Week, it is vital that the environmental spread of antimicrobial resistance is duly recognised and addressed 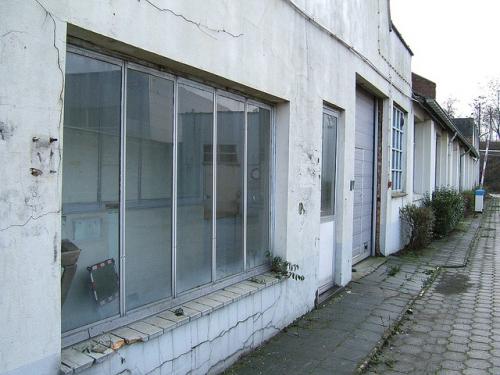 A report published by global think-tank Changing Markets says pharmaceutical companies are contributing to the spread of drug-resistant infections through unhygienic production processes and dumping of inadequately-treated antibiotic waste.

The study targets pharmaceutical manufacturing sites in India, which is a hub of drug production, and reports for the first time the presence of drug-resistant bacteria at these places.

Ground-level research and subsequent analysis of water samples by investigative agency Ecostorm found high levels of drug-resistant bacteria in Hyderabad, New Delhi and Chennai. The report sheds light on the supply chain that links these factory sites to companies, public health services and hospitals based in the United States and Europe.

According to the report, pharmaceutical factories were found to be bacteria hotspots resistant to three major classes of antibiotics: cephalosporins, carbapenems and fluoroquinolones.

Effluents from pharmaceutical industries, sewage and wastes discharged from animal farms, hospitals and clinics as well as disposal of unused/expired antibiotics in domestic settings also contribute to the spread of antibiotic residues and drug-resistant bacteria in the environment. The pharmaceutical manufacturing and research sector is by far the largest contributor to environmental pollution by antimicrobials.

The environmental link to antimicrobial resistance (AMR) is complex and requires adequate research, feel experts. The report is the right step in this direction and adds to the current knowhow of the impacts of antimicrobial pollution in our environment.

A previous briefing by the European Public Health Alliance and Changing Markets highlights the pharmaceutical industry’s role in contributing to the environmental spread of AMR.

Earlier, an analysis done by Delhi-based non-profit Centre for Science and Environment of the inspection reports of 15 bulk drug industries in Patancheru, Hyderabad, showed the absence of effective vigilance and grave violations in the existing regulations.

Standards for the pharmaceutical industry are confined to summary parameters such as the biological oxygen demand, suspended solids, oil and grease with no specific standard mentioned about antibiotics or the bacterial load present.

At the same time, there is also no framework for monitoring waste produced by the pharmaceutical industry, intensive animal farms and hospitals for antibiotic residue or resistant bacteria.

AMR has been recognised as a global pandemic and is the focus of significant international attention. There has been an increase in momentum across the world to address this threat.

In 2015, the World Health Organization (WHO) adopted the Global Action Plan (GAP) on AMR. In September this year, the Food and Agriculture Organization (FAO) released its action plan on AMR aimed at supporting the food and agricultural sectors in implementing GAP.

The high-level meeting on AMR at this year’s UN General Assembly in September focused on garnering significant political commitment from countries worldwide. WHO, FAO and the World Organization for Animal Health has entered into a collaboration to address the issue. However, while the human and animal side of the problem are being widely accepted, debated and discussed, focus on the environmental spread of AMR requires greater attention.

Ahead of the UN meeting, 13 global pharmaceutical companies pledged to reduce environmental impact of antibiotic production. They agreed to review manufacturing and supply chains to make sure they adhered to good practices and were not releasing antibiotics into the environment.

A recent analysis of the country-wide National Action Plans on AMR by CSE indicates that there is limited focus on its environmental aspects. While developed countries are recognising this vital issue and highlighting the need for more research and environmental monitoring studies in their action plans, developing countries remain limited to improved biosecurity measures and implementing good animal husbandry and aquaculture practices.

An international workshop on the action plans of developing countries on AMR was recently organised by CSE as a precursor to the World Antibiotic Awareness Week (November 14-20, 2016).

Experts agree that while there is need for improved infection prevention and coordinated research for evidence generation to establish the environmental spread of AMR, a framework for addressing this issue should also be developed gradually.

Considering that possible sources of AMR spread in the environment, all wastewater discharge from such sources should be considered as industrial effluents and appropriate standards for antibiotics below detection limits should be set. Equal importance should be given to the management of solid waste generated from poultry and livestock farms, hospital wastes and domestic settings.