Antimicrobial resistance is a worry as in several other African countries 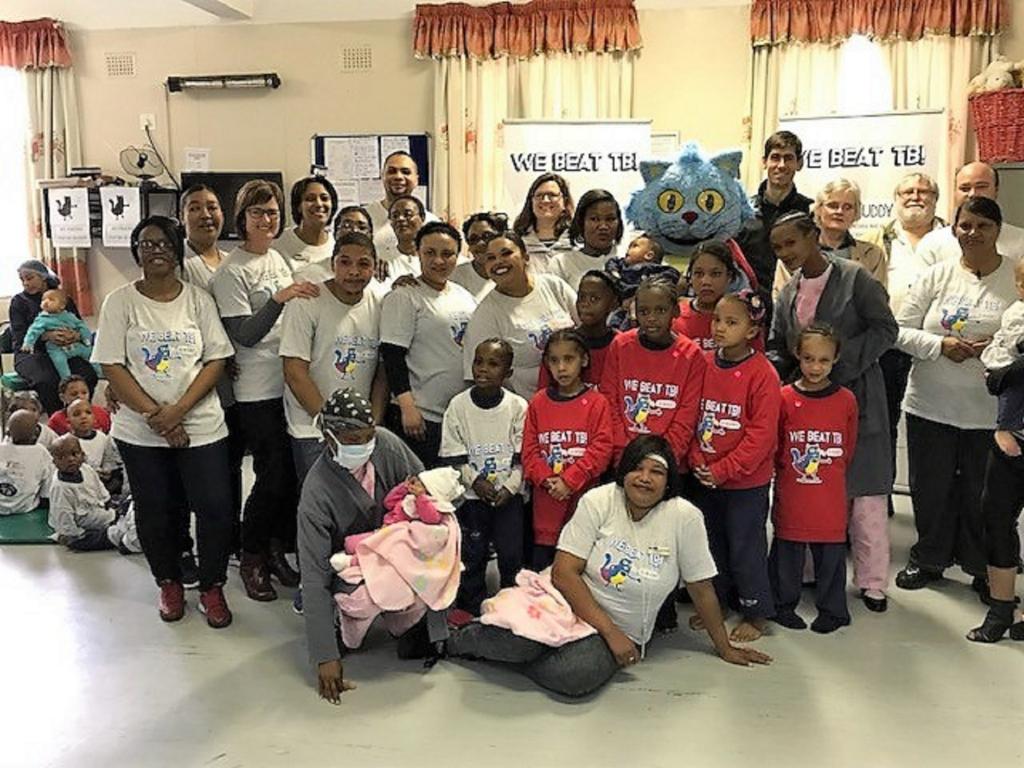 A decade since family physician Norbert Ndjeka became director of drug-resistant TB, TB and HIV at South Africa’s Department of Health, the job is still a hot seat of responsibilities. The country persistently features among those with the highest cases of such epidemic infections.

“Starting the job in 2009 was like baptism by fire,” Ndjeka says. At the time, multi-drug resistant tuberculosis (MDR-TB) had already formally been treated in South Africa for nine years.

The first cases were diagnosed and cared for well before 2000 in the Western Cape, the southernmost province. Today, up to 70 per cent of all MDR-TB cases in South Africa emerge in its most populated provinces — KwaZulu-Natal, the Eastern Cape, Gauteng and the Western Cape.

Ndjeka looks back at the second decade of the new millennium with some relief — many patients have at least survived infection. He thanks a combination of new oral drugs (eg, bedaquiline and delamanid), which provided shorter, injection-free treatment.

But “new drugs alone cannot solve the problem,” Ndjeka told Down To Earth.

Major operational interventions — like the provision of decentralised care since 2011 and better diagnostics — have strengthened South Africa’s efforts against drug-resistant TB.

Back in 2009, things were bleak. Nearly 4,000 new MDR-TB and about 500 extensively drug-resistant (XDR-TB) cases diagnosed every year all received treatment for 24 months.

Now two out of three drug-resistant patients are put on a newer, shorter, nine-month treatment regime; the rest (including all XDR patients) are treated for 18 months.

Ndjeka’s statistics for 2017 show 67 per cent of patients on the shorter programme were cured, with only 10 per cent dropping out. XDR patients’ survival rate was even more significant.

“We have reversed it from 10 per cent success to 58 per cent,” Ndjeka says with some relief. “The death rate of patients has decreased significantly, and as a result we have more favourable patient outcomes.”

The rate may have improved, but the caseload of drug-resistant patients has increased in the past 10 years. “That’s because of better diagnostics,” Ndjeka claims.

South Africa became the first country to start using Genexpert in 2016. The molecular test detects the DNA of TB bacteria in people’s sputum.

In June 2018, the health department decided to make bedaquiline available to all drug-resistant TB patients. This followed positive tests since 2013 under controlled conditions of 200 patients who were either pre-XDR TB or had XDR TB.

Some of the injected drugs previously used caused side-effects — deafness, dizziness, decreased liver and kidney functions, sores from daily injections. Even children had to endure them.

“Injections are still used in countries like India with a heavy TB burden. Hopefully data from South Africa, being reviewed by the World Health Organization (WHO), will make them decide to recommend oral treatment,” Ndjeka says.

One South African policy that the WHO has already adopted is that of decentralised care. Since 2011 all South African TB (susceptible and resistant) patients have access to diagnoses and treatment as close as possible to where they live — even at home.

Earlier they had to stay for months at designated TB hospitals.

The model was earlier implemented by non-government organisations (NGO) in Peru and the Philippines. South Africa was the first where the government took it up.

In 2011, the country had 17 MDR treatment centres across its 52 health districts. Today there are 658 such sites in 90 per cent of its subdistricts. “This has meant much more cooperation from patients and improved success rates,” Ndjeka claims.

Regular audits of facilities in various provinces and districts with the highest number of initiates of drug-resistant TB was also valuable, he adds.

“These days, only very sick, bedridden patients or those who react badly to medication are admitted to TB hospitals,” says Jacques Cronje, medical manager of Sonstraal TB hospital in Paarl, a Western Cape town.

The hospital’s on-site pharmacy dispenses medicine to clinics in the greater Winelands area of the Cape that among them care for 200 drug-resistant cases. Medicine for those 200 costs the state up to 3 million rands (around $205,000) per year, Cronje says.

Of the 84 beds at Sonstraal, a regional facility, 32 are set aside for drug-resistant patients, Cronje says. Most patients are discharged once they are stronger and continue treatment in association with local clinics or at home.

Some still stay for the full term as logistics or living conditions make it difficult for them to adhere to the treatment.

Ensuring that patients complete their treatment remains an issue. Stopping-and-starting is one of the reasons why drug resistance develops.

That’s were an army of trained Directly Observed Treatment (DOTS) providers all over South Africa play a major role. They are managed by local clinics or NGOs and visit patients at their homes.

Wagon of Hope, one such NGO, is among the government’s key partners. It is situated some 5 kilometers from the Sonstraal hospital in a predominantly black residential area of Mbekweni. Its 160 patients (5 per cent with drug-resistant TB) were placed in its care via the local clinic next door.

Fifteen DOTS workers cover 22 kilometres. They set out at 7 every morning, on foot or motor vans in groups of two for patients’ homes. They visit some of the poorest, under-serviced parts of Drakenstein, a district known for fine wine farms and beautiful valleys and mountains.

“Patients drink their medicine with a cup of water right in front of the DOTS provider every day at an appointed time,” explains Ally Makusa, a trained public health manager and a team lead at the NGO since its inception 16 years ago. A sticker on his open office window proclaims the mantra of many TB awareness campaign: ‘Keep the door and windows open to let fresh air in’.

“There are TB hotspots, 95 per cent of which are in poverty-stricken areas,” he says. High-incidence residential areas include Chicago, Smartietown, Simondium, New Res, Paton Place, Langabuya, White City and Carterville, where his colleagues work.

“People are put on DOTS because of poor adherence, to ensure they complete their treatment,” he repeatedly stresses. “Poor adherence is why many become drug-resistant.”

His frustrations are shared by Cronje, who knows of at least two incidences in Sonstraal’s catchment area: One family member contracted XDR-TB, did not want to complete treatment, infected the immediate family and died.

South Africa, like many other countries, has entered a post-antibiotic era, says Marc Mendelson, chair of the ministerial advisory committee on AMR and co-chair of the South African Antibiotic Stewardship Programme.

Mendelson, a professor of infectious diseases at the University of Cape Town, sees AMR play out in more than just the TB sphere.

Countrywide, doctors are increasingly struggling to treat pneumonia and infections of the urinary tract, bloodstream, skin and soft tissue, all caused by bacteria.

“South Africa, along with its BRIC partners, have shown the largest percentage increase in antibiotic consumption this decade; levels of resistance to standard antibiotics in bacteria causing such common infections is high,” he says.

Import data for antimicrobials between 2014 and 2015 estimates procurement for animal health at 23-36 per cent and for human at 74-77 per cent. These figures were published in South Africa’s first national Surveillance for Antimicrobial Resistance and Consumption of Antibiotics Surveillance Report, released in November 2018.

It shows that at 21,149 standard units per 1,000 population, antibiotic use by humans were significantly higher in South Africa in 2015 than in other countries.

Mendelson says although most bacterial infections acquired in communities are still sensitive to first line antibiotics, “the story is different” in the country’s hospitals.

Many secondary and tertiary-level hospitals use antibiotics of last resort against MDR/XDR-bacterial infections. In a few cases, some bacteria related to hospital-acquired infections are now untreatable due to resistance to all available antibiotics.

“Infections acquired in hospitals are particularly likely to be MDR due to vulnerable patients who have often already had courses of antibiotics (from community doctors),” Mendelson explains.

The health department takes AMR seriously, he adds, with government structures such as a ministerial advisory committee, an implementation plan and standards of practice. There, however, is a funding gap as AMR is only one of the many health challenges.

In 2013, an 86-year old South African man went to a hospital for a heart surgery. During the course of his stay, he was infected by a bacterium that caused pneumonia. Despite best efforts by doctors, he died.

Details about him are sketchy, but those in the know have since been quite clear about the bug that the doctors could not stop. It was a Klebsiella pneumoniae bacterium resistant to all available antibiotics.

A year later, National Department of Health Director-General Precious Matsoso wrote about it in her preamble to the new AMR National Strategy Framework 2014-2024: “It exemplified the most extreme case of multi-drug resistant (MDR) bacterial infection yet documented in South Africa.”

The framework was developed and launched with the commitment of most key stakeholders within human and animal health, agriculture as well as science and technology sectors. It aims to give guidance on how to manage AMR, limit further increases in resistant microbial infections and improve patient outcomes.

“The policy prioritises resistance of bacterial infections other than TB to antibiotics, because structures addressing these issues in the TB and HIV sphere had already been in place at the national Department of Health. However, many of the interventions included in the strategy apply equally to all antimicrobials.”

The strategy hinges on:

Education is also a key enabler for all levels of health providers in human health and agriculture in the critical concepts of AMS, infection control, infectious diseases, microbiology and pharmacology.

Communication, creating awareness and enhancing patient advocacy about the dangers of inappropriate antimicrobial use is also key. The efforts are among others coordinated by the South African Antibiotic Stewardship Programme , supported by the Federation of Infectious Diseases Societies of Southern Africa.

The country’s health minister recently signed an antibiotic guardian pledge, with a country-specific programme of the initiative that has its roots in England.