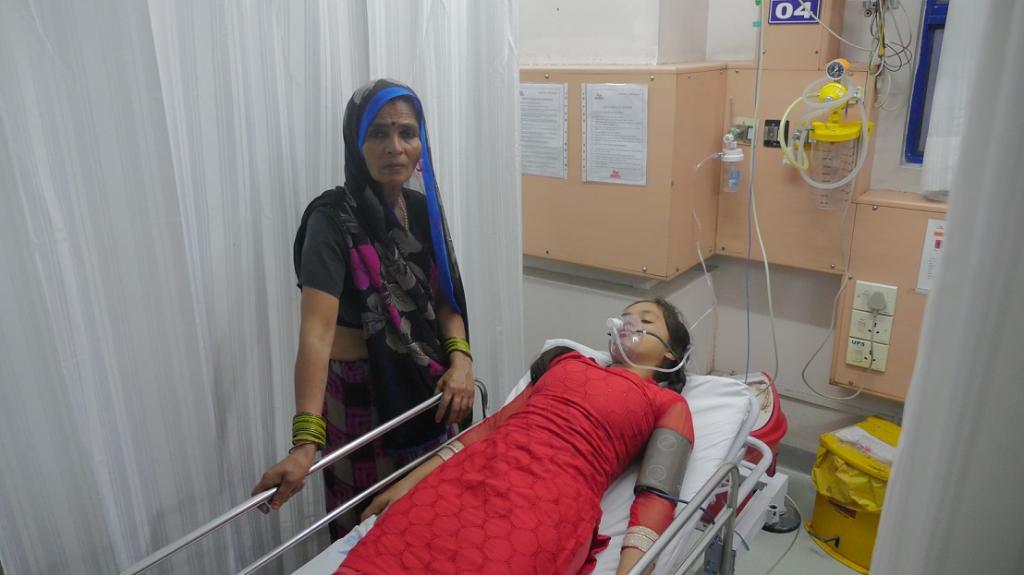 At least two dozen students fainted and the rest complained of nausea, uneasiness, itching and tears in eyes, according to the reports.

The affected students were rushed to district hospitals. Few of them were referred to hospitals in Muzaffarnagar and Meerut. Their condition is believed to be stable. More than 175 students have been discharged from the hospital.

A local journalist, requesting anonymity, says that the incident happened in the morning when the workers at the sugar mill started destroying the waste by using some chemicals.

The students, who were reportedly passing through the place, got affected by the gas emitting from the waste. As soon as they reached the school, they started feeling breathless.

The chief medical officer of the district has ordered a probe into the incident after the parents started protesting against carelessness of the sugar mill in disposing of its waste and demanded action against the administrators.

The sugar mill has been reportedly sealed off and chief minister Yogi Adityanath has also asked Shaharanpur police to investigate the case.

This May, at least 300 students in Delhi fell ill after gas leak from a container depot near their school.