As ODF deadline nears, govt should focus on key areas

While we near the deadline of October 2, 2019 for ODF, concerns like non-functional toilets, poor sewage and drainage systems, lack of water, and poor faecal sludge management demand immediate attention of the new government 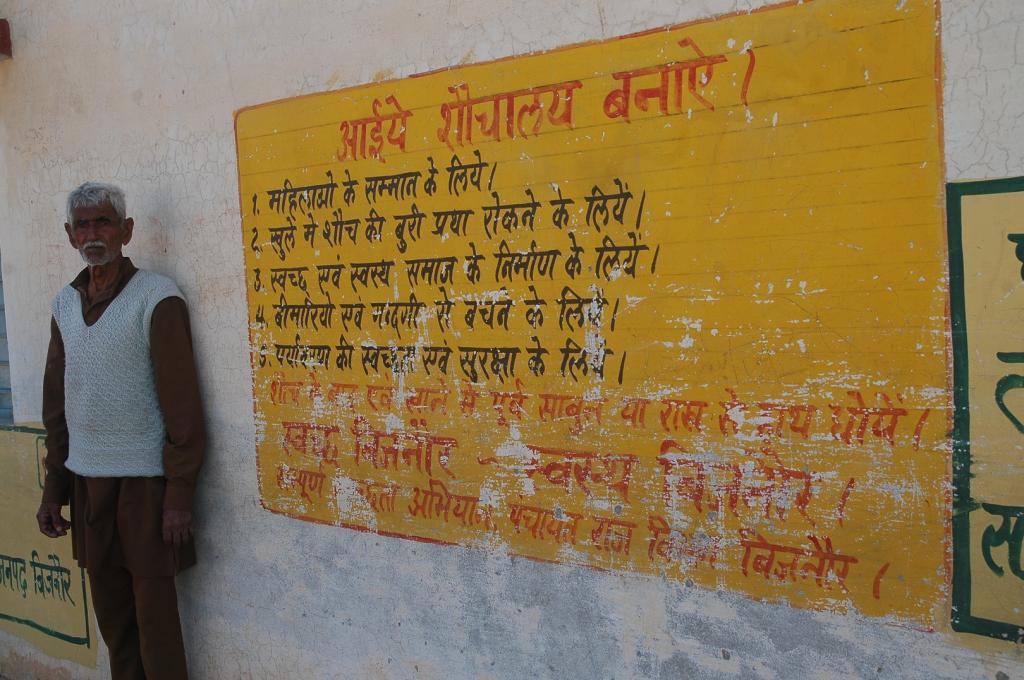 In the last five years India saw a renewed focus on sanitation with the launch of Swachh Bharat Mission (SBM) which aims to provide universal sanitation coverage by providing funds for constructing toilets, promoting solid waste management and awareness about better health and sanitation.

As per government data, over nine crore toilets have been built in rural areas since 2014. While we near the deadline of October 2, 2019, when the government has pledged to make India open defecation free (ODF) by providing access to toilets to all rural households; concerns like non-functional toilets, poor sewage and drainage systems, lack of water, and poor faecal sludge management demand immediate attention of the new government.

A map released in January 2019 by Harvard Centre for Population and Development Studies on sanitation, among other health and development indicators, shows over a 100 out of 543 constituencies where over 73.2 per cent people had pitiable sanitation conditions and another 100-120 where only less than 4.02 per people had access to improved sanitation. 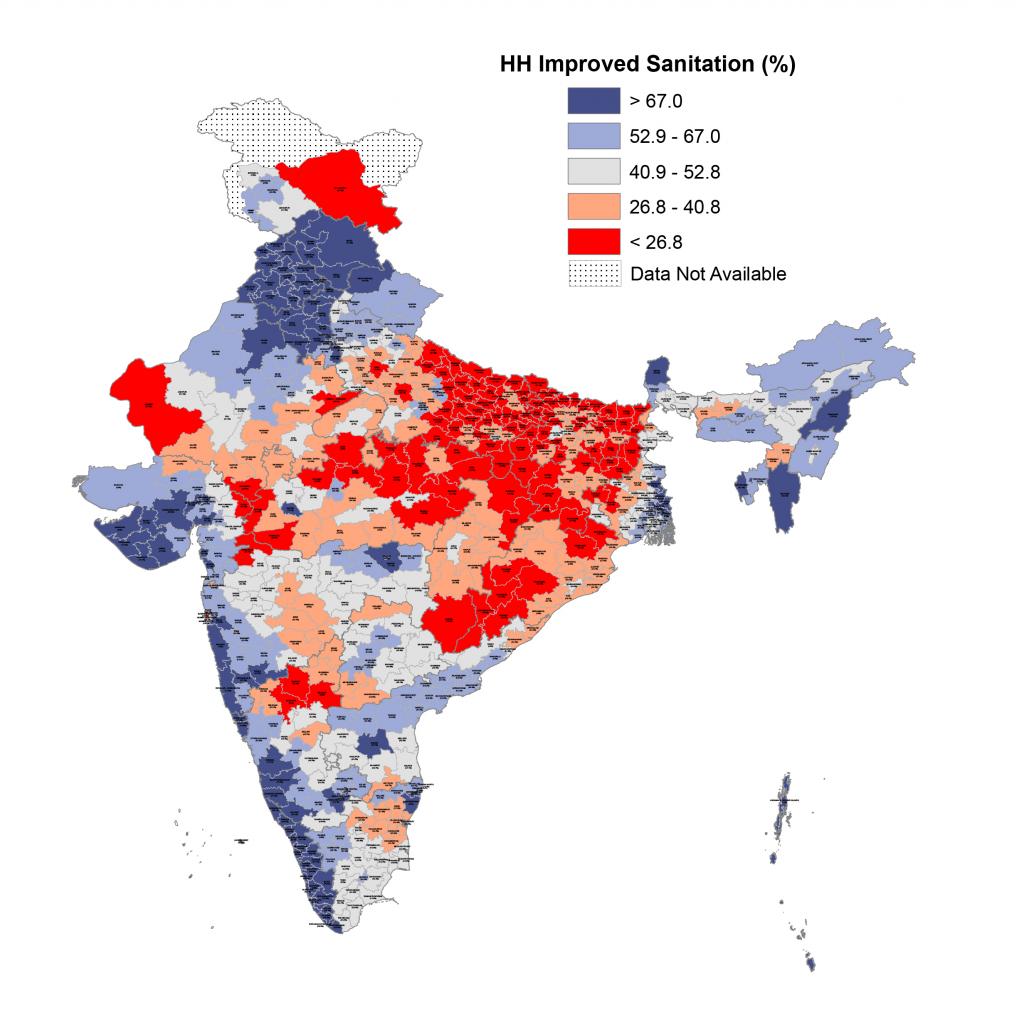 Though the report based its estimates on data from National Family Health Survey and National Sample Survey, 2010-11, 2011-12, and 2014; it can be helpful for parliamentarians to take a stock of the current conditions in their respective areas and frame an action plan accordingly.

The report makes a point that focus on parliamentary constituency-wise data will help give a clear picture on formulating further policies and interventions on specific indicators where a particular constituency might be lagging behind.

Constituencies which were worst performing in terms of sanitation, like Etah, Araria, Tikamgarh, Gonda, Puruliya, Mandla, Palamu, Amethi, Rae Bareli, to name a few, could be made top most priority for review under the flagship Swachh Bharat Mission programme. 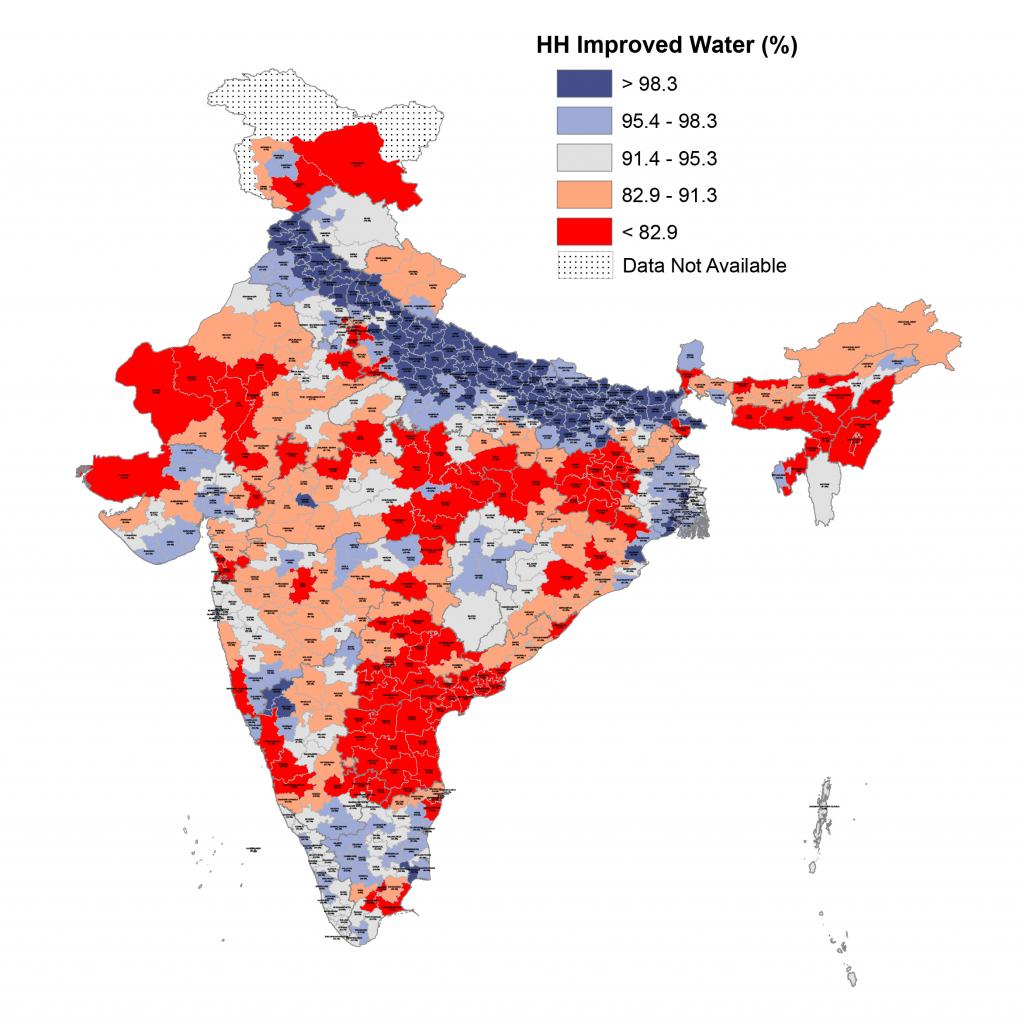 Coming to water, the Harvard report highlights around 120 parliamentary constituencies where less than 82.9 per cent people had access to water. Even metropolitans like Delhi, which has seven constituencies in total, had at least two (north west and south) where households performed poorly on this indicator.

However, as per the map, the situation was much worse in many western Indian constituencies when compared to their other counterparts.