Bihar failing to curb stunting among children due to inadequate fund, poor utilisation

Stunting, which causes irreversible damage, is highest among children in Bihar, where the share of state budget assigned for social welfare is on decline 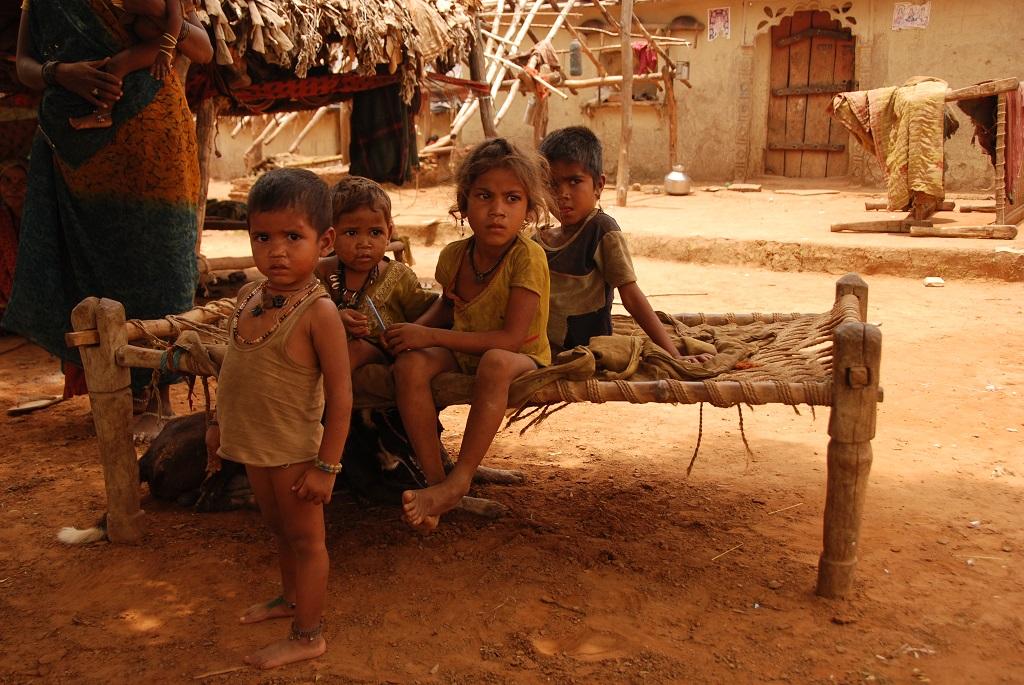 Stunting causes physical and neurocognitive damage that is irreversible in most cases. Credit: Kumar Sambhav Shrivastava

Stunting, which, according to the United Nations Children’s Fund, reflects chronic undernutrition during the most critical periods of growth, is the highest among children in Bihar, says a study. The state has 48 per cent stunted children and yet, the allocation in the state budget for nutrition-specific intervention has decreased from 1.9 per cent to 1.5 per cent between 2014-15 and 2017-18.

Stunting causes physical and neurocognitive damage that is irreversible in most cases. Stunted children have stunted bodies and brains and live stunted lives, hampering development of societies.

The Centre for Budget and Governance Accountability (CBGA), in collaboration with UNICEF India, examined some aspects of public financing for nutrition in Bihar by studying budget outlays and expenditure data of 17 Direct Nutrition Interventions (DNIs) included in India’s policy framework for the last four fiscal years.

“A set of DNIs, when delivered at 90 per cent coverage, can reduce child stunting by 20 per cent. These DNIs are delivered through centrally sponsored schemes of two departments in the state,” says the study while adding that five of nine DNIs in the state utilise less than 10 per cent of the assigned funds. 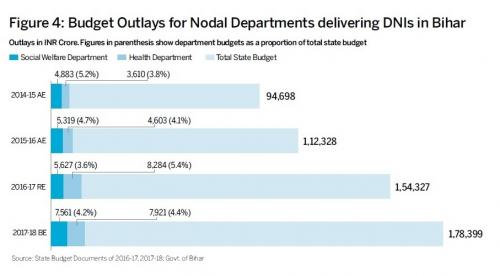 One example of this highlighted in the study is block health action plan (BHAP). The BHAPs, for almost half the blocks in the state, were prepared without inputs from villages, and for other half, BHAP were not prepared at all during 2010-15.

“To address the high levels of child stunting, Bihar needs to significantly increase its investment in nutrition. The resource gaps for almost all DNIs analysed need to be addressed at the earliest. For this, both the Union and Bihar government should increase the budget outlays for the centrally sponsored schemes and within them, budgets for the DNIs,” says the study.

While reiterating that there is a lot to be done in Bihar, the researchers highlight only 10 per cent of the pregnant women in the state consumed iron-folic acid supplements, 35 per cent of children were breastfed within an hour of birth, and only 7.3 per cent of breastfed children received adequate diet.