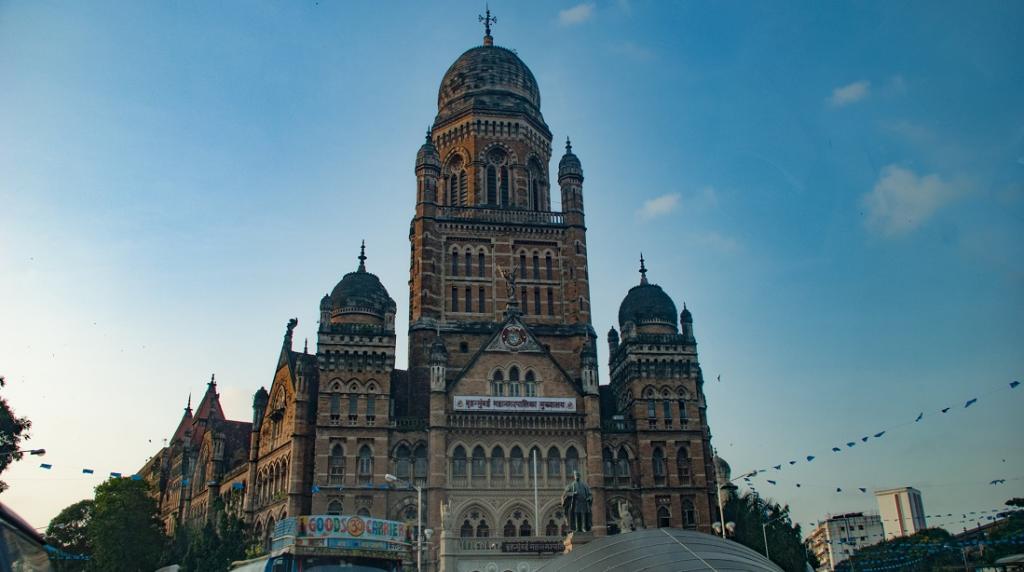 The BMC buidling in Mumbai. Photo: Bikashrd via Wikimedia

Some 24 municipal wards of Mumbai are administered by the BMC. Each ward office has a disaster control room, which has been turned into a COVID response ‘war room’.

Each war room runs 24X7 with teachers and data entry staff working in three shifts — 7 am-3 pm, 3 pm-11 pm and 11 pm-7 am. There are around 15-16 people who work in each shift, though the numbers can increase if there is a rise in cases in a particular ward.

Every shift has at least one doctor on duty who takes calls and counsels and advises people who call. A dedicated helpline number has been set up for each war room to oversee the cases arising in the ward. This line is linked to 30 more lines, thereby allowing 30 calls to be received simultaneously at any given point.

The BMC learnt about the merits of decentralisation the hard way. When the pandemic first hit Mumbai in March 2020, there was one central BMC helpline — 1916.

However, by June, cases were peaking in the city, increasing the load on the central helpline. The arrival of the monsoon brought with it calls related to rain-related incidents such as falling trees and flooding.

The critical helpline was thus completely clogged as the BMC was inundated with calls. BMC Commissioner IS Chahal, who had recently taken charge then, decided that the COVID-19 response had to be decentralised and the ward-level war rooms were set up subsequently.

The war rooms played a key role in addressing the anxieties caused by the pandemic, Mahesh Narvekar, chief of BMC’s disaster management cell, told this reporter.

There was a lot of misinformation about the disease. People thought if you got COVID-19, you were bound to die, which is not the case. This resulted in anxiety and insecurity. By ensuring there was one single phone number to call for any COVID-related issue, the war rooms managed to address the anxieties that people had regarding the disease.

The BMC promoted the numbers through various media include social media and put out information about which areas of the city fell under which ward in case people didn’t know which war room to call.

The day starts with each ward getting a list from the Indian Council of Medical Research about positive cases. The staff at the war room then call each positive patient to ascertain which category they fall in: Symptomatic or asymptomatic, co-morbid, above 60 years of age, etc.

After determining the status of a patient, a doctor from the war room calls the patient to get a better understanding of symptoms and their status.

If someone is symptomatic or has co-morbidities or is over 60 years, a team from the war room visits the patient. If home isolation is recommended for a patient, the staff asks if it is possible for him / her to isolate.

“There are cases where home isolation is not possible. For instance, a small flat with a shared toilet and bathroom. In such cases, we provide institutional quarantine facilities,” Narvekar said.

Over the course of the week, staff from the war rooms call patients for repeated follow ups. Calls are made every alternate day and patients also get an IVR call where they can key in whether their body temperature and oxygen levels are normal.

Patients are also asked to send their readings every morning. It is the sustained follow ups that have helped the BMC in stemming the rise in cases. The rise showed signs of plateauing over the last week.

“We have adopted the strategy to ‘Chase the Virus’ and our continuous follow ups are crucial in this regard,” Narvekar said.

If hospitalisation is needed, patients are informed about the beds that are available in public as well as private hospitals. The BMC has a dashboard that provides near real time updates on the availability of around 22,000 beds across wards in both private and public hospitals.

Narvekar said the war rooms had also ensured that bed allotment across wards was systemised and was done after consultation with the patient: “We continue to reiterate and ask people to call the war rooms and not approach a hospital directly.”

The war rooms get calls not only for beds, but also for tests, ambulances and from people who are developing symptoms but have not yet been tested.