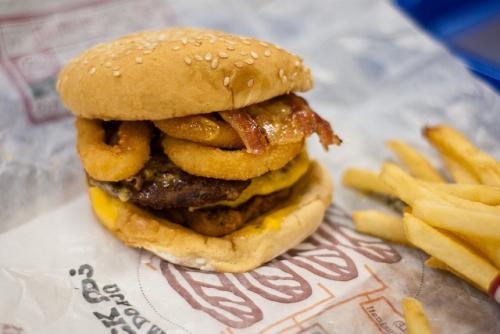 As far as India and its nutritional challenges are concerned, in the past year there have been certain developments towards combating childhood obesity and tackling NCDs.

Other measures followed suit. The Central Board of Secondary Education issued a circular dated January 6, 2016, urging all schools affiliated to the board to ensure that foods high in salt and sugar content such as chips, fried foods, carbonated beverages, ready-to-eat noodles, pizzas, burgers, potato fries, chocolates, candies, samosas and bread pakodas should be made unavailable in school canteens and in places within 200-metre radius of schools.

In March, the Odisha government imposed a ban on the sale of junk foods in the vicinity of all schools, including government and private.

Around the same time, the Delhi government also suggested that schools should consider banning foods high in salt and sugar content in canteens and promote traditional Indian food items to spread create awareness on healthy eating.

According to experts, while these developments are appreciable the need of the hour is to have strict policies as well as implement and enforce them.

It was reported that in 2014, an estimated 41 million children under 5 years were either overweight or obese. Around 48 per cent of these children lived in Asia and 25 per cent in Africa.

Member states at the WHA agreed upon ending childhood obesity and shared the initiatives adopted by the respective countries. These recommendations include strategies to tackle environmental norms that foster obesity, reduce the risk of obesity through the life course and urge children who are already obese to improve their current and future health.

The Republic of Panama acknowledged that the difficulty in guaranteeing availability of healthy foods in school canteens was the most difficult barrier while tackling childhood obesity.

In India, standards for transfats in foods are being debated upon since 2004 by the Union Ministry of Health and Family Welfare.

In 2014, the FSSAI issued a new draft notification to limit the maximum level of transfats in fats, oils and hydrogenated vegetable oils among other things to a 5 per cent (by weight of total quantity) from August 27, 2016. The current limit is 10 per cent.

In European countries such as Denmark and Switzerland, the maximum limit for transfats is 2 per cent of the total fat content in oils and fats, either consumed alone or as part of processed foods since 2004 and 2008 respectively.

In this aspect, India is far behind global standards. Even though the change of the limit to 5 per cent is a welcome move, India should take inspiration from Chinese Taipei and aim at eliminating transfats, health specialists say.

So far, nutrition labeling norms have not been successful in providing consumers the right kind of information about the food products being consumed.

Labeling norms in India do not even require the labeling of salt content in packaged food items. However, nutrition fact labels should include declaration of total fats, transfats, saturated fat, sugar, carbohydrates, proteins, salt/sodium, serving size, number of servings per pack and contribution to recommended daily allowances (in percentage)

Member states reviewed the progress made by countries in addressing NCDs, including heart ailments, lung diseases, cancer and diabetes since the first United Nations high-level meeting on NCDs in 2011.

It was noted that there has been a significant increase in the number of countries with a national multi-sectoral NCD action plan (from 18 to 37 per cent of countries in 2015) and an NCD department within national ministries of health (from 53 to 66 per cent during the same timeframe).

Though there is a link between obesity and incidence of NCDs, it was noted that there has been a slight drop in the following factors:

However, there has been a significant global increase in the prevalence of obesity.

It was noted that there was a need to develop an approach to register and publish the contributions of the private sector in achieving global NCD targets.

Further, to prepare for the third meeting on NCDs in 2018, member states requested the World Health Organization (WHO) to update a set of cost-effective NCD interventions that can be implemented by all countries.

The WHO faced criticism for the functioning of the Global Coordination Mechanisms (GCMs) on NCDs. Non-profits like the International Baby Food Action Network and Medicus Mundi International expressed concern over the lack of commitment in the work plan of GCMs to address the influence of big pharma, food and beverage companies on WHO and the UN policy making on NCDs.

Medicus Mundi said the indicators measuring progress in national capacity needed to be reviewed and that the WHO should move from a system of self review to a system of peer review.

Health Action International commented on the lack of available baseline data for 7 out of 9 targets outlined in WHO’s Global Action Plan for the prevention and control of NCDs (2013-2020). It also suggested that cancer should receive more prominent consideration in the work plan.