For food manufacturers, misleading claims are a way of marketing in India. It's time the government made the regulations stringent and brought about necessary changes in its approach towards food labelling and claims 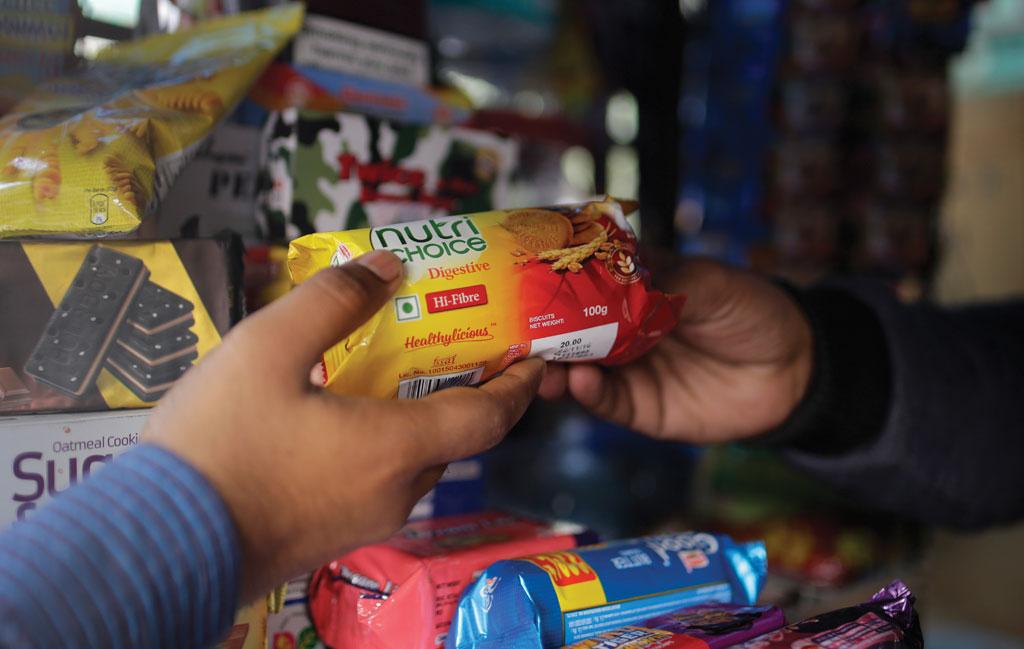 As Nandini Shah, a health-conscious young working mother in New Delhi, enters a supermarket, she knows exactly what to buy. She picks Bournvita for her 11-year-old son and Fortune VIVO Diabetes-Care Oil for her husband. “Bournvita will help build stamina in my son who has interest in sports, and the oil can help manage diabetes of my husband,” she says. Deepti Khanna, a college student from a posh South Delhi locality, carefully reads nutrition facts on the label before buying grocery items. “I prefer NutriChoice Essentials Oats cookies and Sunfeast Farmlite Digestive over other biscuits as they have a high fibre content, are made out of whole grains and have no added sugar,” says Khanna. She also buys ragi (finger millet) cookies for her diabetic father and Saffola Masala Oats for a healthy snack in the morning.

While Shah and Khanna are happy with their choices, the claims based on which they choose the products may not be entirely true. An analysis by Delhi-based Centre for Science and Environment (CSE) shows that several milk-food drinks come loaded with sugar. A serving of Bournvita contains enough sugar to exhaust 57 per cent of one’s daily quota as recommended by the National Institute of Nutrition (NIN) in Hyderabad.

CSE researchers also spoke to health and nutrition experts to understand the authenticity of claims by food manufactu rers, and the observations were startling.

The claims made by diabetes-friendly products like Fortune VIVO Diabetes-Care Oil are misleading. “Diabetics may assume that such products are especially made for them and end up consuming liberally, leading to excess calorie intake,” says V Mohan, Chairperson of Madras Diabetes Research Foundation, Chennai. In fact, nine cases have been registered against Fortune VIVO Diabetes-Care Oil at the Grievance Against Misleading Advertise ments (GAMA) portal of the Department of Consumer Affairs (DoCA) since it was launched in 2016. An evaluation of the product’s claim by DoCA showed it pertains to only type-2 diabetics and is based on a study conducted over a short period.

“Diabetes-friendly cookies are misleading as cookies usually contain a minimum of 15 per cent fat which may increase the total caloric intake,” says Mohan. A 150 g pack of NutriChoice Essentials Ragi cookies comes with six packets of three biscuits, which are usually consumed in one go. These three biscuits can provide 18-22.5 per cent of the daily fat allowance—this is significantly high given that biscuits are not meal. Though popular digestive biscuits are considered healthier alternatives due to no added sugar, the calorie content in 1 g of fat is double that of sugar, he adds.

Seema Gulati, Head of Nutrition Research Group at the Center for Nutrition and Metabolic Research, Delhi, points out a serious problem. Food items marketed under high fiber, multi-grain category often come loaded with saturated fats and trans-fats, which are implicated in heart diseases. “Whole grain cereals are healthy. But it is not appropriate to call whole grains healthy after they are coated with sugars and fats,” says Shweta Khandelwal, associate professor with the Public Health Foundation of India in Gurugram.

“Saffola Masala Oats are salty (or have high sodium content),” says Shalini Singhal, chief nutritionist at Dr Shalini’s Wellness in New Delhi. High-sodium foods can strain one’s heart and blood vessels. But the 40 g pack of Saffola Masala Oats does not mention sodium content on its label. Another brand, Quaker Oats, owned by Pepsico, mentions sodium content on the label of its sweet variety but not on the salted one. Nestle’s Maggi Veg Atta Noodles also does not declare sodium content on the pack, though Maggi Masala declares that it contains about 900 mg of sodium per serve. A 2012 study by CSE had found that instant noodles have highest salt content—4.2 g in Maggi Masala and 3.2g in Top Ramen noodles (per 100 g).

Nutrition and health claims made on labels are governed under the Food Safety and Standards (Packaging and Labelling) Regulations, 2011. But all that the regulations do is briefly define nutrition and health claims. While the market is flooded with multitude of claims, the regulations have set standards for only three nutrition claims—trans-fats, saturated fats, and dietary fibres, which was added almost as an afterthought in mid-2016. Worse, the standard set for the claim “trans-fats free” is vague—it is based on serving size whereas India does not have a standard serving size.

While food manufacturers often use nutritional facts to make health claims, such as “diabetic-friendly” and “whole at its heart”, the regulations do not have a list of authorised or unauthorised health claims. “All health claims are misleading as health depends on the total diet and lifestyle, not just on one product,” says Marion Nestle, professor of nutrition, food studies and public health with New York University.

Though the regulations say such claims should be scientifically substantiated, they do not mention the kind of substantiation required. They also have no provision requiring manufacturers to seek approval for such claims. “The approval procedure is mostly about self declaration,” says Ashok Kanchan, chief advisor at Consumer Voice, voluntary action group in Delhi. Companies share details about the claims upon being questioned, and this leaves a room to cheat consumers by not selling the same product batch that has been tested, he says.

The regulations also do not provide reference values for popular claims, such as low sugar, low sodium, light or lite, diet.

The scenario in India appears chaotic when compared with developed countries. The EU maintains a list of permitted nutrition claims and authorised and unauthorised health claims; has a detailed approval process; and prescribes reference values for terms such as high, low, extra, rich, more and less, which are used to describe the amount of nutrients. 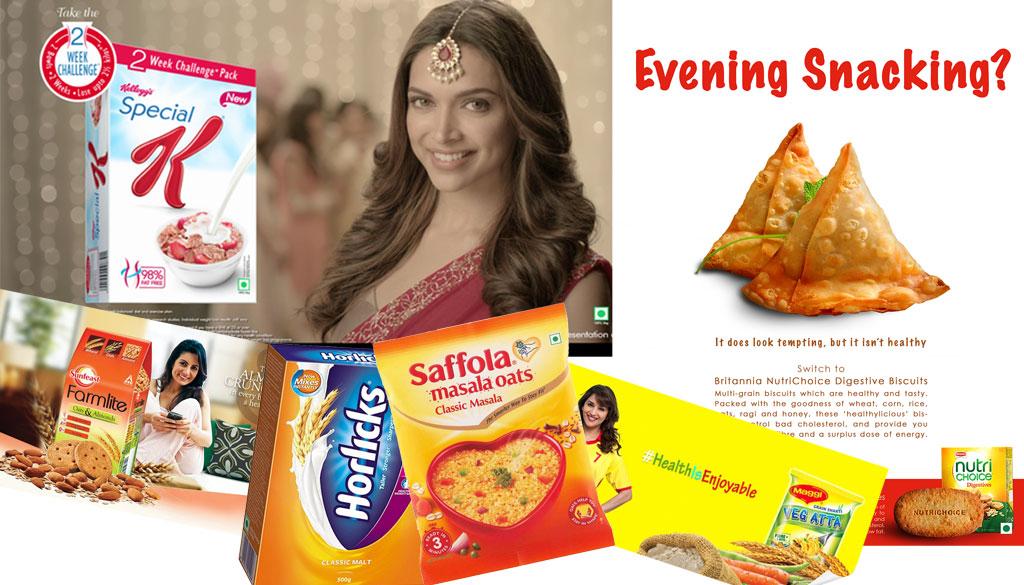 Similarly, in the US, standards are available for almost all nutrients of concern and details on the kind of health claims that can be made along with approval process. “It is important to regulate claims to ensure that food labels are truthful and not misleading. This way, consumers can have confidence in the label,” says Anne Norris, Health Communications Specialist, US Food and Drug Administration (FDA), adding that FDA has the authority to take action in case the information on labels are false and misleading.

Even the Codex Alimentarius, whose set of standards and guidelines are recognised by several countries across the globe, lays out standards for nutrients, such as salt, sugar and fat.

A lax regulation means several claims that are considered invalid or unlawful in developed countries, are freely used to push products in India. For instance, Kellogg’s Special K makes the claim of being 98 per cent fat-free. No food product can make such “x per cent fat-free” claims in the EU. Health claims linking dietary fibre to a lower risk of heart diseases are not authorised in the US, whereas such claims are liberally made in India. In Canada, claims, such as “DHA helps in cognitive performance”, are considered vague. But in India, Bournvita Lil Champs claims: “contains DHA helps brain development”.

Advertisements are another powerful tool to push food products. Though they come under the purview of several departments and government agencies, including the Food Safety and Standards Authority of India (FSSAI), they are largely self-regulated through the Advertising Standards Council of India (ASCI), an industry association.

For instance, FSSAI can penalise those involved in misleading advertisements under the Food Safety and Standards Act, 2006. But it does not directly monitor advertisements and has a Memorandum of Understanding with ASCI for doing so. Similarly, DoCA directs all complaints registered on its grievance portal GAMA to ASCI.

“We are not a pre-approving body, so there is no pre-censorship of advertisements,” says Shweta Purandre, Secretary General of ASCI. “We are a self-regulatory body and our role is to sensitise advertiser,” she adds. Based on complaints, ASCI has withheld a few advertisements in the past. A few recent ones are the claims made by Fortune Rice Bran Health Oil, which says the product contains “antioxidant power”. But antioxidants do not necessarily correspond to “power”. Another such claim is by Kellogg’s K, which mentions, “2 week challenge and eating 2 bowls everyday: 1 for breakfast, 1 for lunch/dinner for only 2 weeks”. The advertisement was found to be misleading as it does not mention specific conditions of the diet plan.

But since ASCI does not have the power to impose punitive measures, violators often repeat offences. In fact, companies are lately changing their campaigns, moving from nutrition and health claims to emotional tags to avoid scientific scrutiny.

In 2011, Bournvita’s tag line was “Badhaye doodh ki shakti” (increases power of milk), where the advertisement focussed on the presence of Vitamin D in the drink, which can help absorption of calcium in milk. In 2013, the focus shifted to emotion. In the ad-campaign “Tayari jeet ki—Adatein”, a mother and son can be seen racing. The voice-over says, “Toh jis din woh mujhe harayega, main jeet jaoongi” (I will win the day he defeats me). Finally, one day, the son defeats the mother in their race.

Endorsements of foods high in salt, sugar and fat by celebrities, such as prominent sports icons, actors and TV personalities, is also a huge concern worldwide. Their impact is not limited to the buying behaviour of children. The situation is damaging in India where most popular packaged foods, especially sweetened beverages, are endorsed by film celebrities. These include Kellogg’s K Special by Deepika Padukone, Thums Up by Salman Khan, Ching’s Secret and Kellogg’s Oat Masst Masala by Ranveer Singh.

The Consumer Protection Bill, 2015, which aims to replace the archaic Consu mer Protection Act, 1986, recommends stringent measures to tackle misleading advertisements and fix liability on endorsers or celebrities. The draft Bill has provisions for imposing a penalty of Rs 10 lakh and imprisonment of up to two years or both for the first offence; and a fine of Rs 50 lakh and imprisonment of five years for the second offence. For subsequent offences, the penalty will increase proportionally based on the sales volume of the product.

But this may not be sufficient. Harish Bijoor, Chief Executive Officer at private-label consulting firm Harish Bijoor Consults Inc, says celebrities should not endorse food and beverage brands at all. “I blame us for tolerating brand endorsements. When you advertise something you put personal liability,” he says.