Constitution does not confer right to abortion: US Supreme Court overturns Roe vs Wade 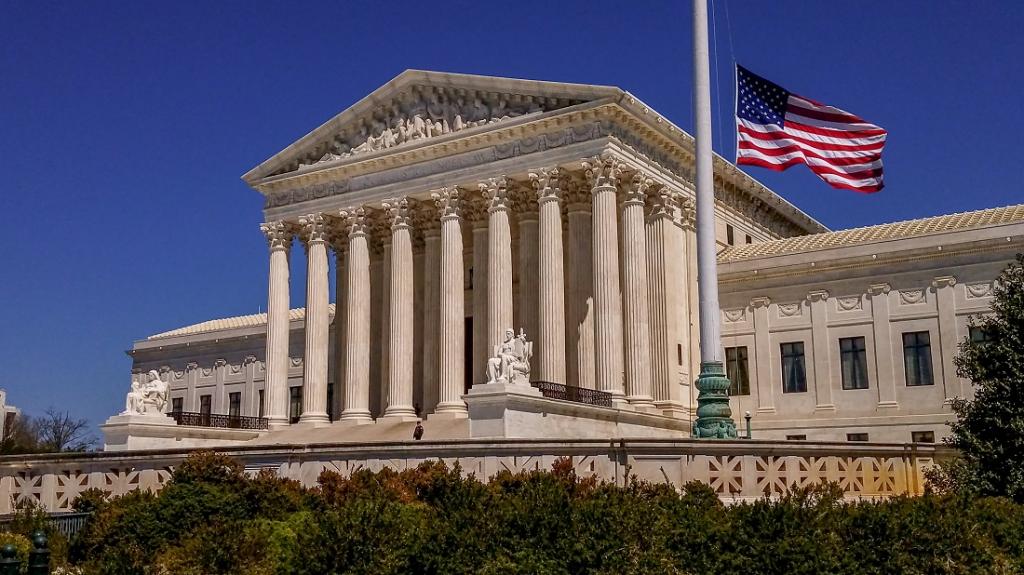 The US Supreme Court. Photo: iStock

The United States Supreme Court overturned the landmark Roe vs Wade ruling June 24, 2022, thus taking away the legal right to abortion from millions of women in America, according to media reports.

The Supreme Court was hearing a case, Dobbs vs Jackson Women’s Health Organization that challenged the state of Mississippi’s ban on abortion after 15 weeks.

The court, which had a conservative-majority, ruled in favour of Mississippi by a vote of six to three along ideological lines. The judgement read:

We therefore hold that the Constitution does not confer a right to abortion ... and the authority to regulate abortion must be returned to the people and their elected representatives.

“In total, abortion access is expected to be cut off for about 36 million women of reproductive age, according to research from Planned Parenthood, a healthcare organisation that provides abortions,” the BBC reported.

Roe vs Wade was passed by the US Supreme Court, nearly 50 years ago, in 1973, by a vote of seven to two. The court ruled that a woman’s right to terminate her pregnancy was protected by the US Constitution.

American women had a right to an abortion in the first three months or trimester of the pregnancy, though the ruling allowed for restrictions in the second and prohibitions in the third, the BBC said.

Condemnation has been swift. The United Nations Entity for Gender Equality and the Empowerment of Women released a statement the same day, arguing that reproductive rights are women’s rights and human rights.

“When safe and legal access to abortion is restricted, women are forced to resort to less safe methods, too often with damaging or disastrous results — especially for women who are affected by poverty or marginalisation, including minority women,” the body said.

“This is terrible. The US is considered a developed country. To have the rights of millions of women taken away like this is quite tragic. This puts the US in the league of regressive regimes in the world, since only a handful of countries globally ban abortion,” Dr Subhasri B, who works with CommonHealth, a multi-state coalition working on reproductive health and safe abortion, told Down To Earth.

She noted that the decision set a precedent in the sense that “one can strategise over a long period of time and have federal protection for abortion overturned. That is going to be a shot in the arm for conservative groups all over”.

Subhasri said US states can make their own laws regarding abortion. “Conservative states will be able to do anything including completely banning abortions. It is expected that at least half of the states will ban abortions,” she said.

The US is also one of the biggest donors for UN organisations. “During the Trump Administration, the US had a ‘gag rule’ which banned any funding related to abortion or even contraception. That was overturned once the Democrats came to power,” Subhasri said.

She said the ruling would not have any impact on India, at least not immediately.

India has had the Medical Termination of Pregnancy Act in place since 1972. “The Act does not recognise abortion as a right. It gives the power of making a decision regarding abortion to the healthcare provider rather than the woman,” Subhasri said.

She added though that with a sympathetic healthcare provider, the law can actually be interpreted quite liberally in the country.

“But Indian women do not have enough access to abortion services on the ground, especially in the public sector. So women who want to abort, have to access the private sector mostly in urban centres,” she said.