Only 13 countries have recorded more cases

India had 52,952 cases positive to the novel coronavirus (SARS-CoV-2) by 8 am, May 7, 2020, according to the Union Ministry for Health and Family Welfare. 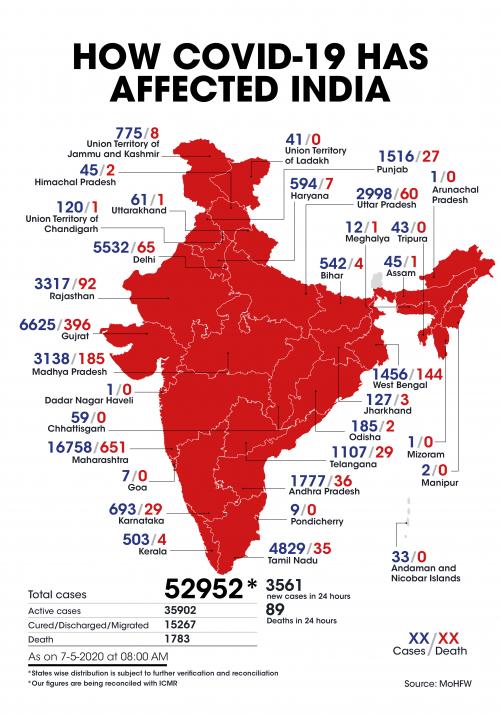