The total number of novel coronavirus disease (COVID-19) cases across the world crossed the 20 million-mark August 10, 2020, according to data from the World Health Organization (WHO) and tracker worldometers.info. 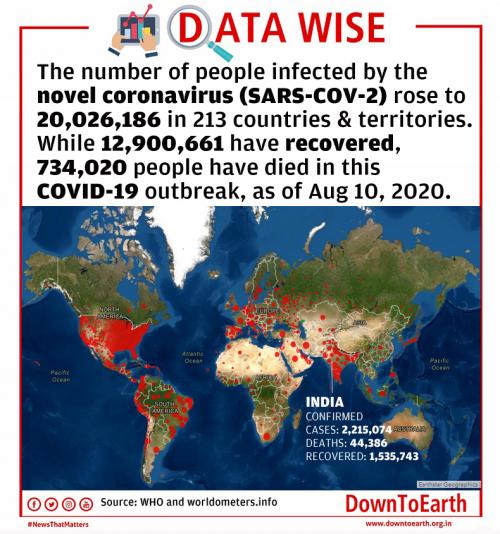