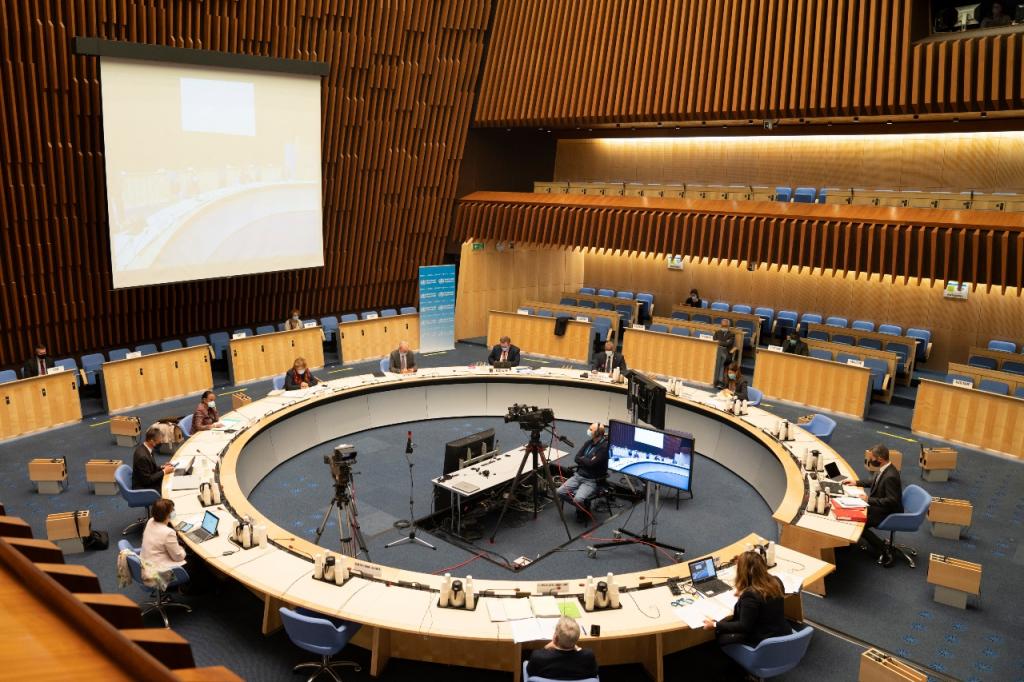 Many countries have not done enough to inform the World Health Organization (WHO) about outbreaks that have led, or could lead, to global health emergencies. This was stated in the report by WHO Director-General Tedros Adhanom Ghebreyesus on the implementation of the International Health Regulations (IHR).

The report is expected to be taken up at the ongoing 73rd World Health Assembly (WHA), which is being organised between November 9 and 14. The WHA is the forum through which the WHO is governed by its 194 member states.

Reporting novel outbreaks to the WHO is obligatory as part of IHR, which is a legally binding agreement ratified by 196 countries.

Among other obligations, the member states are supposed to report the outbreak within 48 hours of the event to the WHO.

The country further has to invite the WHO team for verification of the ‘health event’. The IHR came into existence in 1969, but the amendment was introduced in 2005, following the outbreak of Severe Acute Respiratory Syndrome (SARS) in China in 2003.

This was significant because China reported the SARS outbreak about a month later, when it had spread to several other countries. Timely reporting is important because it helps the WHO to warn other countries to take corrective measures.

“Substantial delays have persisted in states parties’ notification of events to WHO and their response to requests for event verification. This will require joint efforts by states parties, the secretariat and all stakeholders to ensure that relevant obligations under the regulations are fulfilled and events are detected at an early stage, thereby ensuring effective and timely responses to public health events of international importance.”

Apart from big and novel outbreaks, countries are also supposed to report other ‘events’ as per criteria designed by the WHO. The WHO posted 76 public health events in 2019 as part of the exercise. Most of them were related to outbreaks of influenza, Middle East Respiratory Syndrome, Ebola and Zika viruses and cholera bacteria.

The report said while countries have made significant strides in handling the events, gaps remained in preparedness, particularly in the case of chemical and radiation emergencies that may pose a public health risk.

According to the ‘point of entry’ obligation under IHR, countries are supposed to ensure that international traffic does not lead to exacerbation of disease spread. The countries did not perform well in this area as well, the report said.

The annual reports on IHR implementation submitted were lower for 2019 compared to 2018: 183 countries made their submission in 2018 while the corresponding number for 2019 was 166.

The WHO report stated that COVID-19 outbreak may have kept countries occupied in early 2020, by which they were supposed to submit the report.

Globally, progress was reported for countries evaluated on 13 IHR parameters. While all showed improvement in 2019 as compared to 2018, detection-related capacities for disease outbreaks were reported to be more functional than response-related capacities.

The health services provision and risk communication showed lesser improvement as compared to other indicators such as surveillance, laboratory and food safety. 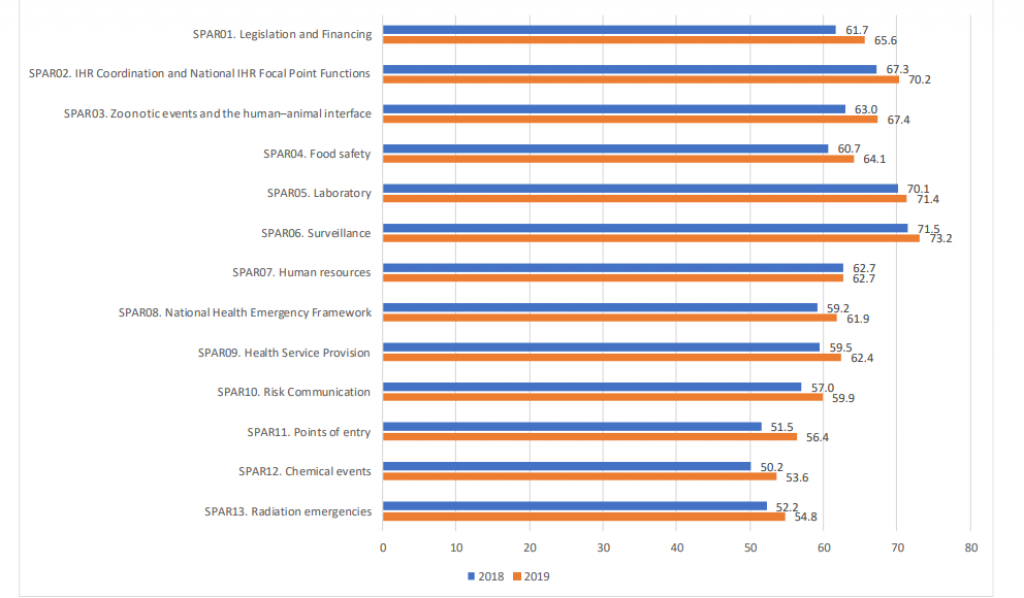 Another important finding was that more than half of the events — Ebola, Zika, West Nile fever, Rift Valley fever, yellow fever — were found to be associated with zoonosis. This only re-established the fact that virus crossover from animals to humans has become one of the biggest risks leading to big outbreaks globally.

The countries with weak health systems and those in conflict-affected and fragile settings need to double down on efforts to implementing IHR and minimise gaps in emergency preparedness, the report said.