COVID-19 Challenge 2021: How does the world overcome vaccine shortage

The pharmaceuticals industry must come together to ensure all adults are vaccinated against the novel coronavirus; intellectual property rights need to be shelved for this 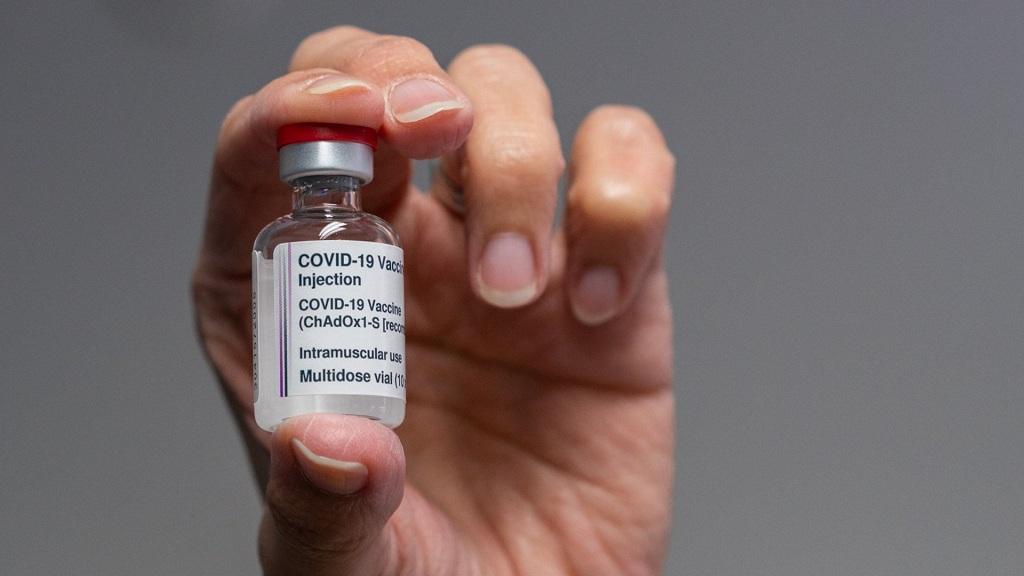 The pharmaceuticals industry will fail to maximise profits until it figures out a way to increase production. A worried industry met March 8-9 at the Global COVID-19 Vaccine Supply Chain and Manufacturing Summit in London to iron out production glitches and distribution snags.

But pharma companies are not used to working together and this fault line has been clearly exposed by the pandemic. To ramp up production and ensure a smooth supply, the World Health Organization (WHO) has spelt out some clear steps for the pharmaceutical companies.

The first one is waiving patents and intellectual property rights (IPR) so that countries with vaccine manufacturing capacity can immediately start production. Yet in October 2020, when India and South Africa put forth a proposal before the World Trade Organization (WTO) to temporarily suspend IPR on COVID-19 vaccines, not a single developed country supported the move.

This is what was sensed by who way back in May 2020, when vaccines were still under development. It had then created a COVID-19 Technology Access Pool (C-TAP) to encourage companies to share their know-how with manufacturers in lower-income countries, but not a single company signed up for it.

In fact, on May 28, a day before C-TAPwas to launch, pharmaceutical multinationals like Pfizer Inc, AstraZeneca and GlaxoSmithKline Plc ridiculed the initiative publicly:

“At this point in time, I think it is nonsense, and also dangerous,” said Pfizer CEO Albert Bourla at an online forum organised by industry body International Federation of Pharmaceutical Manufacturers & Associations. AstraZeneca CEO Pascal Soriot argued that intellectual property (IP) is “a fundamental part of our industry and if you don’t protect IP, then essentially, there is no incentive for anybody to innovate”.

Such claims by the industry are ludicrous as all 13 COVID-19 vaccines currently in the market have drawn heavily on public funding for development. The Moderna Inc vaccine, MRNA-1273, is based on a technique that was developed at a public-funded university lab. The company in February said it will earn $18.5 billion from its vaccine this year.

Even AZD1222, the most popular vaccine in the market right now, was developed at the Oxford University, United Kingdom with the idea of free use by all. Later, on the recommendation of the Bill & Melinda Gates Foundation, the University signed over exclusive rights to British-Swedish firm AstraZeneca. The private company further signed a contract with the Serum of Institute of India (SII), which is now manufacturing the vaccine under the name Covishield. 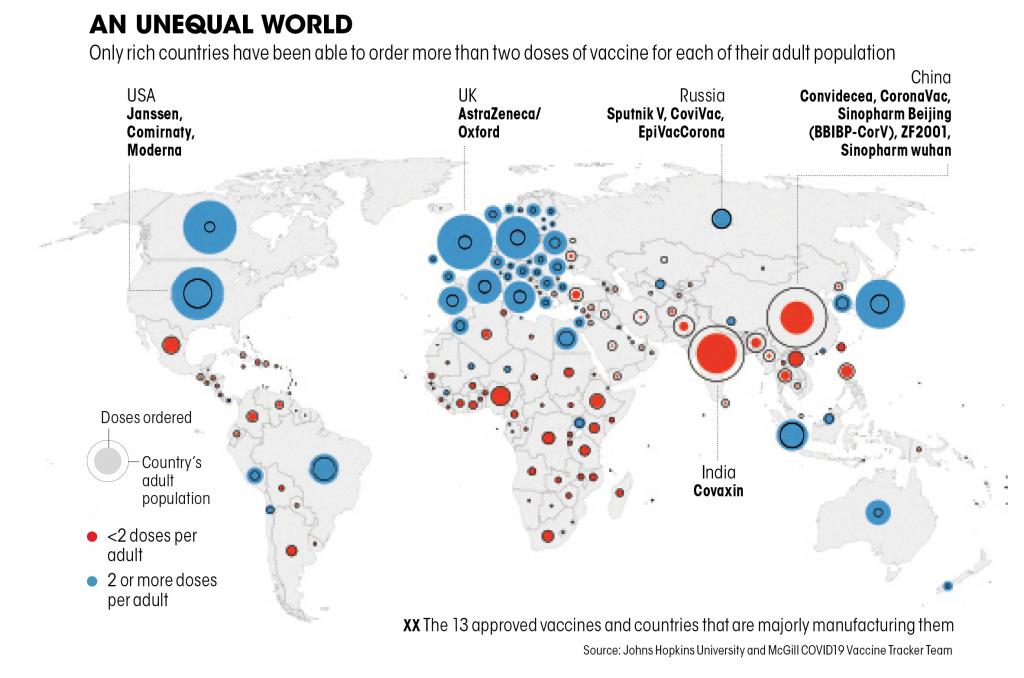 The attitude of rich countries is no better. At a time when almost 50 countries, mostly in sub-Saharan Africa, are yet to administer their first shot, a report by the Coalition for Epidemic Preparedness Innovations published in March shows wealthy and middle-income countries have booked more than two-thirds of the vaccines that companies promise to produce by the end of the year.

The remaining doses would cover as little as 28 per cent of the populations of 92 of the world’s most impoverished nations. In fact, rich countries are deliberately holding on to their own doses knowing very well that the virus can be controlled only by suppressing its transmission everywhere at the same time.

This is the first part of a three-part series. Watch this space for the next.