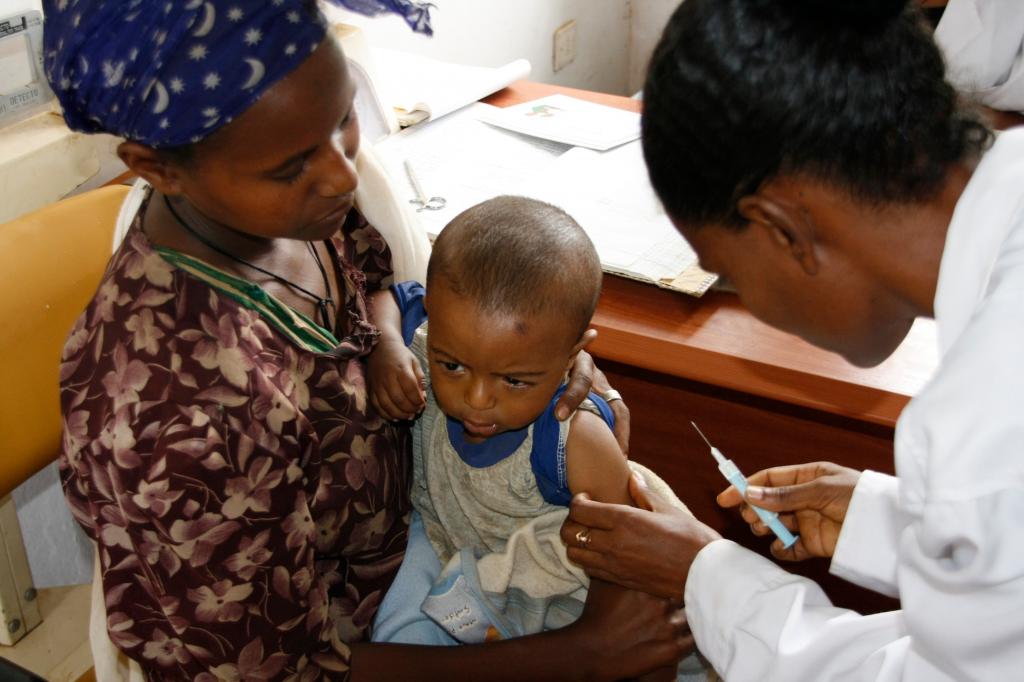 Over 25 million children worldwide missed life-saving vaccines in 2021, which has made them vulnerable to preventable but devastating diseases, said a World Health Organization report.

The global health body said this was the largest sustained drop in childhood immunisation in approximately three decades and issued a red alert.

Diphtheria, tetanus and pertussis (DTP3) vaccines are a crucial indicator of how well childhood immunisation programmes are doing. The coverage has dropped five percentage points between 2019 and 2021 to 81 per cent.

Over 18 million children did not receive a single dose of DTP3 shots last year. A vast majority of them live in low- and middle-income countries like India, Nigeria, Indonesia, Ethiopia and Philippines.

The rapid drop in immunisation had started at the beginning of the COVID-19 pandemic, following which resources were diverted to fight it.

The numbers are sobering, especially considering 2021 was expected to be the year of recovery.

Resource diversion to address the pandemic, an increasing number of children living in conflict zones and varying degrees of lockdown measures that restricted access were key contributing factors behind declining immunisations, WHO said.

While the drop in vaccine coverage has been recorded across the world — lowest since 2008 — East Asia and Pacific region have fared the worst, dropping nine percentage points in two years.

“While a pandemic hangover was expected last year due to COVID-19 disruptions and lockdowns, we saw a continued decline,” Russell said, adding that COVID-19 is not an excuse.

We need immunisation catch-ups for the missing millions or we will inevitably witness more disease outbreaks, more sick children and greater pressure on already strained health systems, she added.

Measles vaccine coverage has also been the lowest since 2008, dropping to 81 per cent in 2021. Over 24 million children missed their first measles dose — 5.3 million more than in 2019 — and 14.7 million missed their second dose.

This drop has already resulted in an increase in measles cases worldwide.

The WHO had earlier warned of a “perfect storm of conditions for measles outbreaks” in April 2022 as cases increased 79 per cent in the first two months of 2022 than the same period last year.

Down To Earth had earlier reported on immune amnesia, an impact of a measles infection where the immune system’s memory of other illnesses are destroyed.

“It erases the recollection of past encounters with various microbes and vaccines,” Mansour Haeryfar, professor of immunology at Western University, Canada, told DTE last year.

“How this phenomenon manifests itself in different individuals and how it may be remedied, fully or partially, remains to be explored.”

The impact of measles on COVID-19 remains to be understood.

"We have indications from several epidemiological studies that death rates, in some cases, increase during a long period after a big measles outbreak,” he said.

Similar trends were recorded for polio and human papillomavirus (HPV) vaccines, which protect girls against cervical cancer later in life.

This continued drop in childhood vaccination is occurring parallel to the rise in malnutrition in children. A child facing both these issues will be vulnerable to otherwise preventable and treatable diseases becoming potentially fatal, WHO said.

“Planning and tackling COVID-19 should also go hand-in-hand with vaccinating for killer diseases like measles, pneumonia and diarrhoea,” said Dr Tedros Adhanom Ghebreyesus, WHO director-general. “It’s not a question of either/or; it’s possible to do both”.

In the same backdrop, Uganda and Pakistan have emerged as successful examples where the former has maintained a high childhood vaccination coverage. The latter has returned to pre-pandemic levels immunisation for children.