COVID-19: Govt presents studies on past ‘gains’ but silent on future 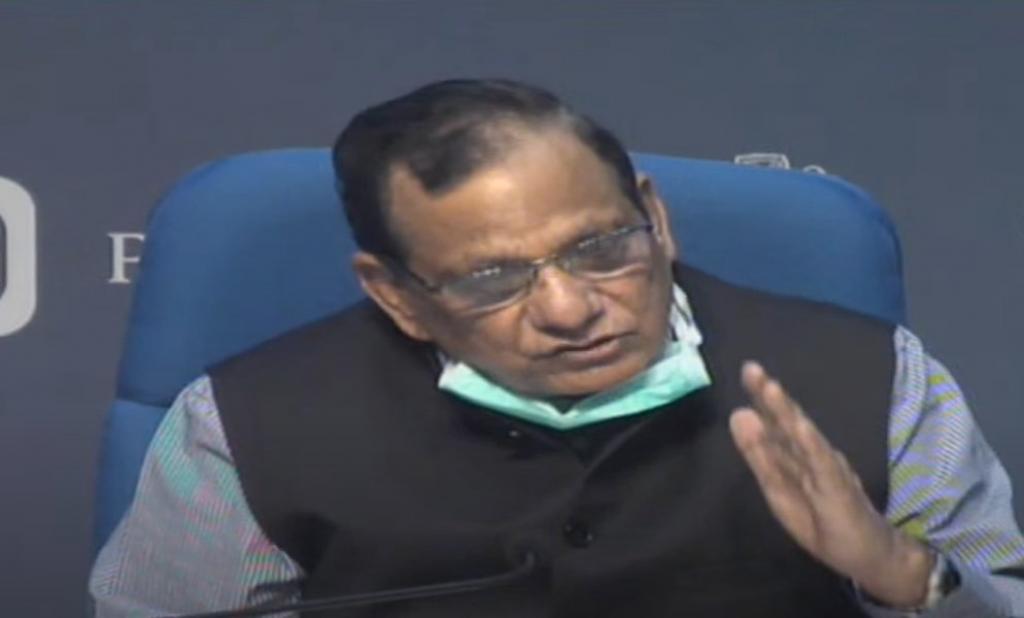 The three-phase lockdown in India starting March 25, 2020, helped the country avert lakhs of cases and deaths, the Union government claimed by presenting five different modelling studies in a press conference on May 22.

The studies showed them that had no containment measure, including lockdown and social distancing, been adopted in India, cases ranging between 1.4 and 2.9 million and deaths ranging between 37,000 and 78,000 might have happened.

The five studies were done by Boston Consulting Group (BCG), Public Health Foundation of India (PHFI), Brookings India’s Shamika Ravi, MoSPI and another one by a group of independent researchers.

BCG, Shamika Ravi, the group of independent researchers and MoSPI claimed cases up to 3.6-7 million, 2.3 million,1.59 million and 2 million respectively, were averted.

“But first, we need to know on what assumptions these figures have been projected. Assumptions are important in every modelling study and regarding these studies, they are not yet in the public domain,” T Sundararaman, former head of the Union Ministry of Health and Family Welfare’s National Health Systems Resource Centre, said.

He said what was needed to be known were projections for the next three months. (with no lockdown)

“When some of them were queried on future projections, they stated that there is so much unknown about the virus in India, for instance, the incubation period, the infectivity of the virus and how social distancing would work,” Sundararaman, said.

“Without knowing enough about these parameters, they said they can’t project anything reliably for the future. The question then arises as to how reliable the ‘cases and deaths averted’ figure is if we don’t know about those parameters,” he added.

“And if one can use one model to make past projections, why can’t the same be used to make future projections?” he questioned.

In fact, when pressed for such projections in the press conference, Paul said projecting the trajectory would depend not on simple modelling but social distancing measures.

Paul showed a trend on May 22 to say the growth of new cases in terms of per cent was declining. 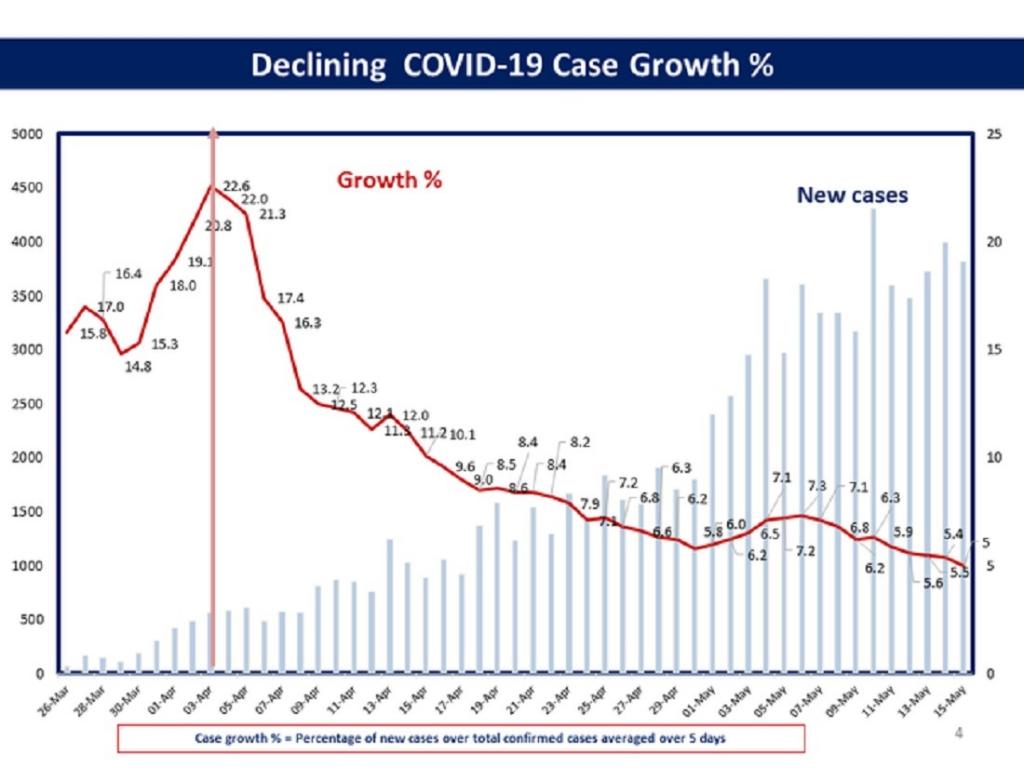 However, if one looks at the blue bars in this figure, one can see that they are constantly going up. So, the new cases are actually exponentially rising.

The per cent decline in new cases, as the government claims, is due to baseline number becoming high day-by-day.

India, in fact, added more than 6,000 cases in the last 24 hours, the highest spike in this outbreak for the country. Paul did not say anything about this.

Not only this, while India is the 11th most-affected country in terms of overall cases, it is actually among the top five in the world in terms of ‘active cases’, ahead of even Italy and the UK.

Paul also clarified over a graph he presented in the last week of April, saying the number of new cases in India from May 16 would be zero.

“I didn’t mean to say that. It was a misunderstanding for which I apologise,” he said.

The Indian Council of Medical Research has revised the hydroxychloroquine (HCQ) policy for COVID-19. The revised policy says frontline healthcare workers, like ASHAs, surveillance workers, police officers and paramilitary forces officers can take the drug as a prophylaxis (preventive) measure too.

The earlier version of policy advised the usage of this drug only for healthcare workers working in COVID and non-COVID facilities and contacts of confirmed cases.

The guidelines document pointed out to three studies done in Indian settings which showed positive results. However, none of them are in the public domain.

Incidentally, the BMJ last week and the Lancet  on May 22 published results of three randomised controlled trials on this drug and none of them found any positive result. Even the World Health Organization on May 21 explicitly cautioned against the use of this drug in context of COVID-19 for any use.