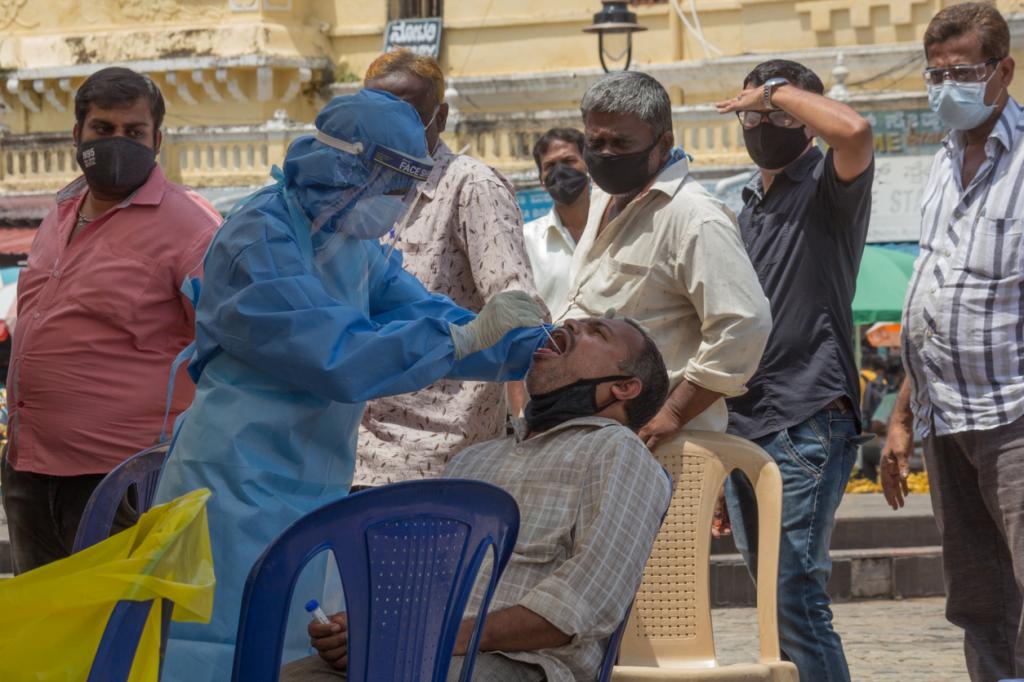 Test, track and treat were deemed the cornerstones of any strategy to fight the novel coronavirus disease (COVID-19) pandemic. India, however, now seems to be going easy on the first step itself.

The country’s other COVID-19 parameters are also encouraging when looked at in isolation: On December 8, there were 93,733 active cases, the lowest in over 550 days, and recovery rate for the last 24 hours was 98.36 per cent, the highest since March 2020.

However, India’s daily testing has dropped dramatically since September, ranging from 886,263-1.25 million in the first week of December, according to data from the Indian Council of Medical Research.

The figure is much lower than the 4-4.5 million tests per day target the Narendra Modi government set in May (to be achieved by June-end). A closer look at the data reveals that testing — key in fighting the COVID-19 pandemic — declined significantly between the end of May and October-November.

Daily testing followed a downward trend since then and is yet to recover. In the week ended June 10, an average of 16.8 million tests were conducted every day. This further dropped to 12.9 million in the following week.

Two more months of teeter-totter later, the testing figures were on a steady downward spiral from September till today, with only a few days of erratic, insignificant growth.

During September 8-13, just 7.62 million tests were conducted on an average each day. The  figure rose slightly to 10 million by the end of the month and remained below this mark since then.

In October-November the daily average test range was 6.87-8.8 million.

Mirroring the national trend, daily testing was higher in September — at 234,365 tests on 19 September — after which it steadily declined to 70,000 by October-end.

Tamil Nadu, with a positivity rate of 0.7 per cent, conducted 100,393 tests on December 7. The figure has been steady since, hovering around 100,000 since September.

Highly populated states like Madhya Pradesh and Uttar Pradesh had been reporting a really low number of cases. However, data on incovid19.org, a data dashboard that pulls figures from the Union Ministry of Health and Family Welfare, shows no tests done all through November and December for both states.

Data reporting is key when it comes to fighting a pandemic, but studies in the past have revealed the disparity in how India’s states report COVID-19.

The detection of Omicron as a ‘variant of concern’ by the World Health Organization (WHO) and speculations about its potential to be highly transmissible and evade immunity makes adequate testing key for battling another surge.

The health ministry had urged state governments to ramp up testing, stressing that RT-PCR and rapid antigen tests can successfully detect the new variant.