The novel coronavirus disease (COVID-19) pandemic has taken more lives in a relatively short span of time than natural and health disasters have done over years.

The number of COVID-19 dead crossed the three-million-mark April 17, 2021 according to the World Health Organization (WHO). It reached this figure over a period of one year and four months.

The global number of deaths being reported weekly to the WHO had spiked in January 2021 and decreased thereafter. But the deaths have been on the rise from March 10 onwards. 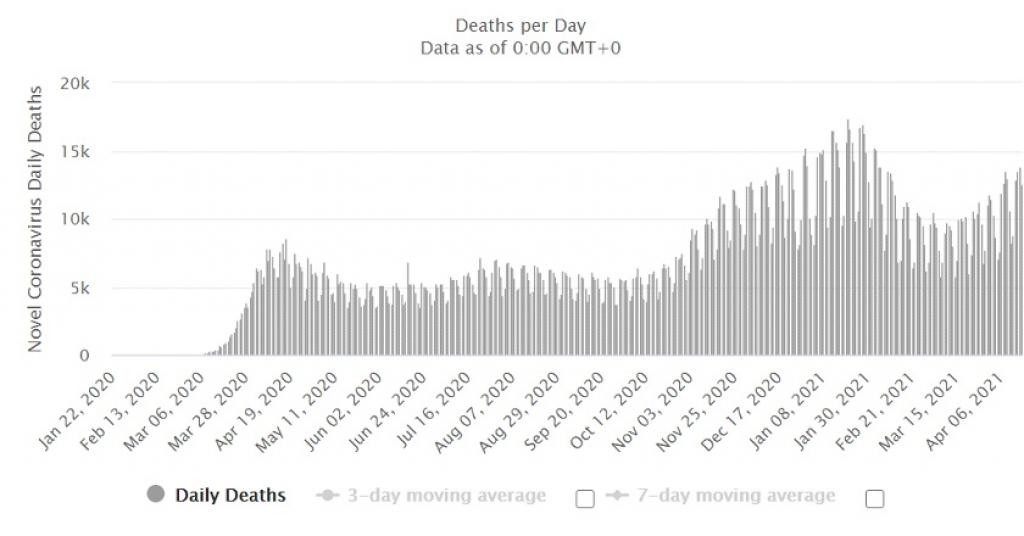 Compare COVID-19 fatalities to fatality figures from natural and health disasters globally as well as in India and the numbers are much smaller.

For instance, 0.94 million people died during the world’s 10 deadliest natural disasters between 2000 and 2019 according to the United Nations Office for Disaster Risk Reduction (UNODRR).

These included three mega disasters — the 2004 Indian Ocean Tsunami, the 2008 Cyclone Nargis in Myanmar, and the 2010 Haiti earthquake.

The mortality numbers could be understood by considering how COVID-19 claimed human lives vis-à-vis other recent health crisis around the world.

The human toll of the pandemic in India too is more than double the number of humans killed in over 320 natural disasters during the recent two decades (2000-2019).

COVID-19 is now the third-leading cause of death globally after ischemic heart disease and stroke according to the recent estimates of Institute for Health Metrics and Evaluation (IHME).

Ranking of COVID-19 among the leading causes of mortality assuming uniform deaths of non-COVID causes throughout the year; April 15, 2021 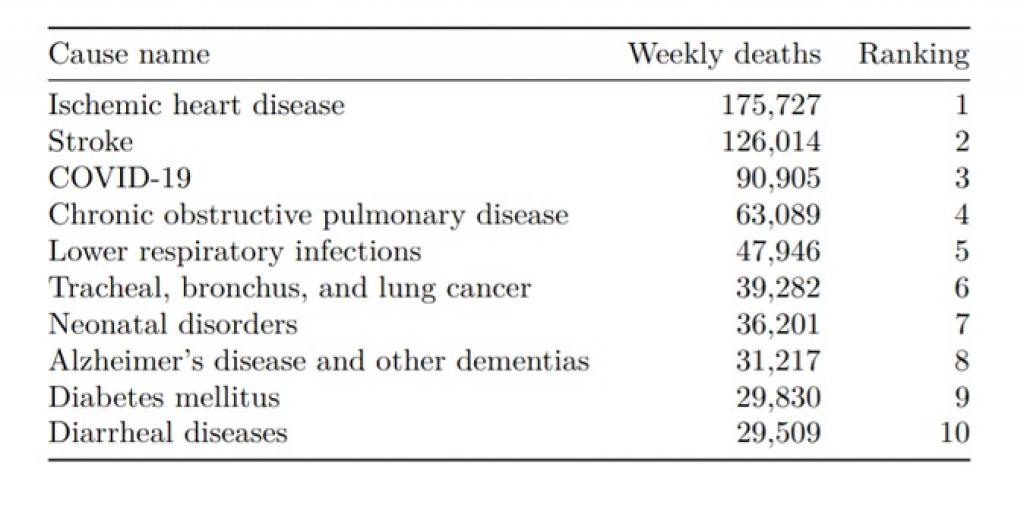 IHME is an independent global health research centre at the University of Washington, US.

In India, after a decline in the number of daily COVID-19 cases and deaths in India from September 2020 to mid-February 2021, there has been a reversal of this trend.

Even as rising cases of infections were worrying, the recent increase in the number of deaths is even more worrying.

In end of March 2021, when the daily deaths were 530 per day on an average, COVID was the number 15 cause of death in India.

If one considers the estimates of IHME for India as on March 31, 2021, COVID-19 may be on the way to becoming the eighth leading cause of death, surpassing diabetes.

Considering the trends of the last four days, it is very close to being the seventh cause of death by replacing TB.