COVID-19 lockdown may have caused more deaths in Rajasthan in 2020 than reported: Study 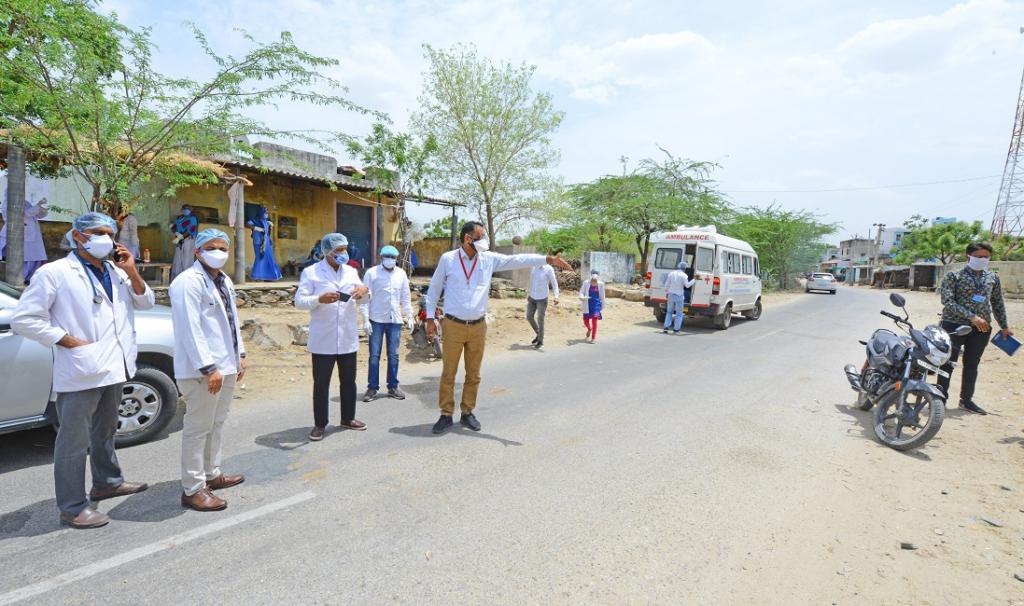 Medical personnel near the town of Beawar in Rajasthan's Ajmer district during the lockdown in 2020. Photo: iStock

A new study by researchers in Stanford University, United States has reaffirmed doubts that the actual number of deaths caused since the COVID-19 pandemic began in India could be much higher than official figures.

The new study published in the journal Social Science & Medicine stated that the deathcount in Rajasthan in May 2020, a month after the Centre imposed the COVID-19 lockdown, could be 64 per cent higher than in March.

The researchers reached this conclusion by drawing a correlation between disruptions in dialysis care with non-COVID-19 deaths during the lockdown.

The study added that the four months after the imposition of the lockdown saw 22 per cent more deaths than would be expected under normal conditions. Women, socio-economically disadvantaged groups and patients living far from healthcare facilities bore the brunt of it all.

Studies have suggested that India may have witnessed excess deaths during the first and second COVID-19 waves, which may not have made it to the official record.

A study published in the journal Science, for instance, estimated that the country witnessed 3.1 million-3.4 million deaths between June 1, 2020 and July 1, 2021. It said India’s cumulative COVID-19 deaths by September 2021 were six to seven times higher than reported officially.

In the present study, Radhika Jain and Pascaline Dupas, both health economists at Stanford University, showed that some of these excess, under-reported deaths were due to the indirect effects of the pandemic and pandemic control strategies.

Policymakers should consider these consequences before implementing future policy efforts to control the spread of pandemics, Jain, Asia Health Policy Postdoctoral Research Fellow at Stanford University and the author of the study, told Down To Earth.

On March 24, 2020, India announced a country-wide lockdown to control the spread of COVID-19. “There were news reports of people being unable to access critical health services,” Jain said.

Jain and Dupas wanted to document how the lockdown impacted non-COVID healthcare access and their link with mortality rates.

They focused on disruptions in dialysis care because skipping this medical procedure can lead to severe health consequences. Dialysis is carried out three-four times a week to remove waste products and fluids from the blood of patients with kidney failure.

Without this procedure, waste products accumulate in the blood, leading to raised blood pressure and heart failure. Missing one procedure could increase a patient’s risk of death by 30 per cent, compared to someone who regularly attends dialysis.

The researchers identified 3,183 patients on dialysis under the AB-MGRSBY government health insurance programme across Rajasthan. This programme includes the poorest half of the state’s population, according to the study.

Of the 2,110 patients who agreed to participate in the survey, 63 per cent experienced a disruption to their dialysis care.

As many as 42 per cent of patients said they could not reach their hospital due to travel barriers, 15 per cent could not seek care either because the facility was closed or authorities refused services and 11 per cent reported facing higher hospital charges.

The lockdown hit the supply chain too. About 17 per cent of patients had no access to necessary medicines.

The study estimated that 22.2 per cent of patients experienced a decline in monthly dialysis visits between March and April. Hospitals also confirmed that significantly fewer patients were visiting.

Also, seven of the 15 hospitals shut down during the lockdown due to staffing and supply shortages.

The researchers then looked at mortality trends in the four months after the lockdown was imposed. Fatalities were 64 per cent higher in May 2020 than in March. Though the tally dropped between June and July 2020, it was still higher than in March.

The researchers said the excess, under-reported fatalities were less likely to be due to COVID-19 infections. This is because the tally was highest in May, soon after the lockdown and before the virus had spread widely.

Patients facing more care disruptions during the lockdown had higher morbidity (diseases), hospitalisation and mortality just after the lockdown between May and July, the researchers said.

The researchers did not study the lockdown’s impacts on other health conditions. But, according to them, the findings are likely to be indicative of other critical health services, such as cardiovascular, maternal and neonatal care, across India.

A few studies have looked at the pandemic’s effects on other diseases. A May 2021 Lancet study found that cancer services such as new patient registrations, outpatient services, hospital admissions and major surgeries had dropped between March and May 2020, compared to the same period in 2019.

These disruptions could lead to 83,600-111,500 patients requiring cancer services for more advanced diseases over the next two years, it found. In the next five years, excess cancer-related deaths could be 98,650-131,500, the report said.

Another study looked at the pandemic’s impacts on childhood vaccination rates. It found an 87 per cent drop in April 2020, compared to the same period last year. May and June saw 67 per cent and 33 per cent, respectively.