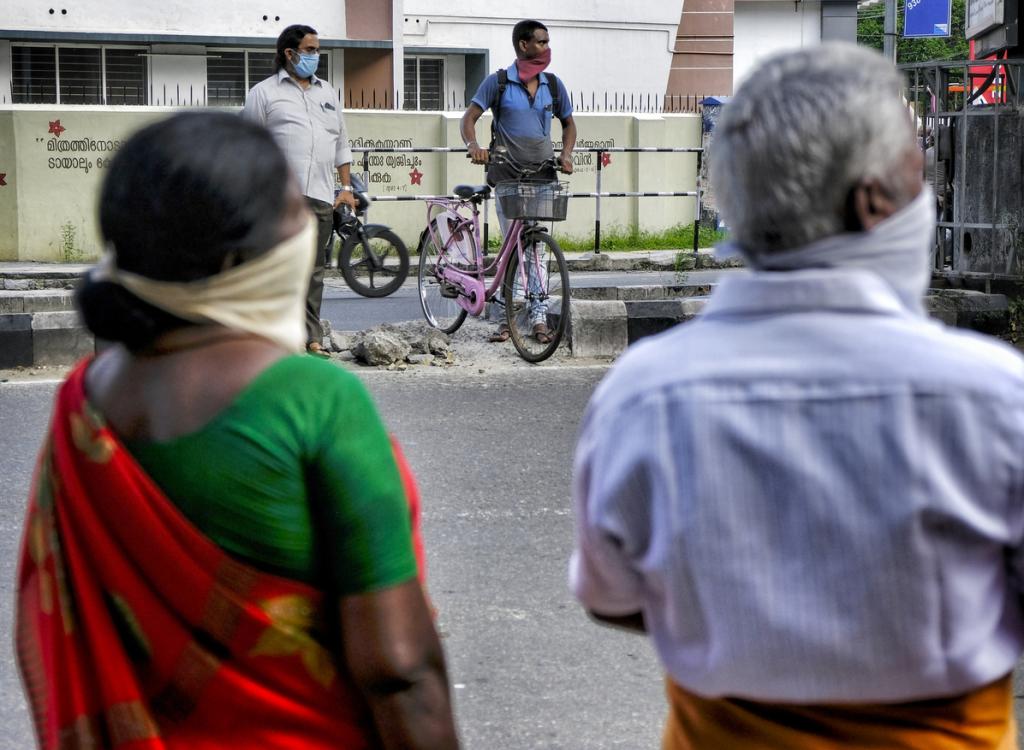 The health department may have been able to bring the COVID-19 pandemic under control in Kerala but infectious diseases caused by other pathogens have burdened the state’s robust healthcare system.

Hospitals in the southern state reported 146 cases of tomato flu, a rare viral disease, and a virulent variant of Shigella bacteria that attacks the intestine has been causing infections.

Karnataka and Tamil Nadu have ramped up vigil at their borders with Kerala as reports of these contagious diseases emerge.

Reports of around 700 samples of tomato fever are awaited as of May 13, 2022. Tomato flu outbreak began two weeks ago in the Anchal, Aryankavu and Neduvathoor regions of the southern Kollam district. Cases have been reported from Thiruvananthapuram, Kollam, Ernakulam, Kozhikode and Wayanad districts, and it is most prevalent among children below the age of five.

Fever, vomiting, abdominal and body pain and rashes are the symptoms of the flu. It is named so because the skin of the patients turns red during the infection.

Other causes of concern

Kerala’s health department is now on high alert against a possible Nipah virus outbreak during the ongoing bat breeding season.

No tomato flu cases were reported in Kerala in the last two years, according to V Jayasree, the district medical officer in Ernakulam. She said that maintenance of hygiene and limiting person-to-person contact are the only preventive measures against the disease.

Meanwhile, shigella continues to spur panic across the state despite the health department initiating a massive seizure of stale food, apart from keeping vigil against contaminated drinking water.

Food poisoning caused by shigella infection claimed the life of a 6-year-old student at Cheruvathur in Kasaragod district in the first week of May. The student died after eating shawarma, an Arabian non-vegetarian delicacy, from a local eatery.

As many as 30 others were also hospitalised with food poisoning after consuming chicken shawarma from the same eatery.

Two children also suffered shigella infection after eating fish from a hotel in Muvattupuzha near Kochi around the same time.

The health department has warned people against consuming water and food from sources likely to be contaminated as well as unwashed fruits and vegetables through which shigella bacteria enters the body.

The bacteria can spread on close contact with infected individuals and consuming food prepared by them, campaign materials released by the department said.

The disease is also transmitted quickly through direct or indirect contact with the patient's excrement. The infection worsens in pregnant women, children under five years and those with weakened immune systems.

In the face of the possibility of yet another outbreak of Nipah, the department directed district administrations to strengthen their surveillance and preventive measures, especially in north Kerala, where it was reported twice in the last five years.

The department issued alerts to all district administrations to keep vigil against infectious diseases and strengthen disease surveillance and monitoring as the bat breeding season starts, according to Health Minister Veena George.

In Kasargod, the health department confirmed that Ekiri syndrome, the worst-case scenario of shigellosis, is now prevalent. Nurses, health workers and paramedical staff have been entrusted with remaining alert towards symptoms such as loss of memory, confusion, disorientation and strange behaviour, which may reflect the presence of the disease.

Across the state, hospitals are being directed to be on guard against patients who come with viral infection symptoms, which include fever, altered mental status, severe weakness, headache, respiratory distress, cough, vomiting, muscle pain, convulsions and diarrhoea. Efforts to remove stale food and contaminated water are also going on a war footing.

The government is launching a multi-disciplinary ‘One Health Programme’ against infectious diseases next week, health principal secretary Rajan N Khobragade told Down to Earth. “The programme aims to ensure a strong surveillance mechanism by integrating laboratories under fisheries, health, forest, wildlife and animal health departments.”

The project will recognise interdependence among human, animal and environmental health, apart from bringing together experts from the respective fields for systematic collection and analysis of data from multiple domains to detect health emergencies, he said.

Around 75 per cent of the prevalent infectious diseases are zoonotic, according to Khobragade.

So, there must be an emphasis on a coordinated approach among different departments working for both human and animal health.

Health activists say Kerala has only four virus reference diagnostic laboratories, and the laboratory network in the state must have to be enhanced.