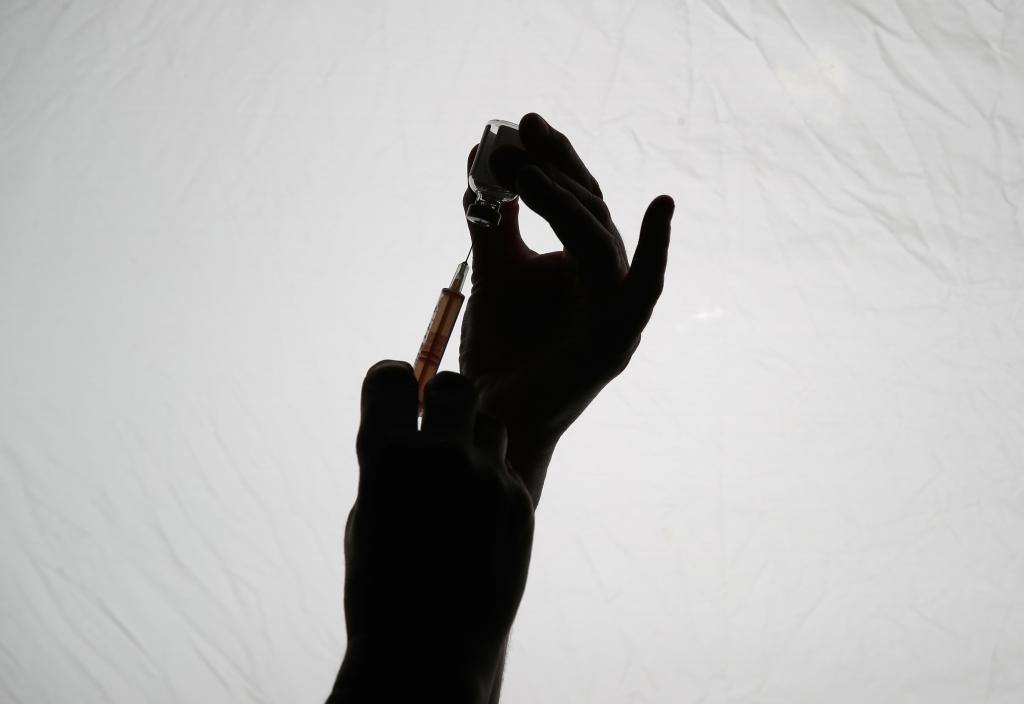 Most of the vaccines for the novel coronavirus disease through March 2021 were manufactured in China, followed by the United States, India, the European Union and the United Kingdom.

The US and UK have kept all their vaccines for domestic consumption. EU countries are sharing within themselves. Call it a tactic to forge diplomatic relations or plain empathy, at present, China and India are the only countries exporting almost half their vaccines to others, mostly those in the developing and underdeveloped world. 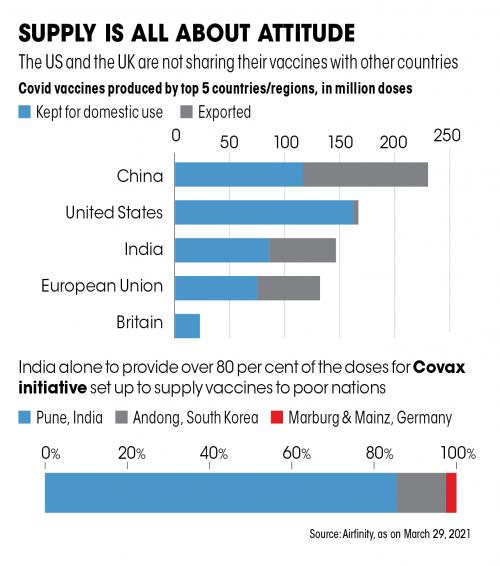 Till the COVID-19 pandemic struck the world, India was the world leader in vaccine production. Its pharmaceutical companies used to churn out 60 per cent of the vaccines required for the global immunisation programmes.

“In part, this has been possible because in recent years, the country has excelled at providing high-quality medicines at low prices by utilising the economies of scale, and the work of many very innovative companies such as sii who have found ways to produce products at lower cost than elsewhere,” said Anthony Mc Donnell, senior policy analyst, global health, Center for Global Development in Europe.

In terms of COVID-19 vaccine manufacturing, the country has now lost the supremacy to China and the US. Yet, it seems to be  in a good place.

India, in fact, is faring better than China in diplomacy. In May 2020, just a month before rolling out its COVID-19 vaccine Convidecia, the first in the world, China had announced that it was for “global public good”. Since then China has shipped vaccines to 35 countries, but has used it as a business opportunity, wrote Ivana Karásková and Veronika Blablová, researchers at Association for International Affairs in Prague in an article published March 24.

There is some concern that China does not treat its customers equally. “Some countries received vaccines in the form of donations, while others purchased them or were offered a loan to buy them — an alternative aimed primarily at the Latin American and Caribbean countries,” Karásková and Blablová said.

India was quick when China failed to deliver 300,000 doses to Myanmar, and supplied 1.7 million instead. In Nepal, both China and India offered vaccines, but only India provided additional vaccines. Bangladesh also opted for Indian vaccines after it refused to co-fund Chinese vaccine trials.

India promptly delivered a batch of COVID-19 vaccines to Brazil after its president Jair Bolsonaro rejected a deal of 46 million doses being developed by a Chinese company, saying that the “Brazilian people will not be anyone’s guinea pig”. India is also the major supplier to COVAX, a global initiative aimed at equitable access to covid-19 vaccines led by UNICEF, Gavi (The Vaccine Alliance) thw World Health Organization, the Coalition for Epidemic Preparedness and others. The country provides more than 80 per cent of doses for the initiative, which particularly aims to supply vaccines to poor countries.

India has another advantage: Since it has been providing a major chunk of the vaccines needed for immunisation programmes across the world, the quality of its supplies is established. Compared to this, China is secretive about scrutiny and quality is doubtful. “China is out of fashion politically too,” said S Srinivasan, managing trustee of locost, a generic drug company.

As a result, several multinationals are interested in manufacturing their vaccines in India. Russia is already in talks with at least five Indian companies to manufacture 850 million doses of Sputnik V vaccine by 2021. Hyderabad-based Dr Reddy’s Labora­tories has carried out clinical trials for Sputnik V and has applied for an emergency use authorisation (EUA) licence in India.

On March 12, the US International Develop­ment Finance Corporation, the country’s development bank, announced it will help Hyderabad-based firm Biological E manufacture 1 billion doses of covid-19 vaccines by 2022. This portfolio is likely to include Ad26.cov2.s vaccine by Johnson & Johnson, which is already approved in 37 countries.

“There are several prominent In­dian companies such as Zydus Cadilla, Gennova (Emcure Pharma) and Wockhardt Ltd that are working towards entering the covid vaccine market,” said Mahesh Doshi, president of the Indian Drug Manufacturers’ Association.

These deals could increase the country’s vaccine manufacturing capacity substantially in the coming days, helping India regain its position.