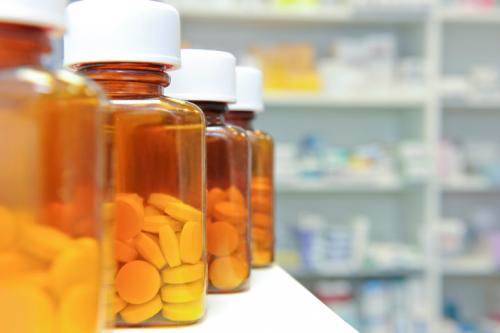 The Delhi High Court has set aside Centre’s decision to ban 344 fixed dose combination drugs (FDCs), bringing relief to pharmaceutical giants like Pfizer, Glenmark, Procter & Gamble, Cipla, among others. The high court’s ruling came after hearing 453 petitions that were filed by pharmaceutical companies challenging the ban.

Had the ban continued, pharmaceutical companies in India stood to lose about Rs 3,000 crores annually—a dent of 20 per cent in their profits, according to the Economic and Political Weekly.

FDCs combine two or more drugs in a single pill and are used widely for the convenience of taking one pill rather than several. The Ministry of Health and Family Welfare in March banned these Fixed Dose Combinations including the popular Vicks Action 500, Benadryl and Phensedyl over the fear of causing antimicrobial resistance and in some cases, even organ failure as a result of high toxicity.

Medical experts have claimed that many of these drugs are irrational and have not been approved by the national regulator. Countries with a more stringent regulation have not approved the sale of many of these FDCs.

The Central Drug Standard Control Organisation (CDSCO) under the Union health ministry, approves new drugs to be introduced in the market. Once approved, the state regulatory bodies give out licenses for manufacture and sale of drugs. In the past, many drug manufacturers have continued to make and sell FDCs after obtaining state licenses, even when CDSCO approval for the drug was pending.

In January 2013, CDSCO asked all state and union territory drug controllers to order drug manufacturers to prove the safety and efficacy of their FDCs within 18 months. In 2014, the government set up the Chandrakant Kokate committee, an expert committee to review submissions. By the end of the 18-month-period, the Kokate committee had received over 6,220 applications for consideration. They found 963 drugs to be irrational and thereby issued a show cause notice to the manufacturers. Once their replies were filed, the committee called on domain specialists to help assess the drugs. The committee found that the FDCs in question were “medically inappropriate and ineffective”.

The Central government banned 344 of the 963 drugs on March 10 this year. This ban was challenged by numerous pharmaceutical manufacturers and the Delhi High Court stayed the ban four days later. It said, “generally stating that the use of the said drug is ‘likely to involve risk to human beings’ does not disclose any grave urgency.”

Between March and May, the court heard pleas from stakeholders including manufacturers,  central government and non-profits. While the Centre argued that the medicines had potential health and safety hazards, the companies contended that the decision was taken by the government without issuing them a show cause notice or granting them a hearing. The court finally ruled in favour of pharma companies on December 1.