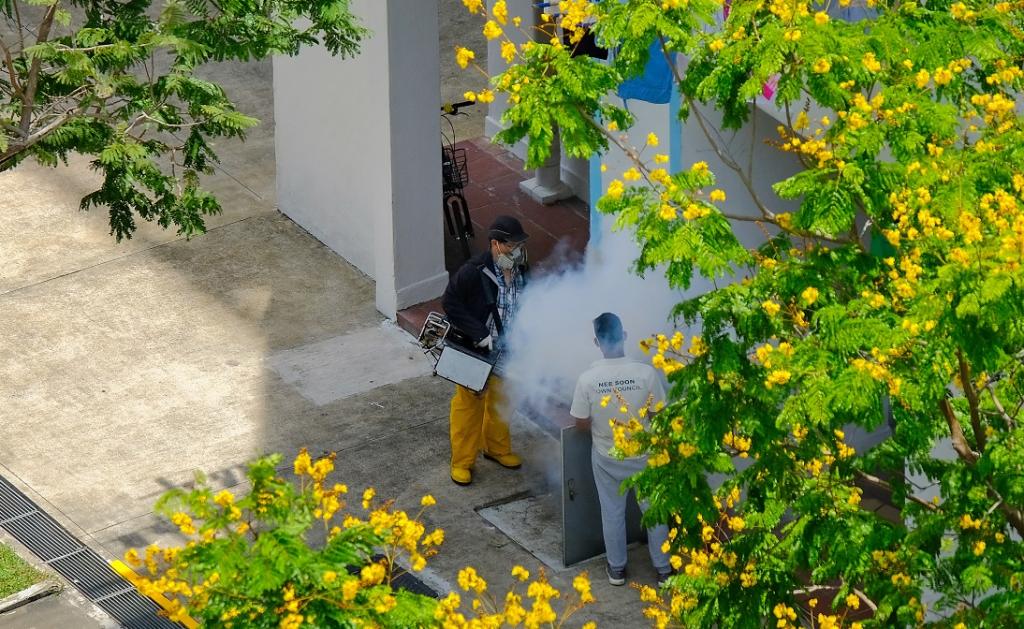 Singapore is facing a ‘dengue emergency’, having recorded more than 13,000 cases of the disease through June 7, 2022, according to government data. This has happened even as peak dengue season is yet to arrive later this month. Experts say rising temperatures, a new dengue strain and more number of mosquitoes are responsible.

Higher temperatures in Singapore boosted disease spread by making the incubation period shorter, according to the experts. Also, a strain of the virus re-emerged in the region after nearly three decades in 2020, which was resistant to vaccines.

Read Down To Earth’s coverage of dengue

Temperatures in Singapore touched 36.7 degrees Celsius in May — the highest for this month in the southeast Asian city-state, media reports showed. The weather is predicted to remain hot and humid through the first fortnight of June as well.

“In the coming fortnight, the daily maximum temperatures are expected to be around 34°C on most days and could reach a high of around 35°C on a few days,” Singapore’s National Environment Agency (NEA) noted in a statement dated June 1.

Temperatures in Singapore are rising at double the rate of the rest of the world, according to the Meteorological Service Singapore.

“Singapore’s maximum daily temperatures could reach 35-37°C by 2100, if carbon emissions continue to rise at the same rate,” Muhammad Eeqmal Hassim, senior research scientist with the MSS Centre for Climate Research Singapore, was quoted as saying in a media report.

Dengue and other mosquito-borne diseases, thrive in such conditions. “As temperatures rise due to global warming, mosquitoes can survive at higher latitudes and can therefore spread disease to a larger population,” virologist Shahid Jameel had told Down To Earth in an earlier interview.

Singapore witnessed the worst-ever dengue outbreak in its history in 2020, recording 35,315 cases and 28 deaths. That was when DENV3, or dengue virus serotype 3 re-emerged in the city-state.

Dengue cases in Singapore in the last five years

Of the 122 dengue clusters with red colour alert (cluster with 10 or more cases), DENV3 was found in 111 of them, according to the NEA. “DENV3 can undergo dramatic structural changes that enable it to resist vaccines and therapeutics,” findings from a 2020 study published in Science Daily showed.

However, experts are optimistic. “In the medium term, there are hopes that new vaccines in the pipeline will be suitable for use in Singapore, and if so, these will reduce the amount of disease if they are rolled out as successfully as the COVID-19 vaccines were,” Alex Cook, vice-dean of research at the National University of Singapore’s Saw Swee School of Public Health, told DTE.

A third factor responsible for the current emergency is the higher population of Aedes aegypti mosquito — the primary carrier of dengue and other vector-borne diseases such as chikungunya, Zika fever, Mayaro and yellow fever viruses.

Its population is 22 per cent higher this year than it was last year in April 2021, according to the NEA.

However, the situation today is not entirely unprecedented, according to Cook.

“With population immunity as low as it is in Singapore, there is a constant risk of dengue outbreaks. This is not a failure: It is a good problem to have because the reason population immunity is low is because Singapore has been effective in preventing a lot of infections over the last few decades,” he said.

But how has population immunity been decreasing, given the high caseload as recently as 2020 and 2019? Just like COVID-19, a dengue ‘infection’ is not the same as a dengue ‘case’.

This is because the latter includes people with dengue disease who are known to the healthcare system and government.

Three reasons could influence this, Cook said. People who are infected but don’t feel ill at all, people who are mildly ill and get on with things without seeing a doctor and people who see a doctor but the doctor doesn’t realise it is dengue.

“We see that infections as measured through blood samples are falling, so it must be that we are finding a greater proportion of those infections,” Cook said.

Meanwhile, the next fortnight could see things worsen. “The weekly number of  dengue cases is expected to rise and hit another historical peak, surpassing the highest weekly figure of 1,787 cases seen in 2020, and may even exceed 2,000 in June,” the NEA said.