According to the Delhi government, till now 4,769 dengue cases have been recorded in the national capital 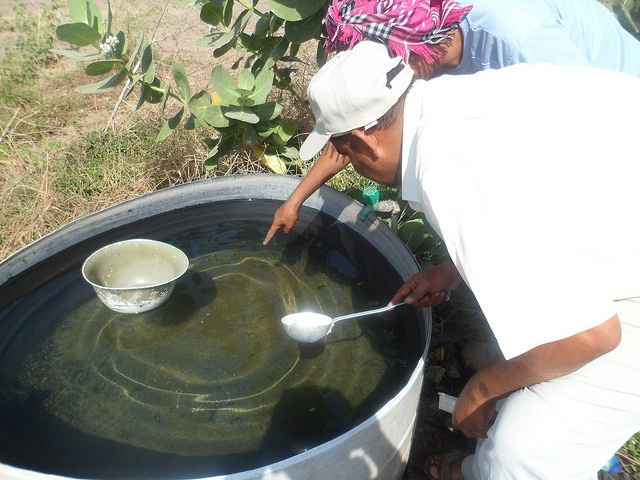 With the national capital facing one of its worst dengue outbreaks in five years, the infighting between the state government and the Delhi Municipal Corporation (DMC) over controlling its spread has come to the fore.

According to the Delhi government, till now 4,769 dengue cases have been recorded in the national capital. However, the irony is that, this happened in a year when the health budget witnessed a 50 per cent hike. Hoardings announcing the same can still be spotted in many parts of the city. But the much-needed hoardings on dengue prevention and vector-borne diseases in general were few and far between.

According to sources, the reason behind fewer hoardings was the fight between the Delhi government led by the Aam Aadmi Party and the three municipal corporations led by the Bharatiya Janata Party.

To drive home the point, corporation officials put the blame on the state government.

“We hardly got funds from the state government this year. We could not do enough information dissemination which needed pamphlets and posters (to) be printed and hoardings to be put up,” said Mohan Bhardwaj, the head of the standing committee on health, a common monitoring and decision-making body of the three municipal corporations of Delhi.

On the other hand, the state government said that it had disbursed funds despite not receiving utilisation certificates from the DMC for last year’s bills. In its defence, the MCD said that it did agree on the amount as claimed by the Delhi government.

The Delhi government said it had released 75 per cent of the total annual amount to be disbursed under the Dengue Malaria Control Programme (DMCP) to all the three corporations.

“We have distributed Rs 61 crore out of an annual budget of Rs 81 crore under DMCP,” a Delhi government official said. The annual budget for fighting vector-borne diseases in 2015 was slated at Rs 81.52 crore.

However, the second installment was released only on September 22 after extensive damage had been done. Till that time, Delhi witnessed 17 deaths and around 3,500 cases.

He said employees had to work without pay. “We have 1,500 Domestic Breeder Checkers (DBCs) who check for dengue larvae in households across Delhi. We also put nearly 900 malaria beldars (field workers), who check for malaria mosquitoes, on duty for dengue this year. All of them have worked hard to control dengue without salaries this year,” said Bhardwaj.

Non-payment of salaries affected the dengue control work. Residents allege that the MCD did not bother to check the water tanks and other stagnant water sources regularly, though several dates were put up outside houses, indicating the number of times checks were conducted.

“The MCD workers came twice to our house. They came first to check the breeding of dengue mosquitoes when they found the presence of larvae in our overhead water tank. The next time they came to give us a copy of the challan. They never checked if we had removed the larvae from our tank,” said Rittika Modwel, a resident of Malviya Nagar. However, five dates have been put up in front of her house with a pencil on the main door.

“The MCD workers have put up dates with a pencil to mark the houses where they have checked. This helps them to keep track in case a house is found locked and has to be visited again. We have learnt that MCD workers have put multiple dates without visiting houses as many times,” said R N Das, the officer on special duty of Delhi health minister Satyendra Jain.

To counter the claim, Bhardwaj said that there were medicines worth Rs 8.5 crore from last year’s stock. “We have used them extensively this year,” he said.