Depression, an invisible burden for TB patients; and we must urgently address this 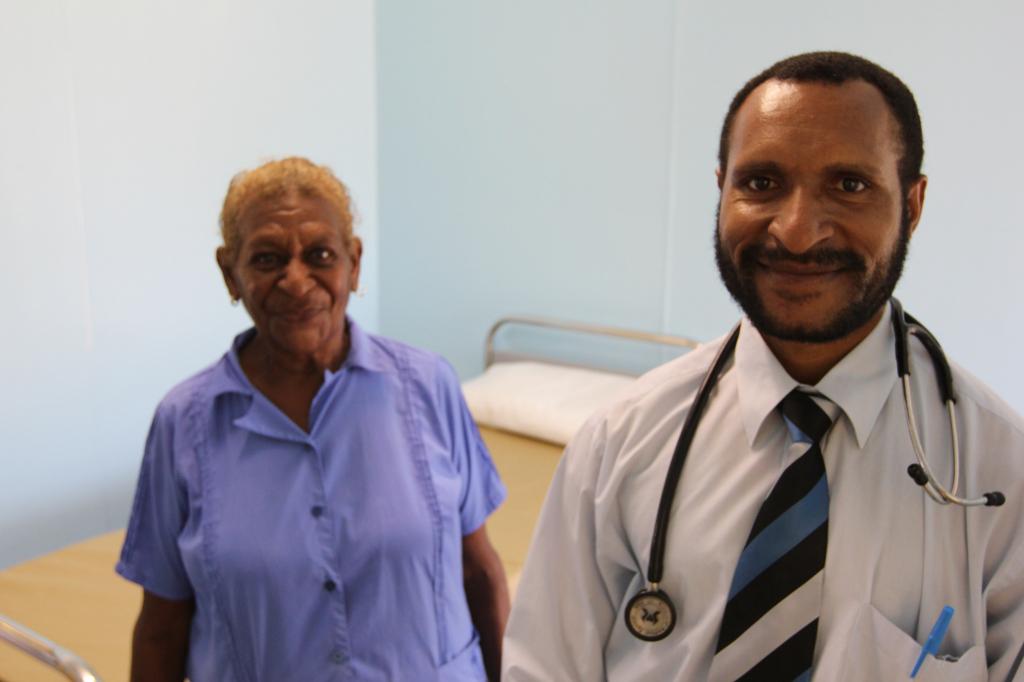 Patients with mental disorders are at an increased risk of exposure to TB infection. Credit: Department of Foreign Affairs / Flicker

On the occasion of the World Health Day, the World Health Organization (WHO) released some alarming statistics on mental health. It said that depression is the leading cause of ill health and disability worldwide. Between 2005 and 2015, there has been an increase in the number of people affected by depression by more than 18 per cent.

The situation becomes all the more grim when it is analysed in the context of tuberculosis.

The prevalence of mental disorders, including depression and anxiety disorders, among people with tuberculosis is estimated to be between 40-70 per cent, the WHO says.

"Depression has been an invisible burden for people with TB. The risk of people with mental disorders being prone to developing TB, or the mental well-being of TB patients during their treatment has often been overlooked,” says Mario Raviglione, Director of the WHO Global TB Programme. “We need to urgently address the mental and physical aspects of TB simultaneously if we want to improve well-being as well as treatment outcomes, ensuring that no one is left behind in the fight to end TB,” he added.

There are various factors that establish a connection between mental health and TB. Patients with mental disorders are at an increased risk of exposure to TB infection due to higher rates of homelessness and accommodation option limited to group homes, the UN body said. Patients with mental disorders also carry other risk factors for TB, including smoking, poor nutrition and co-morbidities such as diabetes and HIV infection, it said.  In addition, people living with TB and mental disorders are less likely to seek healthcare and may be less able to adhere to treatment, with consequent adverse treatment outcomes, including morbidity, mortality, drug resistance and ongoing disease transmission.

There is another aspect of TB and mental health connection, which is drug-induced psychosis. Several anti-TB medications like cycloserine may precipitate more severe forms of mental disorders—including major depression, anxiety or psychosis.

A 2013 study published in General Hospital Psychiatry said that medications used in the treatment of common mental illnesses like depression may have significant interactions with anti-tuberculosis agents, especially isoniazid and increasingly linezolid. Many medications used in the treatment of tuberculosis can have significant adverse psychiatric effects and some medications like rifampicin may reduce the effective doses of antipsychotics by their enzyme-induction actions.

According to public health experts, there is a dearth of adequate research in India on TB and mental health.

“Research is a great need and there is a huge resource gap for research,” says Blessina Kumar, chief executive officer, Global Coalition of TB Activists. “There are two things that India needs to concentrate on–one is research and then also to come out of pilot mode. We can’t be on a never-ending pilot mode and the result of the research has to be put into use and implemented. Suppose we are researching on drugs and the results are good then the drugs should be made accessible to patients.”

The situation is similar in other low- and middle-income countries. A 2016 review published in PLoS One reflected a relative dearth of MDR-TB research publications from low- and middle-income countries addressing the psychosocial issues confronting MDR patients. The study concluded that there was an urgent need for feasible, innovative psychosocial and economic intervention studies that help to equip MDR-TB patients cope with their illness, improve treatment adherence, treatment outcomes and the overall quality of life of MDR-TB patients.

Kumar advocates empowering the communities with information and investing in capacity building. “We need to recognise the community and civil society as a valuable partner and invest in capacity building. Who is going to tell someone with two-week-long cough to get diagnosed? It’s either the family, neighbours or health workers. At that level, we need empowerment with the right information at the ground level. We need to invest in building community,” he adds.

Lessons to be learnt from Nepal

A similar initiative in Nepal bore desirable results and can prove to be a good example to learn from. A 2014 study published in the journal BMC Public Health aimed at understanding barriers to completion of treatment for multi-drug resistant TB focussed on people starting treatment in seven DOTS-plus centres in the Kathmandu Valley from January to December 2008.

The study found that cure rate for those receiving counseling was 85 per cent while for those receiving no support was 67 per cent. It concluded that MDR-TB patients are extremely vulnerable to stigma and financial hardship. "Provision of counseling and financial support may not only reduce their vulnerability, but also increase cure rates,” it added.

According to Shekhar Saxena, director of the Department of Mental Health and Substance Abuse at WHO, there is a need to develop and implement guidelines to screen and treat depression among persons being treated for TB, and work closely with patients to improve their illness perceptions. “Both national TB programmes and programmes addressing mental health issues in countries need to collaborate closely to make this a reality,” says Saxena.