Did you know leprosy patients can be detained for unspecified periods?

A new Bill will amend all laws that discriminate against leprosy patients, but the list is long 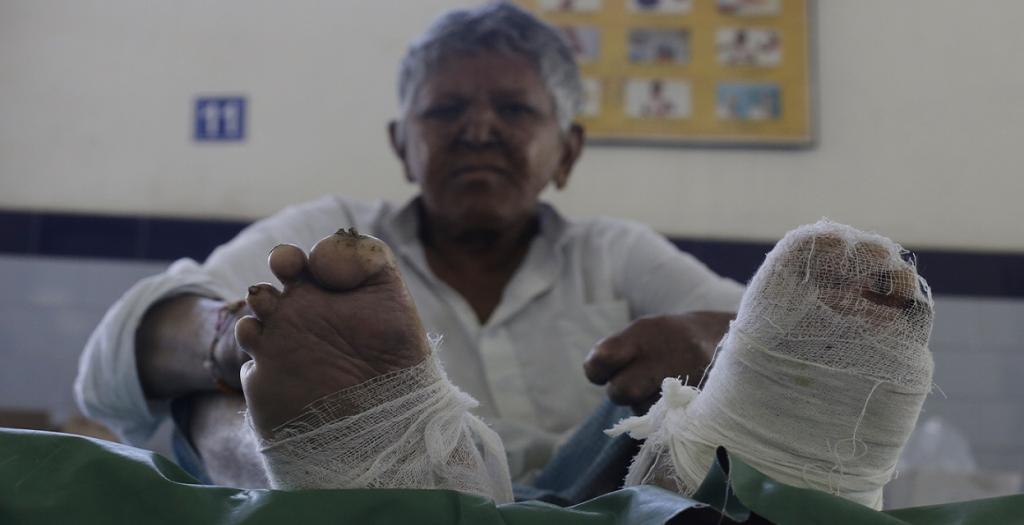 In 2014, India had the largest (58 per cent) number of new leprosy cases in the world. Credit: Vikas Choudhary

The cabinet took this decision on August 1 and cleared the Bill, which aims at amending the personal laws, which allow the infectious disease to be used as reason enough to demand divorce. All such laws were framed at the time the disease was not curable, but that’s not the case anymore. Now, the medicine has advanced and the disease is completely curable.

These laws say that an infection of leprosy, if lasts for at least two years, serves as a legitimate ground for divorce or separation between spouses.

Other than matrimony, there are several laws in India that discriminate against leprosy-hit patients and the LCI had highlighted such laws in its report. Like, under the State Beggary Acts, people affected by leprosy are earmarked in the same category as persons suffering from lunacy. As per this law, one suffering from leprosy can be detained for an unspecified duration. And, that’s not it. Children, who are wholly dependent on begging until the age of five and have a parent suffering from leprosy, can also be detained under such acts.

The commission also shed light on Life Insurance Corporation Act, 1956, which says higher premium rates are to be charged from leprosy-infected people since there’s a higher risk to their lives. The law panel’s report says that several state municipal and panchayati raj acts bar leprosy patients from holding or contesting for civic posts.

In 2014, India had the largest (58 per cent) number of new leprosy cases in the world. From 2005 till 2014, the National Leprosy Eradication Programme (NLEP) recorded 125,000 to 135,000 new cases every year. A majority of these were children, who were threatened with isolation and discrimination at a young age.

All this is when India is a signatory to United Nations General Assembly resolution adopted in 2010 to eliminate all sorts of discrimination against leprosy patients.