Disease eradication targets: will they be met?

The Finance Minister announced that government has action plans to eliminate kala-azar by 2017 and tuberculosis by 2025, among others 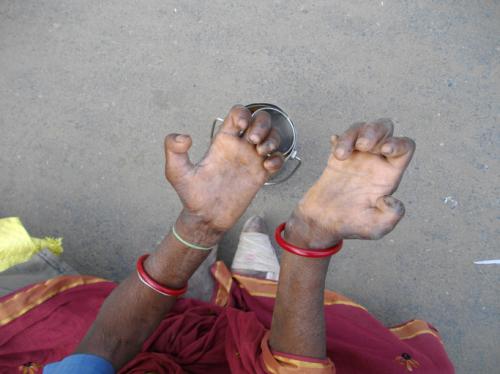 Outlining ambitious healthcare plans for the country, Finance Minister Arun Jaitley, in his budget speech, set targets for elimination of crucial communicable diseases. While addressing the Parliament on February 1, he said that the government has prepared an action plan to eliminate kala-azar and filariasis by 2017, leprosy by 2018 and measles by 2020. Elimination of tuberculosis by 2025 is also targeted.

While it is not clear what the government’s action plan will look like, the government has, time and again given targets it finds unable to meet. In September 2014, months after the NDA government took over, the then health minister Harsh Vardhan claimed that kala-azar will be eliminated by 2015. He said that AmBisome (amphotericin B) injection, with an efficacy rate of 98 per cent, will be provided free of cost to kala-azar patients.

Athough there has been a decline in the number of cases—from 25,222 in 2011 to 6,280 in 2015—hurdles remain in attaining complete eradication. New cases associated with kala-azar complications are emerging. In January 2016, about 340 primary kala-azar cases were reported in Bihar, a state which accounts for nearly 76 per cent of all cases in the country, Down To Earth earlier reported.

The programme to eradicate leprosy was launched way back in 1955. “The goal of leprosy elimination as a public health problem that it prevalence rate of less than one case per 10,000 population at the national level, was achieved in 2005,” PM Narendra Modi said on January 30. A total of 86,000 cases are on record as on April 1, 2014, giving a prevalence rate of 0.68 per 10,000 populations, as per data from The Leprosy Mission Trust of India.

A World Health Organization (WHO) report from 2016 says that India, along with Brazil and Indonesia account 81 per cent of the newly diagnosed and reported patients globally.

In its pathway to eradicate the stigmatised disease, the government launched programmes to screen and detect cases under National Health Mission in 2016. As a result, more than 32,000 cases were confirmed and put on treatment.

In August 2016, India also developed and launched its own leprosy vaccine, piloting it in five districts across Bihar and Gujarat. The first-of-its-kind leprosy vaccine was developed as patients were showing signs of resistance against the conventional multi-drug therapy.

Tuberculosis (TB) continues to claim many thousands of lives in India each year. A recent estimate by WHO suggests that India accounts for over a quarter of the world’s tuberculosis cases. The organisation increased its estimate of the number of new TB patients in India, from 2.2 million in 2014 to 2.8 million in 2015.

India has been funding public health programmes to control the incidences of TB since the 1990s, but eradication seems distant. Many cases of TB remain undetected making it difficult to cure patients. Increasing drug resistance is causing complications and adding to the challenge of TB control.

India also laid down the target to eliminate filariasis by the year 2015 in its National Health Policy of 2002—a target that was not met. The government has now claimed to achieve it by 2017.

Currently, annual mass drug administration (MDA) is carried out to interrupt transmission of the disease. In 2015, the coverage of MDA was 88.96 per cent in the eligible population, as per government data. Micro flaria rate has fallen from 1.2 in 2004 to 0.3 in 2015, claims the Ministry of Health and Family Welfare.