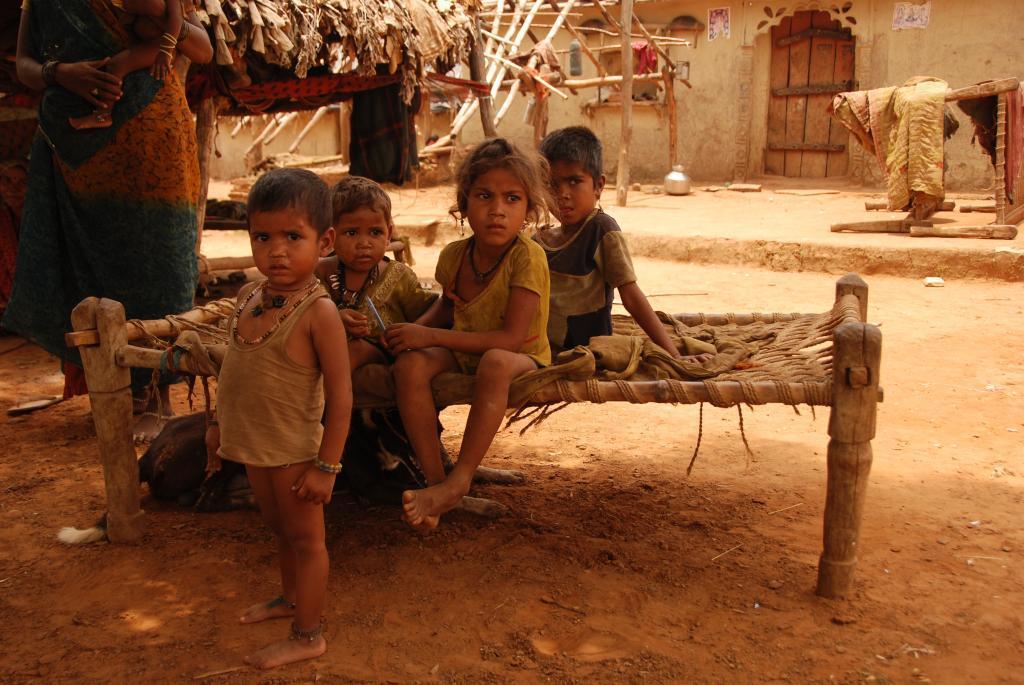 While food is important, we have to also look at the fact what other factors are inhibiting the growth of the child. Credit: Kumar Sambhav Shrivastava

Malnutrition can lead to various other morbidities like malaria and tuberculosis. However, empirical evidence collected by deputy medical superintendent of Odisha’s Christian Medical College, Dr John C Oommen, shows that the opposite can also be true with malaria and other locally prevalent diseases leading to malnutrition.

Dr Oomen was sharing his experience on the second day of the three-day international conference on ‘Critical Public Health Consequences and the Changing Food Environment in South and South-East Asia’ at the India International Centre on Thursday.

In 2009, Oomen and his team did an experiment on 74 children who came to their hospital and were malnourished. Before they put them on malarial drugs, they were losing 29 gm per month. “However, a month after we put them on anti-malarial drugs and asked their parents to keep children protected from mosquitoes, they showed a weight gain of 328 gm per month with the very same food habits as earlier,” says Oomen.

Taking a lesson from this experience, now, whichever child comes malnourished, his team invariably check him/her to see if s/he is not infected by malaria parasite.

According to Oomen, there can be area-specific factors for malnutrition at different places and therefore, there can be no one-size-fits-all formula. “When it comes to tackling malnutrition, all the stress is laid on providing food. While food is important, we have to also identify what other factors are inhibiting the growth of the child,” Oomen tells Down to Earth on the sidelines of the conference.

In another session on ‘Re-examining the management of acute malnutrition’ two papers were presented on ready-to-use therapeutic foods (RUTF). It came out in the discussion that there are not any marked advantages of RUTF over locally purchased foods given to children to overcome malnutrition. Papers were also presented on nutritional rehabilitation centres (NRCs) with case studies of Jharkhand and Madhya Pradesh. NRC is a health facility where severely malnourished children are admitted and proper diet is given along with supportive medicine, if required. After the child gains proper weight, s/he is discharged.

The major gaps highlighted were improper screening methods to identify malnourished children, treatment failures and the relapse of malnutrition once children are discharged from the NRCs. The major cause of the relapse is lack of continuum of care (CoC) as after the discharge, many cases do not register for proper follow-up due to which the factors leading to malnutrition become active again.

CoC in nutrition care shall contribute to integration of nutrition and health care services, addressing distal and proximal causes of undernutrition through a gamut of preventive treatment and rehabilitative care.

Earlier on Wednesday, the inaugural day of the conference, Prof Carlos Monterio from University of Sao Paulo in Brazil shared his experiences of practices that brought down the levels of undernutrition in his country. He cited a paper, “Causes for the decline in child undernutrition in Brazil, 1996- 2007,” published in 2008. It documented how prevalence of undernutrition fell by about 50 per cent—from 13.5 per cent in 1996 to 6.8 per cent.

“The rapid decline in child stunting between 1996 and 2006 was achieved with a strong reduction in poverty and a quasi-universalisation of the access to essential and public services which is no magic bullet,” adds Monterio. The paper also attributes the success to four factors. “Two-thirds of this reduction could be attributed to four factors studied: 25.7 per cent to increased maternal schooling; 21.7 per cent to increased purchasing power of families; 11.6 per cent to expansion of healthcare; and 4.3 per cent to improvements in sanitation,”  says Monterio quoting the paper.

This conference assumes importance considering the fact that as per national family health survey-4 figures, about 38.4 per cent children under five years are stunted (short height for age), 53 per cent women of reproductive age are anaemic, more than 20 per cent children below 5 years are wasted (low weight for height) and only a little over half (54.9 per cent) of the children are exclusively breastfed.

Leni Chaudhari, Vice-President, Narotam Sekhsaria Foundation, one of the organisers of the conference says, “This conference is bringing together policy makers, activists, academics and researchers, who have a significant role in shaping the food and nutrition policy landscape in South and South East Asia. We will brainstorm and find ways to inform key policy makers and researchers of the latest evidence regarding the prevalence of both under nutrition and ‘over-nutrition’, as well as the associations between nutrition and disease, the drivers of these unacceptable levels of malnutrition and appropriate policy and programme responses.”