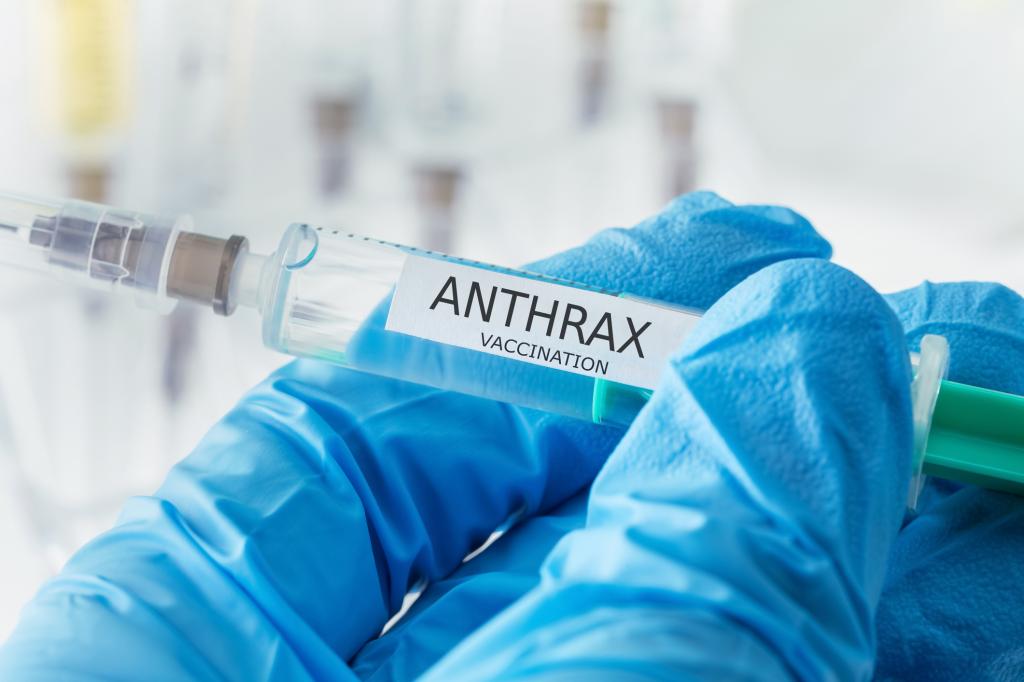 A group of Indian scientists have developed a new vaccine against anthrax. It is claimed to be superior over existing vaccines as it can generate immune response to anthraxtoxin as well as its spores rather than the toxin alone.

Anthrax is a deadly human disease caused by bacterium Bacillus anthracis that also infects animals like horses, sheep, cattle and goats. Humans, pigs and dogs are comparatively less susceptible and only get infected if exposed to copious amount of spores. In 2001, these spores were used as agents of bio-terrorism when letters containing anthrax spores were sent to some people in America, leading to widespread panic.

Spores of the bacterium that causes anthrax are present in soil and can stay in latent form for years. However, under favourable environmental conditions, they become active and start to infect. Often, animals pick up spores while grazing, following which spores germinate in their body and produce toxins.

The anti-anthrax vaccines available in market generate immune response against a Bacillus protein-protective antigen — a protein thathelps in transport of bacillus toxins inside the cells. This means that immune response is triggered only when spores germinate in body and start producing bacterial proteins. Anyone vaccinated with such a vaccine would show no immune response to bacillus spores and only perform once spores germinate and release toxins.

Studies have,however, shown that when inactivated spores are injectedin addition to vaccine, the protection towards bacillus is enhanced. Researchers from the Defence Research and Development Laboratory (DRDL), Mysore and Jawaharlal Nehru University (JNU) decided to develop a single vaccine which is effective against both the toxin and its spores so as to provide complete protection.

For this, they stitched together portions of two genes: protective antigen protein and protein present in outer layer of spore. The protein thus produced was fusion ofthe two proteins and was injected into mice.

After a few days, scientists found that injected mice had high concentration of antibodies against fused proteins in its blood, showing immune response against the injected protein. It was found that these antibodies were also able to individually bind both protective antigen and spore protein demonstrating that the vaccine can produce immune response against both spores and the toxin.

“The ability of fused protein to generate protective immune responses against both spores and toxin suggests it as an efficient vaccine candidate against B. anthracis infection,” Joseph Kingston, a scientist at DRDL, told ISW.

While antibiotics are also available, vaccines for anthrax are necessary as the infection can cause death within two-three days leaving no scope for diagnosis and treatment.

While discussing the future directions, Rakesh Bhatnagar, co-author of the study and a professor at JNU, said, “We intend to study protective efficacy of this vaccine against Bacillusspores and toxins in higher animal models.”