WHO assesses EVD risk to be low at global level; China says H3N8 infection not a cause for worry 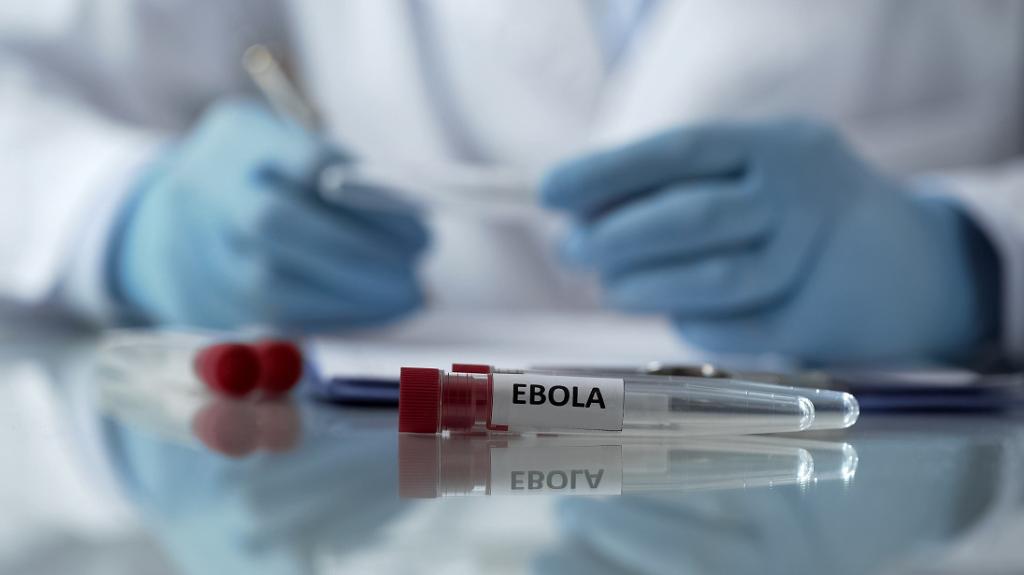 The Democratic Republic of the Congo (DRC) has reported a fresh outbreak of Ebola virus disease (EVD). Meanwhile, China and the United States have reported new strains of bird flu.

The Ministry of Health of the DRC declared an outbreak of EVD on April 22, 2022, after a casualty was confirmed in the country, according to the World Health Organization (WHO).

A 31-year-old male from Mbandaka city in the north-western Equateur province of the DRC had fallen ill April 5, reporting a fever and headache.

He was subsequently put on anti-malaria drugs and antibiotics at home but was later admitted to the general hospital on April 16, when his condition deteriorated.

He died on April 21, after infection prevention and control measures (IPC) proved inefficient. The same day, his RT-PCR blood test result for EVD came positive, as did an oral swab the following day.

Another casualty was confirmed April 25 from the same city. The 25-year-old woman fell ill April 13, was treated at home and shifted to a hospital when her symptoms persisted. She succumbed April 25.

“While symptomatic, she visited a prayer house, a health centre, a pharmacy and a nurse’s home,” the WHO update noted.

The health ministry has, as of April 27, identified 267 contacts and is conducting other measures including contact tracing, further investigations, decontamination of households and health facilities.

This is the sixth EVD outbreak in the DRC since 2018 while 13 outbreaks have been reported since 1976. The Equateur province has reported three outbreaks since 2018, with the last one spanning six months and ending in November 2020. By then, 130 confirmed and probable cases were recorded.

“Outbreak control interventions are being organised in the field and include case investigation, contact tracing, surveillance at points of entry and checkpoints, isolation of suspected cases, laboratory confirmation, IPC measures in health facilities as well as community engagement and social mobilisation,” the update noted.

The WHO warned of the virus spreading within healthcare workers since the IPC measures were not good enough. “The exposure of the first case remains unknown and therefore, it is difficult to assess the extent of the outbreak at this stage,” the global body noted.

“Some of the improvements achieved by establishing capacities such as IPC measures in health facilities during previous outbreaks have not been maintained over time to tackle the current outbreak.

“There is a need to support the province’s health professionals to conduct an effective response. In addition, logistical support is needed to reactivate the health infrastructure that was put in place during previous epidemics,” it added.

EVD is endemic in the country so these cases are not a surprise. Nevertheless, the WHO has assessed the risk to be moderate at the regional level and low at the global level.

On April 26, China’s National Health Commission stated that a four-year-old boy from Henan province had contracted the virus after being hospitalised with fever and other symptoms.

The boy’s family raises chickens at home and lives in an area populated by wild ducks, according to China’s National Health Commission.

The body called his case a “one-off cross-species transmission and the risk of large-scale transmission is low”. It said it was not concerned about any widespread transmission even though this was the first time this strain had jumped onto humans.

On April 28, the US Centers for Disease Control and Prevention announced that a young man — below 40 years of age — had been infected with the H8 strain of avian flu and was currently mostly asymptomatic, reporting only fatigue.

The health agency has not as yet shared the ‘N’ portion of the virus’ name. The patient works on a farm with infected poultry, which is likely where he picked up the virus from.

“Because the person was in close contact with infected poultry, the virus may have been present in the person’s nose without causing infection,” the Colorado Department of Public Health and Environment said in a statement.

The H5 virus occasionally infects humans, unlike what was found in China. Between 2003 and 2021, 864 cases have been reported of which 456 died, according to the WHO.