Even as the EU has put an end to preventive mass medication in animals, things have hardly moved in India 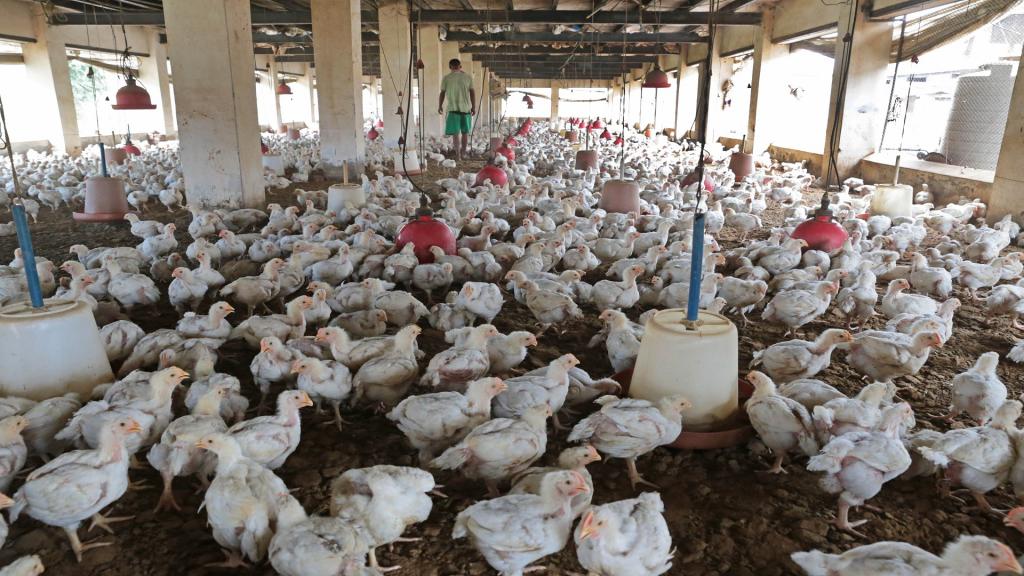 The ban on preventive mass medication by the EU sets an example for other countries on how to fight antimicrobial resistance. Credit: Vikas Choudhary/CSE

In a landmark move that can reduce antibiotics use in farming significantly, the European Parliament on October 25th approved a ban on preventive mass medication in animals using antibiotics or other drugs. This new legislation, targeted to bring down the overuse of antibiotics in animal production and ultimately halt the spread of drug resistance from animals to humans, was passed by over 97 per cent of the European Parliament.

This can empower the European Commission to reserve specific antimicrobials for treating humans only, and ensure that imported food meets EU standards. The legislation, that has a provision to incentivise research on new drugs, also prohibits use of antibiotics to enhance growth of animals.

The use of antibiotics for non-therapeutic use in food-animal production and its contribution to antimicrobial resistance (AMR), an urgent public health priority, is widely known. Nearly 70 per cent of the antibiotics produced in the US are used in livestock. Apart from treating diseases, antibiotics are also used for mass disease prevention and growth promotion. Mass medication is often used as an alternative to proper farm hygiene, sanitation, biosecurity and also to tackle stressful rearing situations in intensive animal farming practices.

In 2017, the World Health Organization launched guidelines that called for reduction in the use of all classes of medically important antibiotics in food-producing animals, including complete restriction of these antibiotics for growth promotion and disease prevention without diagnosis.

Farmers will now have to adopt better farming and farm management practices to prevent diseases. In 2006, the EU had already banned the use of antibiotics as growth promoters in food-animal farming.

Even as the EU has put an end to non-therapeutic antibiotic use, things have not moved much in India. There have only been deliberations and no action to restrict Antibiotic Growth Promoters (AGP) in feed, that is widely available with manufacturers, veterinary medicine dealers, or even sold online. Although the Bureau of Indian Standards (BIS) recommends not using antibiotics with systemic action as AGPs in feed, this is not mandatory. An expert panel set up by the BIS to make the restriction mandatory has not taken significant action so far.

The Centre for Science and Environment, a Delhi-based non-profit earlier highlighted the misuse and overuse of antibiotics in poultry farming and aquaculture practices in India and has been campaigning to ban the use of antibiotics for growth promotion and mass disease prevention. All India has right now is an advisory issued in 2014 by the agriculture ministry that calls for no antibiotic use in feed or feed supplements for animals and is voluntary.

A process for online monitoring of antibiotics in human and veterinary sector initiated by the Central Drugs Standard Control Organization is still on the back burner. And, two years after the launch of the National Action Plan on AMR that called for restriction and phase-out of non-therapeutic antimicrobials, the status quo remains.