Everyone DOESN’T need booster jabs of COVID-19 vaccines: Lancet study (but are the rich countries reading?)

Access to vaccination has been vastly inequal; Booster doses in developed countries will further squeeze out low, mid-income countries 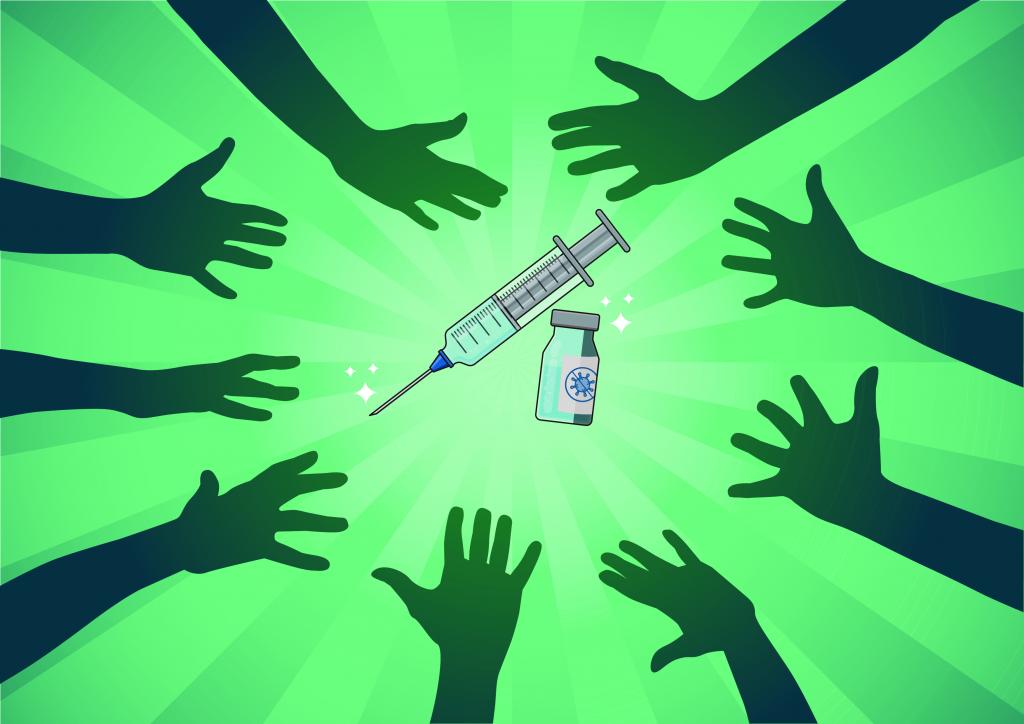 Everyone does not need a ‘booster’ dose of vaccines against the novel coronavirus disease (COVID-19), a group of scientists from across the world have concurred.

Booster shots are additional doses of a vaccine after the usual ones are administered. They are usually aimed at increasing immunity to a level enough to provide protection against a particular antigen.

The efficacy of recommended doses of respective vaccines even for severe COVID-19, however, has been high enough to not warrant any such extra doses, the experts said after a review. This holds true even for the dreaded Delta variant that has been much in focus in India since the second wave of the pandemic in the country.

The review has been published in the Lancet journal Monday, September 13, 2021. Only Friday (September 10), Sarah Gilbert — who has led the development of the COVID-19 vaccine by Oxford University in partnership with AstraZeneca plc — said something similar to the British media.

The same vaccine is administered in India as Covishield.

Immunity was lasting well among those vaccinated, she said in an interview to the Daily Telegraph. This effectively was a thumbs-down to the Boris Johnson government’s plan to widely roll out a booster dose round among British citizens.

In the United States too, the Joe Biden administration has been talking of rolling out booster doses this month itself. There reportedly have been tension within the American establishment in this regard.

The use of such booster doses has been a global hot button. The Lancet’s press note quoted WHO Chief Scientist Soumya Swaminathan, also a co-author of the review report:

Although the idea of further reducing the number of COVID-19 cases by enhancing immunity in vaccinated people is appealing, any decision to do so should be evidence-based and consider the benefits and risks for individuals and society.

Boosters may be needed in the future, but there has been no convincing data yet to show all countries and populations need boosters, said virologist Gagandeep Kang.

Public health expert and epidemiologist Chandrakant Lahariya too stressed on the lack of evidence for any requirement of booster doses for those already fully inoculated.

A question of conscience

The recent report helps in curbing the craze for booster doses. Whether it would or not is a different question. Immunologist Vineeta Bal put it down to social conscience, saying life of individuals in developed countries is considered more valuable than those from low- and medium-income countries (LMIC).

That may trigger an individualist ‘want’ to get increased protection for oneself. But “having enough immunity all across the world is a better idea,” said Bal while pointing out how the planet is interconnected now and how people need to travel long distances — something that helped spread the virus in the first place.

Lahariya found the call for booster doses in developed countries “inexplicable” even as the majority of the planet was yet to start their vaccination journey. “It is a moral and ethical question,” he said.

The World Health Organization (WHO) has repeatedly urged rich countries to share extra doses of COVID-19 vaccines with those who have not been able to procure much (or any at all).

It has categorically said booster doses were unnecessary at a time when most of the global population was nowhere close to being immunised.

The WHO-backed COVAX [COVID-19 Vaccines Global Access] programme, which had planned to make two billion doses available this year to countries in need, last week said it would fall short by a quarter. Bal called the performance of the multilateral platform “suboptimal”.

WHO Director-General Tedros Adhanom Ghebreyesus last week urged the Group of 20 partnership, which includes India, to fulfil their pledge of sharing vaccines.

Fast development of vaccines against COVID-19 was a ray of hope amid loss of lives and economic wreckage. But only about 30 per cent of the world population has been fully vaccinated yet. Another 12 per cent has been partially immunised, according to Our World In Data.

That figure too hides huge differences in range: Developed economies like the European Union, Canada and the United Kingdom have reported double the global rate; the US too has already covered over half its population. All this has been a shot in the arm for pharmaceutical giants like Pfizer Inc and Johnson & Johnson Pvt Ltd.

On the other hand, sub-Saharan Africa has been struggling as is evident in the data for the Democratic Republic of the Congo (0.03 per cent), Cameroon (0.3 per cent), Nigeria (0.8 per cent), etc. In Asia, Yemen is at 0.05 per cent, Syria and Afghanistan at 1.1 per cent and Myanmar at 3.3 per cent. Pakistan is yet to fully vaccinate a tenth of its sizeable population. In Latin America, Haiti is at 0.12 per cent while even relatively developed Venezuela is below 12 per cent. The challenge is apparent for Oceania’s island countries too.

Do we need exceptions

The latest report talked about the ‘general’ population. That doesn’t include all groups of possible patients.

“It is likely that people who are elderly or immunosuppressed will need boosters soon, or should have got three doses initially,” Kang added even as she stressed that all vaccines were not equal.

Bal agreed and pointed out that such needs would have to be studied case-by-case amid a broader policy frame that should take co-morbidities into account.

“It may be that people with natural exposure may need boosters later (or not at all), but until we have data there is not much we can say,” she said while underscoring the necessity of Indian data, given the “high rate of seropositivity reported by ICMR [Indian Council of Medical Research].

The scientists who participated in the latest review were from various organisations, including WHO Switzerland, the United States Food and Drug Administration, the Oxford university as well as institutions in the India, the US, the UK, France, Mexico, South Africa and Jamaica.

Experts like Bal and Lahariya also pointed out that similar evidence was already available. Public health experts, scientists, vaccinologists and immunologists of the developed countries needed to do more to explain the situation, Bal added.