Company representatives present its side too 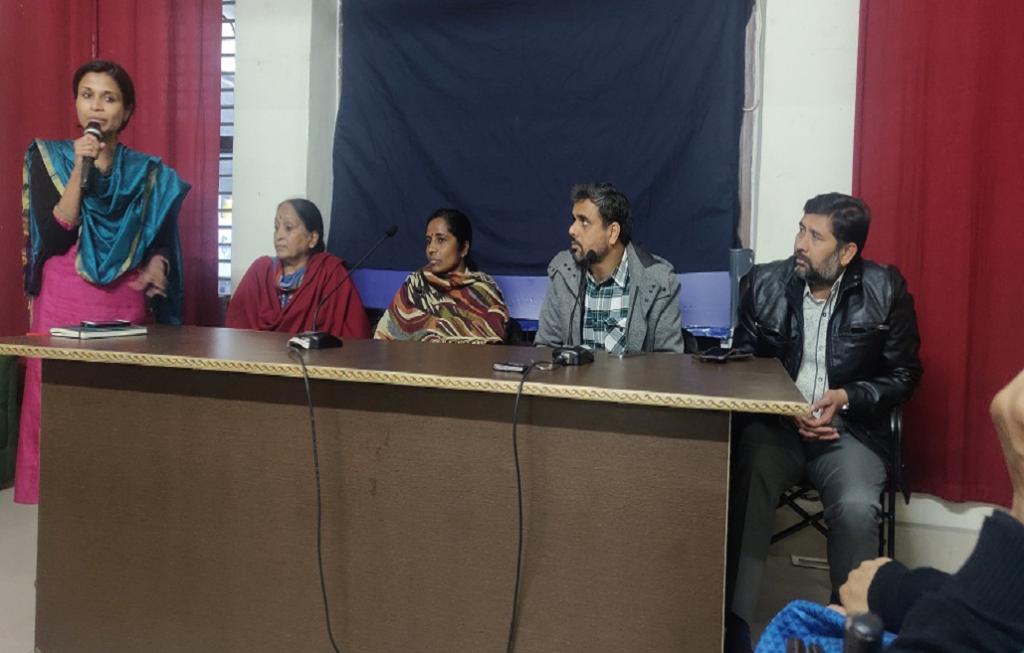 The expert committee formed by the Central government to look into the Johnson and Johnson’s (J&J) faulty hip implants issue met about 40 victims on January 9 for the first time after announcing a compensation about two months ago. However, the panel told them it may not look into the base amount of the compensation formula, a major demand of the victims.

The compensation could have ranged anywhere between Rs 30 lakh and Rs 1.23 crore depending on age and degree of disability according to the formula approved by the government on November 29. This means that J&J would have to shell out at least US $413 million.

The case relates to Articular Surface Replacement (ASR) hip implants, that were done on 4,700 Indian patients from 2004-2010. Only 1,080 patients have been traced till date. In 2010, J&J recalled its implants as they showed presence of chromium and cobalt metals that cause toxicicity as they mix with the bloodstream.

A few patients who attended the meeting spoke to Down To Earth on the condition of anonymity. “The expert committee said it had certain limitations. Increasing the base fare is beyond their mandate. If we want that to be done, we have been asked to approach the Union Ministry of Health,” said one of them.

Malini Aisola from the All India Drugs Action Network, who led the Hip Implant Patients Support Group, however, declined to comment on this aspect but said they were contented that the patients had at least got an opportunity to have an audience with the committee.

Aisola said the compensation does not compensate for the deaths. “In our group itself (of 70 people), we know four people who died. However, the formula ignores them and we requested the committee to look into it.  The other concern that we raised was that there were patients who got multiple implants of J&J. The formula does not take into account this fact.” The patients were also not happy with the non-pecuniary charges of Rs 10 lakh.

The patients had startling tales to narrate. Jyoti Rani from Vishakhapatnam has not been able to conceive due to abnormally high levels of cobalt and chromium. She got a J&J hip implant in 2008.  She was unaware of any recall by J&J. In 2013, she went back to the same doctor asking if she could get married and could think of planning a family. “My whole motive was if there was any complication, I should not destroy anybody else’s life. The doctor still did not tell me about the recall and said I could go ahead,” she said.

She married and tried to conceive. She had a miscarriage. Regular visits to the doctor and regular investigations revealed a high level of these two metals. Finally, in 2017, a revision surgery was done by which, another hip implant was put into her. As a norm, J&J had to either reimburse or directly pay for all revision surgeries. Even after the revision surgery, she is in pain today. However, her issue was not just the pain. “Chromium and cobalt have created such toxicity in my bloodstream that doctors say I would never be able to give birth to a healthy child. And therefore, I can never conceive. How does the government’s formula apply to me?” asks Jyoti.

Many patients who got revision surgery done and were present in the press conference organied on January 9, said they were still in pain. Avneesh (44), a Pune resident, got both left and right implants done in 2005 and 2006. Revision surgery for one was done. “My pain ceased to exist and pain killers are my constant companion. This, when we were told that the implants were the best in the world, and that I could actively participate in sports. Today, I limp badly while walking.  My work life is ruined. As a parent, I can’t participate in any activity with my little kid.”

Yogesh Mandhani, a resident of Maharashtra’s Jalgaon district got a hip implant performed on his father in 2010. The revision surgery did not create much of an impact. “J&J agreed to pay US$2.5 billion to US citizens. Why treat us like minions? Moreover, if the US government could make J&J pay such hefty damages, why isn’t our government able to?” asks Mandhani. Some patients also said in the conference that it was difficult to get advisability certificates with which the compensation is directly linked.

Manoj Kumar, 30, is the youngest of the lot. He lost his youth to doctors and hospitals, thanks to the implant. He got an implant done in 2008. Like in the case of other patients, J&J did not inform him about the recall in 2010. His complications arose 18 months after the surgery. In 2013, as a result of regular visits to the doctor, he came to know and was advised revision. “The first surgery itself was a lot of trauma as it was not a small surgery.  It took a lot of efforts to get ready for another one about six months ago. However, I still limp and have to work from home. All this happened in my prime, when one studies and makes a career.”

Many patients said J&J refused them revision surgery as it was only meant to be done within 10 years of the original implant. However, a difference of even a couple of months denied them of this. They said the delay happened because their reports were delayed and the company cashed upon this fact.

J&J representatives also met the expert committee on January 9 to present their side of the case as the company has been alleging that there was no transparency in arriving at the compensation formula. A case to this effect, incidentally, is also pending in the Delhi High Court.