The total health burden arising from poor diet exceeds the combined burden of unsafe sex, alcohol, drug and tobacco use 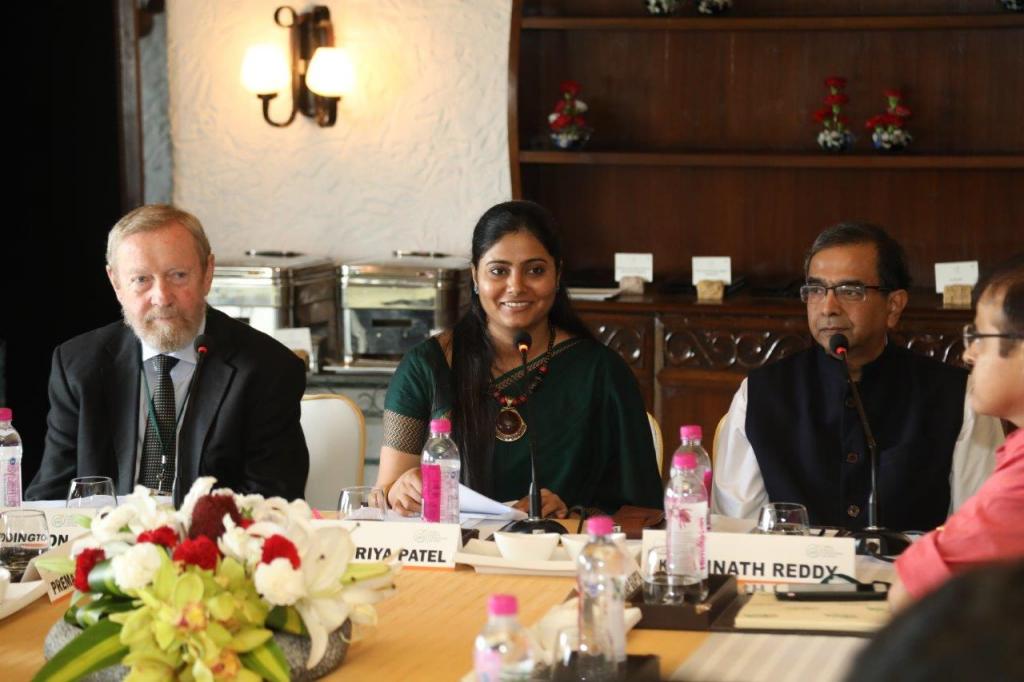 The Global Panel on Agriculture and Food Systems for Nutrition and the Public Health Foundation of India (PHFI) jointly launched the South Asian Policy Initiative for Improved Nutrition and Growth (SAPLING), a policy initiative to improve nutrition and diet in South Asian countries, on October 6, in New Delhi. The launch was accompanied by the release of a foresight report, “Food Systems and Diets: Facing the Challenges of the 21st Century”, prepared by the international panel.

The new report predicts that over the next 20 years, South Asian countries will face major challenges from nutrition- and diet-related non-communicable diseases like heart diseases, cancer, stroke and diabetes.

An additional paper titled “Better diets for a better future: A food system perspective in South Asia”, also released during the launch event, underlines the heavy health burden of poor nutrition in South Asia. According to the paper, “the risk that poor diets pose to mortality and morbidity is now greater than the combined risks of unsafe sex, alcohol, drug and tobacco use.” The paper exhorts that the challenge of nutrition will have to be addressed if South Asian countries are to achieve the Sustainable Development Goal #12 (SDG) of sustainable food consumption and production, as well as SDG #2 target of ending hunger. In economic terms, too, there is a massive need to improve nutrition in food systems. The paper estimates that the impact of undernutrition on the GDP across Asia is about 11 per cent annually.

While the report points out that there has been significant progress in South Asia to tackle undernutrition through impetus from the Millennium Development Goals (MDGs) and governmental initiatives, ending hunger remains a tough challenge. Under the ‘business as usual’ scenario, South Asia is projected to have 188 million calorie-deficient people in 2030.

Double burden of undernutrition and obesity

Another significant challenge, according to the report, is the “double burden” of undernutrition and obesity existing side-by-side. “Undernutrition remains a big concern but what we are also seeing is a steep rise in obesity in South Asia,” said Srinath Reddy, president of the PHFI and panel member, at the event. The report reveals that prevalence of obesity among women is almost the same as prevalence of undernutrition. The projections indicate a worsening of the situation by 2030.

“The level of effort required to address this problem is not dissimilar to the fervour with which the international community confronted HIV/AIDS, malaria and other pandemic diseases,” said John Beddington, former UK Chief Scientific Advisor and co-chair of the Global Panel on Agriculture and Food Systems for Nutrition.

Highlighting the need for food systems to deliver a healthy diet, the panel asserted the demerits of modern over-reliance on processed foods and the necessity of food diversity to tackle micro-nutrient deficiency which hampers physical and mental development in children and leads to several chronic non-communicable diseases in adults.“The long and damaging path that high-income countries have taken to slowing down rises in obesity rates is not a fixed route and needs to be avoided by South Asian countries,” said Reddy. “The way to do it is to encourage diversification of cropping and incentivise farmers to take up less resource-intensive but more nutritious food crops. A move away from economically lucrative crops to crops of higher nutritious value would require a market support mechanism initiated by the government,” he added.

The report reveals that between 80-85 per cent of Indian population consume processed foods, leading to a shift towards energy-dense foods and away from micronutrient-rich foods.

“The Report provides a guide for governments and decision-makers to change course through action and investment to create food systems that promote health and deliver quality diets,” said Sandy Thomas, Global Panel Director.

In the run up to COP22 in November, Reddy also highlighted the need to recognise the impact of climate on food systems and vice-versa. “It isn’t only that climate affects food productivity but also intensive agriculture, poultry and industrial livestock farming have been shown to add significantly to the problem of GHG emissions. While ending hunger should and will remain the priority, care must be taken to ensure that this is done sustainably and this will again require diversification of food crops and less resource-intensive farming techniques, including organic farming. It will also require some kind of compromise between high-consumption economies, mostly in the West and the developing world,” he said while speaking to Down to Earth.

The Report recommends that in South Asia, specific priorities for action should include: