Funds for research on neglected diseases lowest in 2015 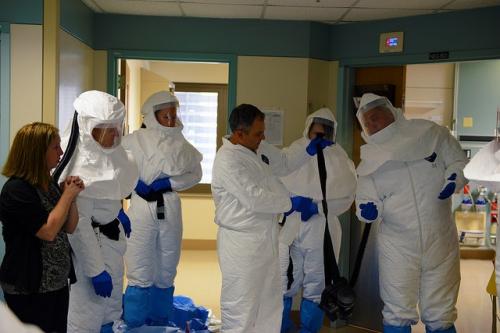 Global funding for research and development on neglected diseases reached a historic low in 2015, driven by declining public sector investment.

The G-FINDER report by Australia-based independent group, Policy Cures Research, says that the decline is due to the lack of funding by rich countries. According to it, this is the lowest-ever funding on record by the US. Same can be said of the UK. The G-FINDER analysis tracks public and private investment in diseases that affect people in the developing countries.

Over 1 billion people in 149 countries worldwide suffer from one or more neglected diseases, and they are now included in the Sustainable Development Goals.

In 2015, the latest year for which figures are made available, US $ 3.041 billion was invested in research and development (R&D) of neglected diseases. This is a 2.3 per cent reduction when compared to 2014 and the third successive year of decreased funding. Despite cash crunch, investments in Ebola and other African viral haemorrhagic fevers shot up to touch US $ 631 million in 2015, more than what was spent on any other neglected diseases except HIV/AIDS.

“Top tier” diseases suffered the most as a result of reduced funds, the report adds, as the overall funding dropped by 3.3 per cent. Though HIV/AIDS, tuberculosis and malaria received 71 per cent funding, the decline has set alarm bells ringing. Investments in HIV/AIDS reduced by 5.4 per cent (US $ 54 million less) and malaria dropped by 3.06 per cent (US $ 17 million less). Funding for tuberculosis was up by a mere 0.5 per cent.

Changes in nature of fund raising

While the UK and the US reduced their fundings by US $ 44 million and US $ 22 million respectively, the European Union (EU) increased its funding by 20 per cent (US $ 125 million). Cecile Vernant, head of non-profit Deutsche Stiftung Weltbevoelkerung, which contributed to the report, says, “It is obviously good news that, in bucking the trends of other major donors, the EU is increasing the money it spends on life-saving research. The EU is clearly committed to research on diseases like HIV/AIDS and malaria, research which not only saves lives, but also creates jobs and growth in Europe.”

Sadly, public sector funding for neglected disease have been witnessing reduction since 2012 while private investment was slightly higher in 2015, following a significant increase in 2014. Also, reduction in philanthropic funding dropped by 3.5 per cent in 2015. It comes from two main donors—the Wellcome Trust in London and the Bill & Melinda Gates Foundation in Seattle, Washington. These two accounted for US $ 610 million out of US $ 645 billion in public funds in 2015. The Wellcome Trust cut its investment by 31 per cent since 2012.

In 2015, the World Health Organization (WHO) had warned that unpredictable epidemics such as the Ebola crisis in West Africa can divert efforts and resources away from neglected diseases.

The London Declaration has been notable in kick-starting a strategic effort in fighting neglected diseases. Experts feel shift in priorities of donors must not be allowed to stall the progress made on neglected diseases. WHO advocates scaling up domestic investments to tackle 17 neglected diseases. This report also urges countries to consider this as an opportunity for strengthening and revamping the overall financial set up of health systems.

Graph has been taken from the G-FINDER report