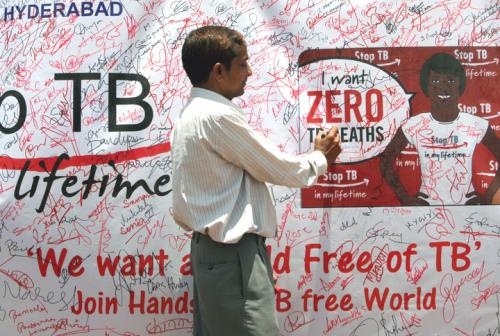 Gains made in controlling tuberculosis (TB) are now threatened by growing drug-resistance in the bacteria that causes it. Experts from various countries including India, China and South Africa expressed their concern in an article published in the journal Lancet Respiratory Medicine, on March 23.

They opine that the rise and spread of two kinds of drug resistant TB—multi-drug resistant (MDR) and extremely drug resistant (XDR) tuberculosis—mirrors the spread of antimicrobial resistance against malaria, HIV and gram negative pathogens. The traditional belief that drug resistant-TB results from poor compliance of treatment regimens and the programmatic failure is now being questioned.

The multi-drug resistant variant of TB remains unaffected by two of the most powerful anti-TB drugs, isoniazid and rifampicin. XDR-TB, is a form of drug-resistant TB with additional resistance to more anti-TB drugs that therefore responds to even fewer available medicines. XDR-TB involves resistance to isoniazid and rifampicin, another family of drugs called fluoroquinolones, and at least one of the three injectable second-line drugs.

The authors say that sub-optimal drug delivery may be one of the reasons for increase in drug resistant TB. To overturn this, the authors stress on new and repurposed drugs (such as bedaquiline) and updated policies.

Another article published in the same journal says that the TB-causing pathogen Mycobacterium tuberculosis had a 50-year head start in developing resistance to the current first line of treatment. It also points to the lack of commitment to address drug-resistant TB, which can now be a transmitted from one person to another. The authors propose that over the next decade, drug-resistant TB can spread in an unprecedented scale. Thus, its addressal will require a stronger commitment from high-burden countries, the article adds.

India is a hub for TB and its drug-resistant variants, according to the World Health Organization (WHO). The Global Tuberculosis Report 2016 reveals that India has been underreporting TB incidence by a large margin. The Union health ministry aims to eradicate the disease by 2025, but that cannot be done without addressing drug-resistance.