Indirect advertising of such products can increase the risk of non-communicable diseases, the health ministry says 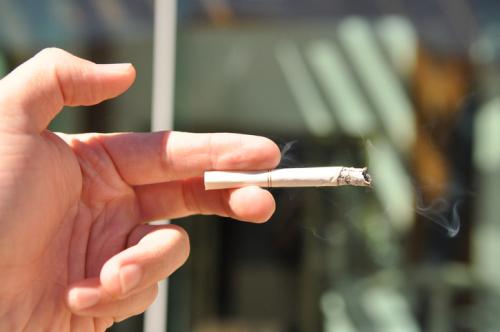 The Ministry of Health and Family Welfare has written to the Railway Board asking it to not allow advertisements of products detrimental to health such as alcohol, high fat, salt and sugar foods, sugar-sweetened beverages and tobacco on trains, according to media reports.

The health ministry has said that indirect or surrogate advertising of such products can increase the risk of non-communicable diseases (NCDs) which is a matter of concern. According to reports, the health ministry told the railways that promotion of products that have negative health externalities will be counter-productive and scuttle government's ongoing efforts to reduce consumption of alcohol, tobacco, food containing high fats, sugar and salt and sugar sweetened beverages.

In January, Indian Railways had announced initiatives to increase its revenue from non-tariff sources. It plans to augment revenue by monetising assets through advertising. Apart from trains, unused areas such as road over bridges, level crossing gates and area along tracks will also be available for advertising.

According to the World Health Organization (WHO), NCDs are estimated to account for over half of all deaths in India. As per a report published in the Lancet on April 5, around 11.5 per cent of global deaths in 2015 could be attributed to smoking. Of these, 52.2 per cent casualties were in four countries—China, India, USA, and Russia. The report further said that India was among top three countries in total number of male and female smokers.

Diabetes is another NCD that is affecting more and more people, especially in low- and middle-income countries. India had 69.2 million people living with diabetes in 2015, which was roughly 8.7 per cent of its population, says the WHO. However, diabetes remained undiagnosed in more than 36 million Indian people.

Following a similar trajectory, obesity is also gripping more people in the country. According to the Obesity Foundation of India, about 30 million Indians are obese and the number is predicted to double in the next five years.