In search of hope and care: Medical tourism or forced migration? 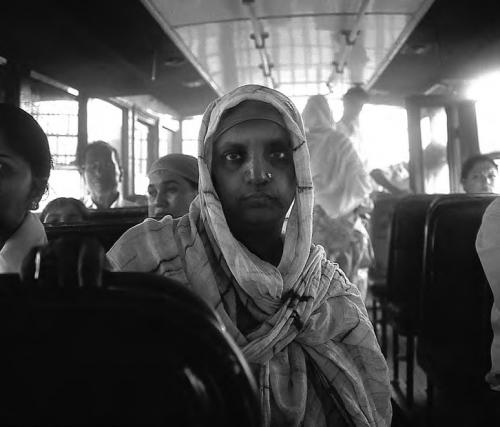 Marta kya na karta (One can do anything when pushed to the wall),” says 40-year-old Rita Kumari from Supaul district of north Bihar.

At a time when the COVID-19 pandemic was tightening its grip across the country Rita and her daughter, Sandhya, had to undertake multiple trips to hospitals in Nepal and Uttar Pradesh, before reaching the All India Institute of Medical Sciences in Delhi in October 2020.

Sandhya had recently been diagnosed with haematologic cancer. Sandhya's father, who worked as a manual labourer in Ludhiana, Punjab, joined them a few months later in Delhi after losing his job during the second wave of the pandemic in 2021.

The family has left behind two younger children in the village under the care of relatives.

As Sandhya’s treatment requires frequent visits to the hospital, they have rented a room, almost 25 kilometres away in Gurugram, to live along with informal workers from their village — their only source of solace in the vast unknown city.

Globally, mobility for healthcare is often put under the umbrella of “medical tourism”, which depicts healthcare-related migration as an act of choice or privilege.

However, the fact is in various geographical contexts like that in India, millions of people are forced to migrate in search of adequate medical care and with the hope of another chance at life.

Some even migrate for secondary healthcare, which is either unavailable close to their locality or unaffordable as offered only by private hospitals and doctors. The final medical destinations for most are the metropolitan cities of Delhi, Mumbai, Chennai and other urban centres where public hospitals offer affordable and advanced medical care.

Data with the National Sample Survey Organisation (NSSO) on domestic tourism in India (for 2014-15) shows that 36.6 million health-related trips were made in India, including travel within the home district and to other districts in the home state as well as in other states.

The number of such trips made from rural areas outweigh those made from urban areas by a significant margin. This difference in numbers exposes the regional disparities in healthcare provision in India and how people negotiate these inequalities. They, however, remain silent about the phenomenon of migration for healthcare.

This article tries to understand this complex idea with new clarity through the lives and experiences of those who migrate for treatment.

In the current pandemic times, India's healthcare infrastructure and its many failings are no secret. Other than the urban-rural divide and inter-state disparities, private sector creates an imbalance of access, affordability and quality.

The structural inconsistencies of healthcare infrastructure compel the poor and often socially marginalised to undertake outward journey in times of distress, leaving them to fend for themselves in unfamiliar places.

Like Sandhya and her family, most patients visit nearby towns and cities after exhausting local medical options. The choice of the destination depends on the promise of quality and affordability.

As a local trend in healthcare, Sadhya chose to travel to Nepal from her village instead of the state capital Patna. After spending four months at a hospital in Nepal without any improvement, they travelled to AIIMS-Varanasi, where the doctors referred Sandhya's case to AIIMS-New Delhi.

While the lack of availability of quality and affordable medical care in the near vicinity is the most common cause of travelling to metropolitan cities like Delhi and Mumbai, the anonymity and escape from the stigma which the city offers is also a factor for some, especially in cases of cancer, infertility and disability.

In the case of Raghav, a 34-year-old from Bihar's Saharsa district, AIIMS-New Delhi is the ultimate hope for treatment for his three-year-old son born with neuromotor impairments.

Over two years, Raghav has saved Rs 1.20 lakh from his meagre earnings as a village mechanic to cope financially with the demands of medical treatment in Delhi. Raghav believes that coming to the national capital for treatment has given him hope for the first time as his child can now receive speech therapy, physiotherapy and other procedures which were unheard of in Bihar.

It is only the hope of saving a loved one that keeps those migrating for healthcare going. The struggles of getting a hospital bed and adequate medical attention are a constant worry for most. With public healthcare infrastructure stretched to the limit, patients, except for those requiring hospitalisation in case of an emergency, have to queue up for months before securing a bed.

With minimal options for accommodation and daily meals, migrant patients and their caregivers temporarily stay in cheap lodges and dharamshalas or rent expensive rooms in the vicinity. On some nights they are left with no option but to sleep on the footpaths outside hospitals like AIIMS.

While treatment and bed charges for the poor patients are free or nominal, the long waiting lines for diagnostic tests and unavailability of expensive medicines often force families to depend on the private market.

Apart from beds and medicines, outstation patients also find it impossible to arrange blood donors before surgeries and other medical procedures. Amid all these concerns, the emotional and psychological pressures of being away from family, leaving behind children and the elderly, are insurmountable for many. 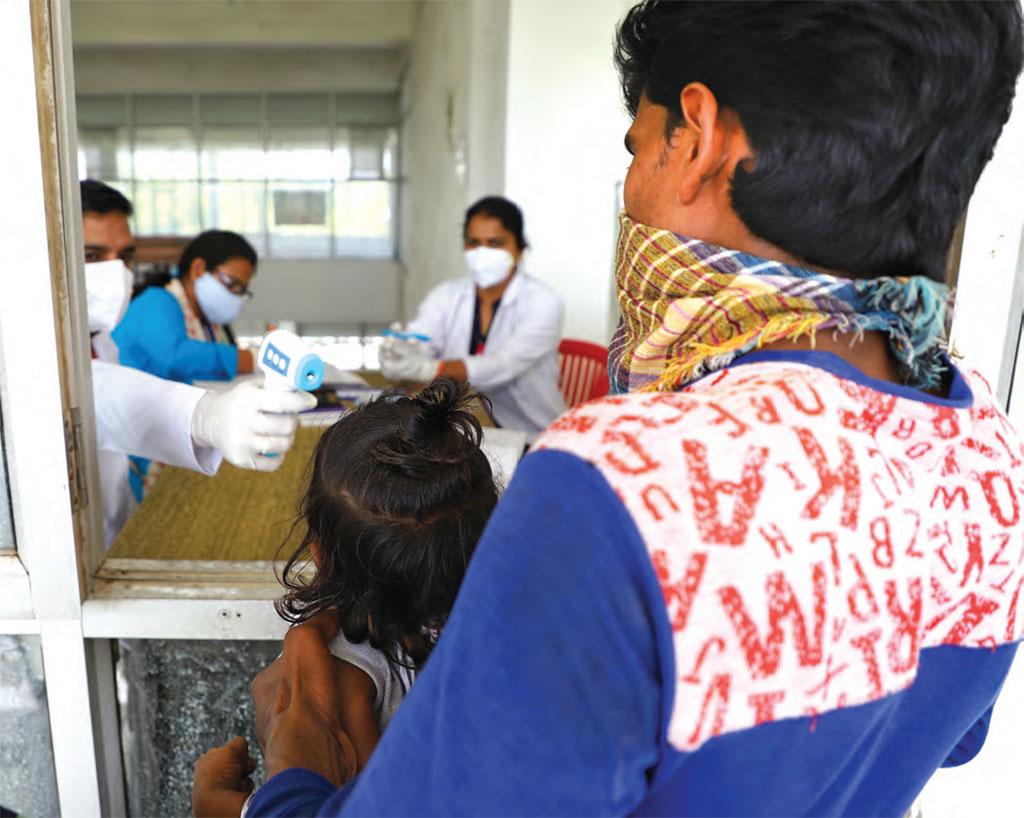 Alone in a strange land

For most patients and caregivers, existing migrant networks become their passage into the city, offering a place to stay, food, attendants and advice to navigate the city and its medical infrastructure. Many also rely on political networks and come to the city with letters from local political leaders, to increase their chances of getting aid and accommodation.

However, the patients and their caregivers eventually need to find their own space in the city. In Mumbai and Delhi, an entire local economy flanking the hospitals is fuelled by selling and renting everything the migrant patient could require, including blankets, mattresses, cooking utensils, regional food, newspapers, even alternative medicines.

As two to three family members usually accompany a patient to the city, some of them take up odd jobs whenever possible to meet the towering daily expenses. Some even rely on their networks to bag the job of a delivery person or even work at construction sites.

It is also not uncommon for the migrant patients or their caregivers to continue their life in the city after the treatment ends. While younger family members may choose to continue working in the city, often to repay the money borrowed for treatment, some stay back to provide better education to children and fulfil their aspirations for a better future.

The presence of a network of welfare organisations and charities that contribute to the day-to-day needs of patients and sometimes offer free medical aid, medical equipment and counselling also helps navigate the city as a migrant health-seeker.

The financial burden of seeking healthcare in a city like Delhi or Mumbai for the poor holds the imminent threat of pushing entire families into a cycle of poverty and debt. The out-of-pocket expenditure on medical trips includes diagnostic tests and medicines and the daily needs of two or more family members.

While government schemes like Ayushman Bharat provide financial aid for medical treatment in some cases, these provisions do not consider the monetary needs of surviving in the city as a patient or their family members.

The absence of robust financial and institutional support for these medical journeys also means that many Dalit, Adivasis, women and children remain entirely excluded in this most basic human pursuit of healthcare.

A majority of migrants for healthcare are forced to undertake these journeys, arduous both physically and mentally, because they belong to regions characterised by historical negligence of public healthcare infrastructure. Migration for healthcare is a phenomenon resulting from decades of structural deficits in healthcare in India.

Yet, it falls through the cracks of public health, urban development and social welfare. The pandemic has illustrated the need for policy and practice to understand the patterns of human mobility in India. The hope for better medical care, like the hope for better opportunities, will always keep people on the move.

Along with long-term improvement of access and quality of healthcare for disadvantaged regions and communities, it is crucial to respond to the current needs of health-seeking migrants in our cities with proper provisioning of shelter, care, nutrition and financial aid. After all, only structural solutions can tackle structural problems.

All names changed to protect the identity of research participants.

This was first published in Down To Earth’s annual State of India’s Environment 2022. Deeksha is Commonwealth Scholar, University of Edinburgh, and Doctoral Scholar at Tata Institute of Social Sciences, Mumbai)