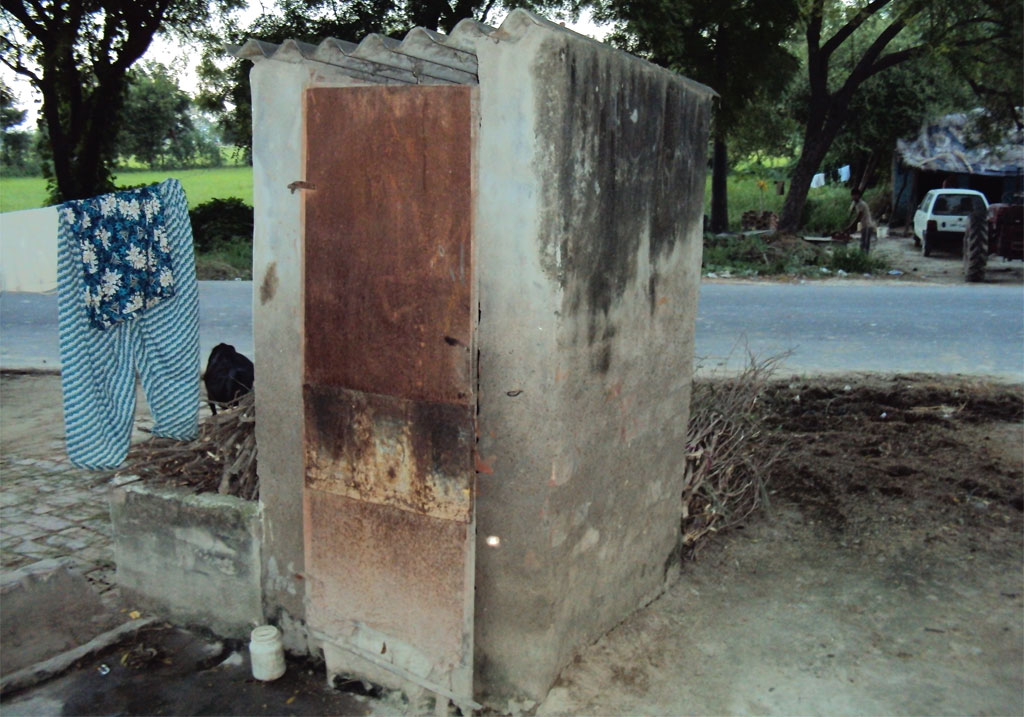 India has achieved very little in the last 20 years when it comes to eradicating open defecation. Also, India is one among two countries (along with Namibia) which have the largest gap between their richest and poorest people in terms of facilities for open defecation.

These facts were highlighted in a report published by the World Health Organization (WHO) and UNICEF which warns that lack of progress on sanitation threatens to undermine child survival and health benefits from gains in access to safe drinking water.

The Joint Monitoring Programme report named “Progress on Sanitation and Drinking Water: 2015 Update and MDG Assessment”, says worldwide, 1 in 3 people, or 2.4 billion, are still without sanitation facilities—including 946 million people who defecate in the open.

After the Millennium Development Goals (MDG) came to the fore, the international community, in one of its biggest feats, achieved clean drinking water access for millions. With some 2.6 billion people having gained access since 1990, 91 per cent of the global population now has improved drinking water—and the number is still growing. In sub-Saharan Africa, for example, 427 million people have gained access—an average of 47,000 people per day every day for 25 years.

The result of access to improved water has been visible on other indicators too. Like, child survival gains have been substantial. “Today, fewer than 1,000 children under five die each day from diarrhoea caused by inadequate water, sanitation and hygiene, compared to over 2,000 15 years ago,” says the report.

On the other hand, the progress on sanitation has been hampered by inadequate investments in behaviour change campaigns, lack of affordable products for the poor, and social norms which accept or even encourage open defecation. Although some 2.1 billion people have gained access to improved sanitation since 1990, the world has missed the MDG target by nearly 700 million people. Today, only 68 per cent of the world’s population uses an improved sanitation facility—9 percentage points below the MDG target of 77 per cent, says the report.

In this area, India has been one of the worst performers, which is also visible in the field of prevailing child malnutrition. The practice of open defecation is also linked to a higher risk of stunting—or chronic malnutrition—which affects 161 million children worldwide, leaving them with irreversible physical and cognitive damage. As per existing data, almost half of the children in India are suffering from malnutrition.

As per existing data though, India has managed to reduce 31 per open defecation, which stands for 394 million people. And the report terms it important, due to its significant influences on regional and global estimates. However, India’s individual performance as per the MDG target is poor. 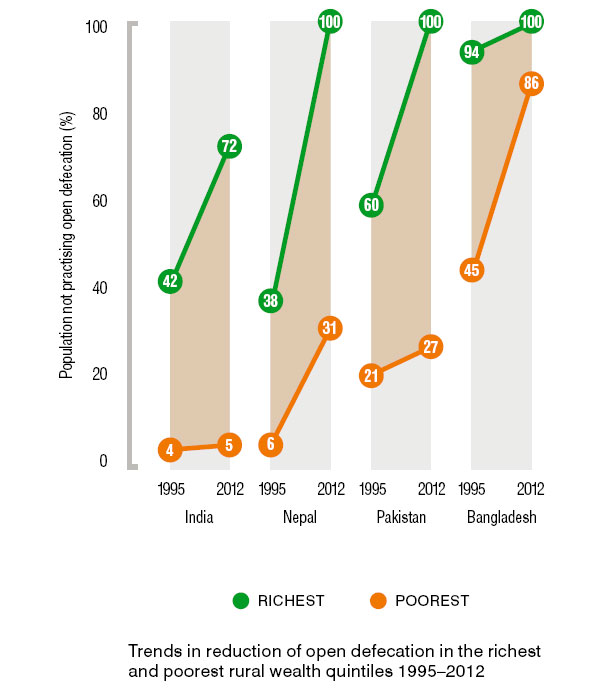 “What the data really show is the need to focus on inequalities as the only way to achieve sustainable progress,” said Sanjay Wijesekera, head of UNICEF’s global water, sanitation and hygiene programmes.  “The global model so far has been that the wealthiest move ahead first, and only when they have access do the poorest start catching up. If we are to reach universal access to sanitation by 2030, we need to ensure the poorest start making progress right away.”