NIV-Pune finds evidence of another lineage in Kerala samples; it suggests a distinct cluster of human-human transmission, possibly unrecognised for years 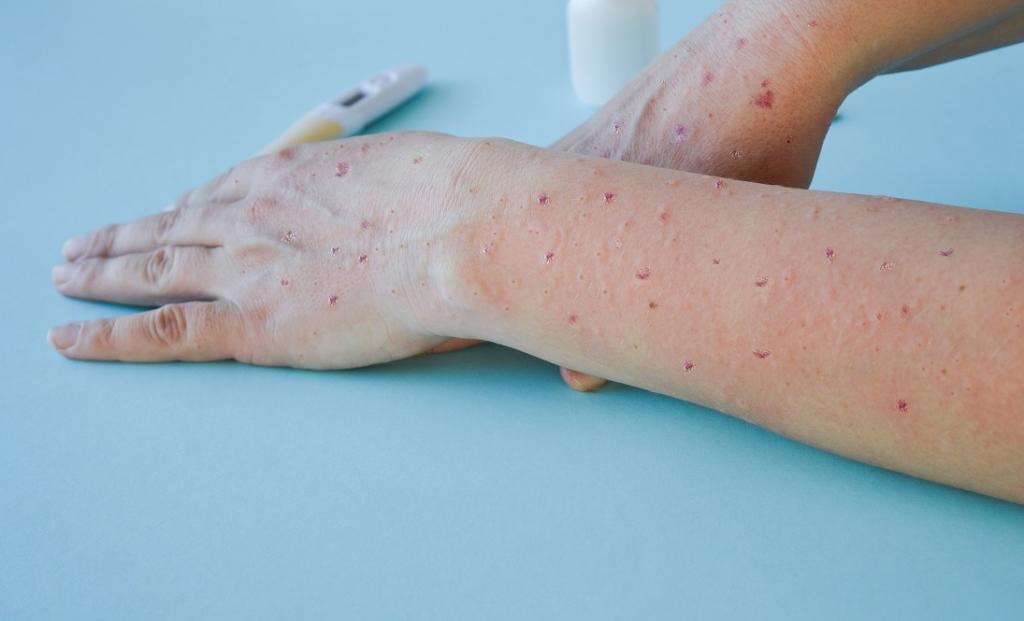 Monkeypox is now a public health emergency of international concern (PHEIC), with a large number of cases in Europe. There are four confirmed cases in India, all men in their 30s. However, tests conducted by the National Institute of Virology (NIV), Pune, indicate that the virus circulating in India is of a different lineage from the one in Europe and worldwide.

NIV researchers successfully isolated the virus recently. The genome sequence of the isolated strain revealed a 99.85 per cent match with the West Africa clade of monkeypox.

Read Down To Earth’s coverage of the monkeypox outbreak

This strain is also driving the global outbreak. It has a case fatality ratio of approximately three per cent, according to the World Health Organization (WHO).

However, an analysis by Council of Scientific and Industrial Research Institute of Genomic and Integrative Biology (IGIB) of the early genomes of two cases from Kerala with a travel history showed that they belonged to the A.2 lineage of monkeypox.

The United States’ Centers for Disease Control and Prevention (CDC) had done genetic sequencing last month. They had found two distinct lineages driving the monkeypox outbreak outside Africa — B.1 and A.2.

This is evidence of a much larger international spread that has likely been festering for some time.

Currently, cases are concentrated within a particular network — men who have sex with men. They are evidence of longer human-to-human transmission of the virus triggered by superspreader events in Europe.

Genomes from across the world support this observation, Vinod Scaria, a scientist at IGIB, said on Twitter.

Very few genomes belong to the A.2 lineage of the monkeypox virus and the earliest ones can be traced back to 2021 from the US — Florida, Texas and Virginia — and Thailand.

“We think this indicates that there are likely multiple introductions (of monkeypox) out of Nigeria at points in the recent past and there are likely additional transmission events occurring globally,” Inger Damon, director of CDC’s division of high-consequence pathogens and pathology, had told US health news website STAT in an exclusive interview.

“It does raise the question … are there reservoirs and human infections occurring in a wider area? And I think it’s really a further understanding of west Asia and east Africa as potential areas where the virus was introduced,” he added.

Incidentally, all three monkeypox cases in Kerala have a travel history to west Asian countries.

Scaria noted that since the two cases from Kerala belonged to the A.2 lineage, they were unlikely to be connected to the European superspreader event.

Instead, they were evidence of “a distinct cluster of human-human transmission, possibly unrecognised for years.” Some other cases belonging to the A.2 cluster also had a travel history either to west Asia or east Africa.

These findings strengthen the case for genome sequencing to better understand the virus and inform public health measures.

A robust testing mechanism is key for better genome sequencing. The Indian Council of Medical Research (ICMR) has now activated 15 labs across the country to conduct preliminary tests for monkeypox, with confirmatory tests being conducted at NIV-Pune.

The ICMR also invited an expression of interest July 27, 2022, from pharmaceutical companies to develop vaccines and diagnostic kits. The medical body has proposed to handover the virus strain to interested industry partners.

India has put several airports on high alert to be on the lookout for people complaining of an unexplained rash and a travel history in the preceding three weeks.

Stringent screening measures have been put in place by several state governments. Currently, monkeypox is a notifiable disease only in Delhi and no such step has been taken at the central level as of now.

WHO declared monkeypox a PHEIC July 23, as cases climbed to over 16,000 globally. The declaration came after its executive committee reconvened for the second time July 21.

So, what will countries do now that monkeypox is a PHEIC?

“The declaration raises the global alert and should spur governments to act more aggressively. Countries will still have variable responses but the emergency should push leaders to do more and it will promote international coordination,” Lawrence Gostin, director, WHO Collaborating Center on National & Global Health Law, told Down To Earth.

The WHO has issued a set of recommendations for how countries should respond to the outbreak in terms of ramping up surveillance and who to vaccinate.

But these are not binding in any way. Such a declaration in the past has been key in triggering a robust response with diseases like Zika and Ebola, Gostin said.