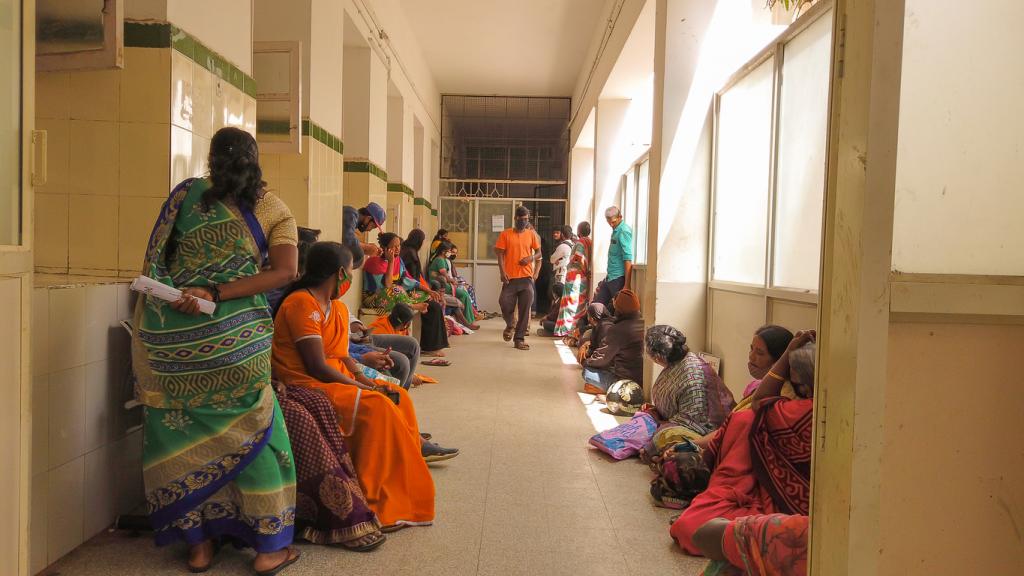 High OOPE on health is impoverishing some 55 million Indians annually, with over 17 per cent households incurring catastrophic levels of health expenditures every year, a World Health Organization (WHO) report from March 2022 estimated.

Indian households spent Rs 2,87,573 crore on healthcare services, accounting for a major chunk of the total health expenditure. In comparison, the country’s Current Health Expenditure is Rs 5,40,246 crore, where the government has contributed Rs 2,42,219 crore. This includes capital expenditure.

While the proportion of OOPE on health has decreased over the years, it remains much higher than the global average of 18.1 per cent as of 2019, according to the World Bank.

Kerala’s feature in this list, however, is likely a function of higher health-seeking behaviour of the residents, argued health economist Rijo John.

Government spending on health in the southern state is the second highest in India — Rs 2,479 per capita. The state is second only to Himachal Pradesh (Rs 3,604).

The larger figures for India, however, point to one reality — health is not a priority for the government. India risks a future of widening inequities, hindered progress towards universal health coverage as well as increased morbidities and associated mortalities, as it is highly likely that the poor and vulnerable may forgo treatment due to higher cost of care, Pratheeba J, health financing specialist with the Health Systems Transformation Platform, told Down To Earth (DTE).

India was among the 10 worst performing countries in terms of prioritising health in government budgets, at both state and central levels, according to the Economic Survey of India 2021.

OOP spending on health services in India has important implications for poverty levels and trends in India, the WHO report noted. “Existing literature for India shows that OOP payments not only impoverish a large number of households, but also deepen poverty among already poor households.”

There is precedent for the link between poverty and OOPE on health in available literature, John told DTE, adding:

Many Indian households resort to distress selling of assets in times of hospitalisation which leads to increased incidence of poverty. Those at the margin, occupying the lower quintile, are most vulnerable.

But that is not all. Studies have shown poor people in India’s poorest states were the most affected.

Mean OOPE per episode of hospitalisation was lowest in Tamil Nadu, a fiscally stronger state, and highest in Bihar.

Increasing public spending to 2.5-3 per cent of the gross domestic product (GDP) can significantly bring down OOPE to 30 per cent of overall healthcare spend from 65 per cent, the Economic Survey report noted.

Currently, India spends barely 2 per cent of its GDP on health. “The government has recognised the need for greater resources in the poorer states and bridged this gap by additional funding through Finance Commission grants and the National Health Mission,” said Pratheeba J.

States need to improve their absorptive capacity such that the available resources are utilised efficiently, she added.