India wants to be TB-free by 2025, but patients suffer due to stigma, lack of counselling 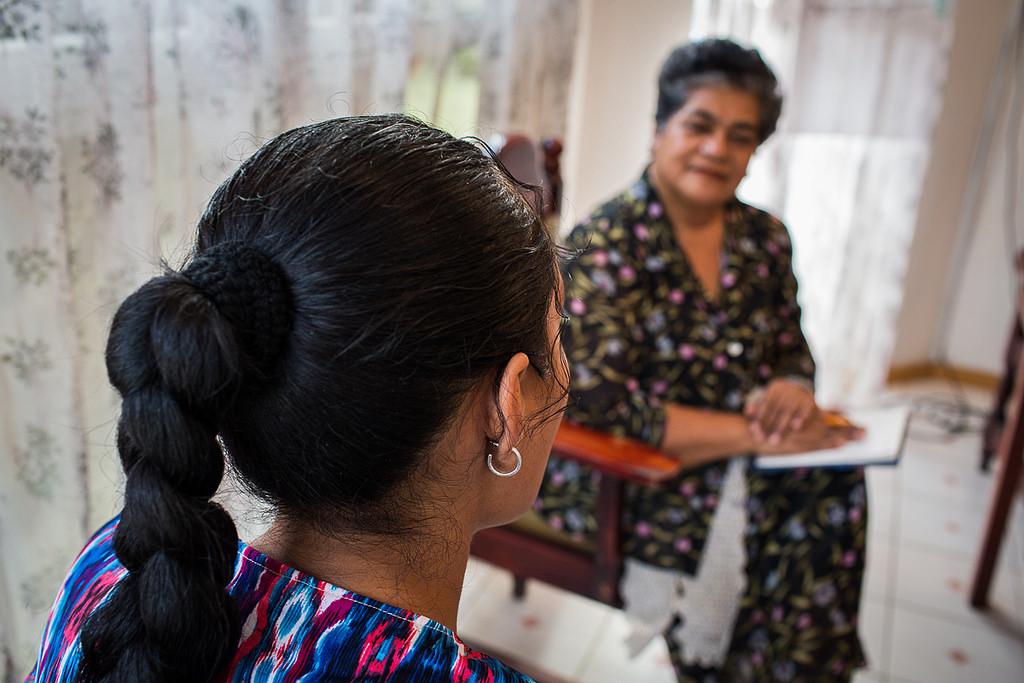 Families need to be involved in patient counseling to increase their awareness about the disease. Credit: Department of Foreign Affairs/ Flickr

Yasmeen (name changed) was freshly out of teens when her marriage was fixed with Shameem—a tall and handsome boy, just like she had imagined for herself. Elated and excited, the twenty-one year old left her hometown Pataudi in Haryana and came to Tughlakabad village in Delhi. She was married for only three months when her health started deteriorating. One day she found blood in her vomit and within two days she was diagnosed with tuberculosis. Yasmeen thought life was crumbling around her and although the doctor told her that TB was curable, the stigma and the fear weakened her resolve day by day.

“I used to be either angry or sad. I started blaming my marriage to be ill-fated. My mother-in-law’s taunts added insult to injury and I went back to my parents’ house,” recalls Yasmeen. Women in India experience considerable TB-related social disqualification and feelings of rejection, which result in psychological, social and emotional distress, said a 2008 study published in the International Journal of Tuberculosis and Lung Disease. It also found that the overall stigma index associated with TB is the highest in India. Yasmeen’s story was not different. The stigma, stress in her newly married life and side-effects of drugs led to her losing out to follow-up.

“I used to lock myself up in a room and not interact with anyone. I had stopped going out. Also, there was constant nausea and vomiting due to the side-effects of drugs. I just could not tolerate it and thus, stopped taking the medicines for around two months,” she says.

The treatment duration for TB is at least six months. As soon as the patients start feeling better there is a tendency to stop the medicines because of side-effects like stomach discomfort, headache and fever. Also, incidence of depression and anxiety has been found in multi-drug resistant (MDR) TB. “That is why there is a need for intensive counseling which helps them and their family to understand the importance of adhering to the medicine course,” says Smita Agrawal, director of training at Operation Asha, a non-governmental organisation that works towards expanding access to health services to TB patients.

Research also establishes that counselling can play a major role in improving continuation and adherence in TB patients. A 2016 study, published in the journal Archives of Pulmonology and Respiratory Care, analysed the role of counselling on patients in a government hospital in Peshawar (Pakistan). During the study, 60 patients diagnosed with pulmonary tuberculosis were divided into two groups out of which one was given regular counselling and was called the experimental group. The remaining patients formed the control group. The experimental group was provided weekly follow-up counselling sessions.

Detailed session on DOTS (Directly Observed Treatment, Short Course) was hosted for patients as well as their family. Besides regular follow-up sessions for six months and an added incentive of Rs 50 per session, a team of counsellors was in constant touch through telephone with the experimental group to monitor progress and give reminder for weekly sessions. The effectiveness of counseling was measured by comparing dropout rate per week in experimental and control groups. 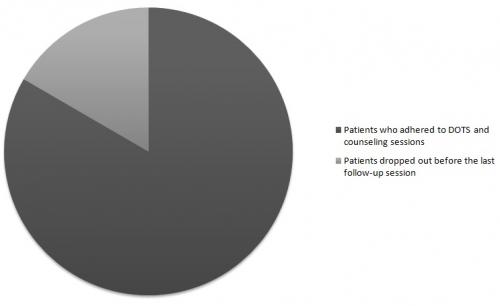 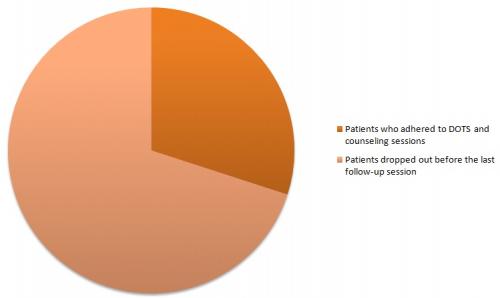 Over 83 per cent of patients who received counseling adhered to the therapy till the last follow-up session while only 30 per cent continued the treatment and kept on coming up for follow-up sessions in the control group. The researchers concluded that counselling is important to optimise therapy, aid compliance and inform patients of any potential complications of therapy.

Counselling is integral not only because it aids adherence among TB patients but also because it provides psychological support required to cope with the mental health issues that surface during treatment. Prevalence of mental disorders, including depression and anxiety, among TB patients is estimated to be between 40 and 70 per cent, says the World Health Organization.

These disorders can be segregated into two aspects—one is the drug-induced psychosis and the other is associated with the loss of social standing, stigma, loss of employment and stress in interpersonal relationships. Several anti-TB medications such as cycloserine may precipitate more severe forms of mental disorders—including major depression, anxiety or psychosis.

There is also evidence of increased risk of suicidal behaviour among people living with TB. In October, a 19-year old woman living with TB in Hyderabad reportedly committed suicide. In December, a 43-year old man jumped off a building in Mumbai. He was suffering from TB for two years. 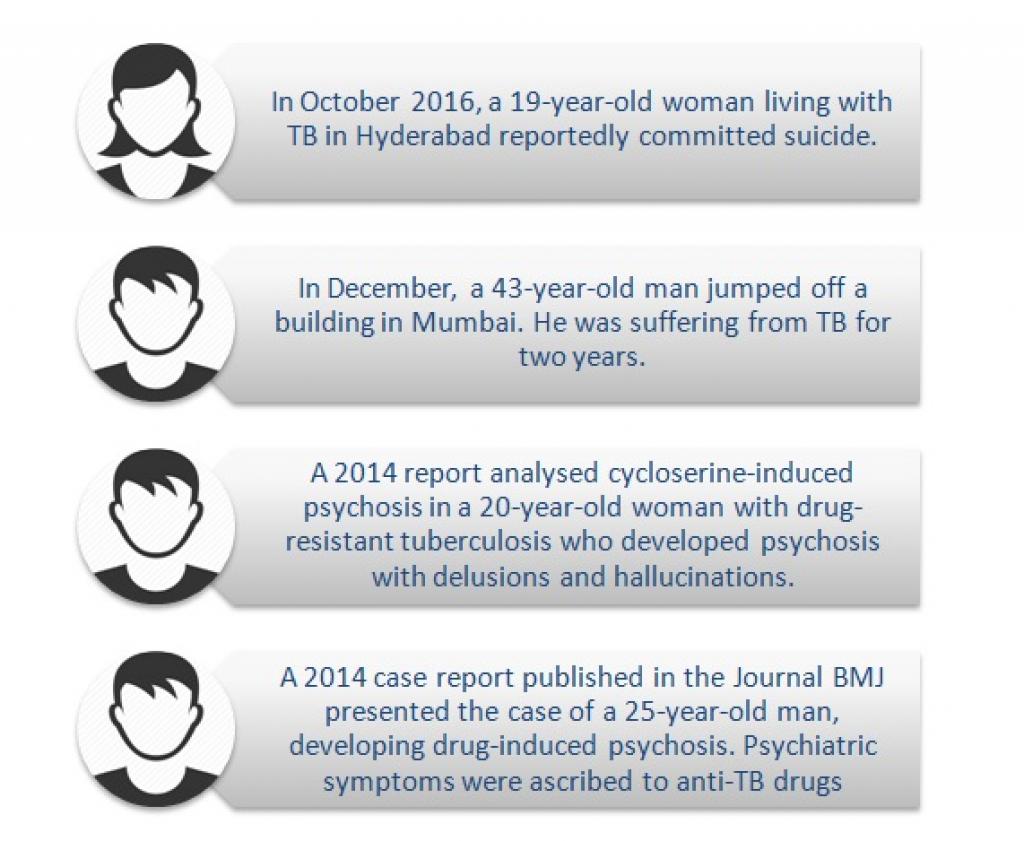 A 2014 report published in General Hospital Psychiatry analysed cycloserine-induced psychosis in a young woman with drug-resistant tuberculosis. The 20-year-old woman developed psychosis with delusions and hallucinations. Two days following cycloserine withdrawal, the patient improved significantly, and on the third day, she was absolutely normal with disappearance of psychotic symptoms, the report said. The case study highlights the importance of awareness regarding psychiatric adverse effects of anti-tubercular agents and the reversible nature of adverse events on drug withdrawal. It suggested that caution should be exercised while administering cycloserine in MDR-TB patients because of a higher risk of psychiatric adverse events.

Similarly, a 2014 case report published in the Journal BMJ presented the case of a 25-year-old man, who was undergoing treatment for multidrug-resistance tuberculosis (MDR-TB). He developed drug-induced psychosis. The psychiatric symptoms were ascribed to the anti-TB drugs which were duly withdrawn by the treating doctors and supplemented with other drugs.

Besides, drug-induced mental disorders, the social stigma associated with TB makes psychosocial support a necessity not just for the patient but also his family members. Participants in a research, who explored the experiences of patients and caregivers in Tumkur, Karnataka, clearly expressed the need for counselling, especially in the initial stages of DOTS.

The 2016 study published in BMC Health Services Research revealed that TB and DOTS have a large impact on patient’s lives, which is often extended to family and caretakers. The most vulnerable patients faced the most difficulty in accessing and completing DOTS. The family was the main source of support during patient’s recovery. Social support from spouse and close family members was crucial in adhering to the DOTS therapy. Moreover, chances of coping with the disease were better with increased social support.

"The TB programme needs to acknowledge the crucial role of families and proactively involve them in patient counseling to increase their knowledge and awareness about the disease. A better understanding of TB as a disease condition within the families may improve patient care," the study said.

Yasmeen is a living proof of the same. Her refusal to go for follow-up check-ups impacted her health badly and this time, she was diagnosed with multi-drug resistant TB. “I wanted to live. I wanted to show all those relatives and acquaintances who had given up on me that I was a fighter,” recalls Yasmeen. Shameem had also decided to come out in her support this time. Yasmeen shifted to her elder sister’s house in proximity to her in-laws’ house. Interactions with other patients brought her to a centre run by Operation Asha, an NGO working on TB control. The community health worker trained by the NGO counselled her and Shameem. Today, Yasmeen is fully cured of TB and expecting her first child.

The impact of TB on mental health in India has not been assessed in detail. There is no official record of suicide attempts or cases by TB patients. Data on cases of depression, anxiety or other mental health issues among TB patients is also not available. The country is now waking up to the idea of psychosocial counselling for tuberculosis patients.

“About 600 counsellors will be appointed countrywide at every district for MDR TB patients within a year,” says Sunil Khaparde, deputy director general, TB, Central TB Division, Ministry of Health and Family Welfare.

“These counsellors will have a responsibility to visit MDR-patients in their house, in the district-level hospital when they are under treatment and also sit in the district TB centre,” adds Khaparde. The Tata Institute of Social Sciences is the technical partner responsible for providing training to the counsellors.

Several NGOs, working on TB control in India, provide basic training to their volunteers in psychosocial counseling. A few have even roped in trained counsellors. However, given the magnitude of the problem, counselling still seems to be a luxury for TB patients in India.