However, they did contribute to delays in TB diagnosis, it concludes 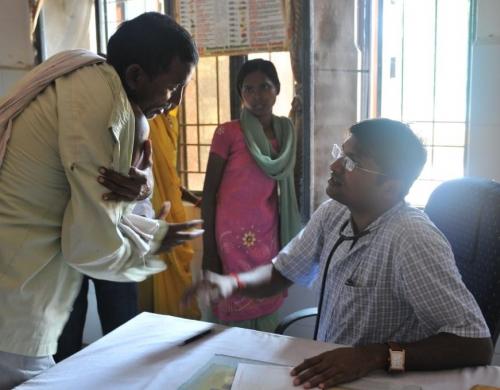 India is facing a great threat of antimicrobial resistant superbugs due to overuse or misuse of antibiotics, said a research published in The Lancet Infection Disease. The country is the world’s largest consumer of antibiotics and is also facing highest burden of Tuberculosis (TB).

The conclusion was arrived at by observing the usage of antibiotics in three different cities. Researchers at the Faculty of Medicine at Canada’s McGill University, the Research Institute of the McGill University Health Centre, The World Bank’s Development Research Group, and other partners, used "standardised patients" (also called "simulated or mystery patients") to understand how pharmacies in three Indian cities treated patients exhibiting TB symptoms or diagnoses and to determine whether these pharmacies were contributing to the inappropriate use of antibiotics.

The researchers used two standardised patient cases, one with a patient exhibiting two to three weeks of pulmonary TB symptoms and a second with a patient diagnosed with microbiologically confirmed pulmonary TB. These trained patients then visited 622 pharmacies in three Indian cities (Delhi, Mumbai, and Patna), completing 1200 interactions with pharmacists. After each interaction, the patients remembered what was said to them, and collected all the pills that were dispensed to them by the pharmacists. Only 13 per cent of simulated patients with TB symptoms were correctly managed, in sharp contrast to 62 per cent of patients exhibiting known TB who were correctly managed. “Only a minority of urban Indian pharmacies correctly managed patients with presumed tuberculosis,” explains Srinath Satyanarayana, first author of the study, and a doctoral candidate in epidemiology at McGill University, “but most correctly managed a case of confirmed tuberculosis.”

“Our study clearly showed that not a single pharmacy gave away first line anti-TB drugs (isoniazid, rifampicin, ethambutol, pyrazinamide and streptomycin) without prescriptions. However, pharmacists gave away other antibiotics and rarely referred patients with typical TB symptoms, and that means they are contributing to delays in TB diagnosis. This can increase transmission of infection in the community. So, there is great potential to harness pharmacists to identify those who need TB testing in India,” he added.