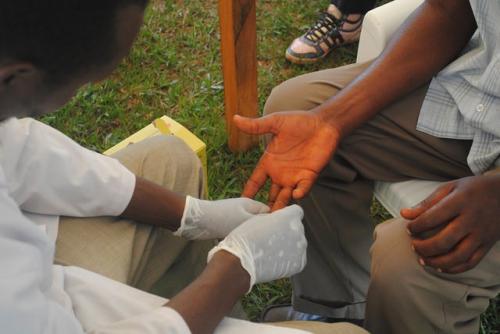 The presidents of France and South Africa have urged for urgent investments to create new jobs in the health sector to prevent a projected shortfall of 18 million health workers in low-and lower-middle-income countries.

The commission concluded that investing in health is needed to make progress towards the Sustainable Development Goals, global security and economic development.

Ageing populations and increasing rates of non-communicable diseases are projected to generate the demand for 40 million new health workers worldwide by 2030. But most of those jobs will be created in wealthy countries. Without action there will be a shortfall in low-and lower-middle-income countries of health workers.

“For too long countries have seen health workers as just another cost to be managed, instead of an investment with a triple return for health, economic growth and global health security,” Margaret Chan, director general of the World Health Organization, said.

“The report provides solid evidence that investing in the health economy and progressing towards universal health coverage can strengthen economic growth and make it more inclusive by generating decent jobs in a wide range of occupations,” Guy Ryder, director general of the International Labour Organization, said.

Health is a major and growing source of jobs. Across the Organisation for Economic Co-operation and Development, employment in health and social work grew by 48 per cent between 2000 and 2014 while jobs in industry and agriculture declined.