India may be among endemic places; risk of the number of immune inidividuals dropping below a threshhold will remain 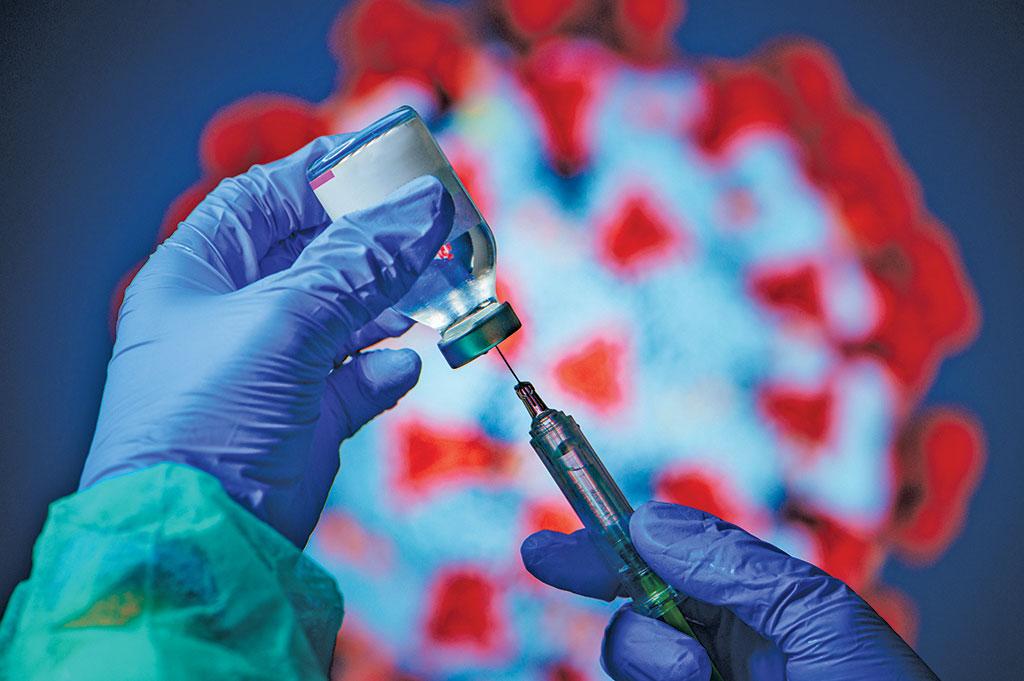 For centuries the world has struggled with infectious diseases; experience shows that eradicating them is next to impossible. So far, humans have managed to eradicate just one disease: Smallpox. Others have entered the ranks of endemic diseases, which persists in the population at a predictable rate after spreading in epidemic or pandemic proportions — malaria, HIV/AIDS, Ebola, measles and influenza, to name a few.

Most likely, this is going to be the fate of the novel coronavirus (COVID-19), which will continue to cause intermittent outbreaks after the pandemic ebbs. This is what the World Health Organization (WHO) predicted. “This virus may become just another endemic virus in our communities, and may never go away,” Mike Ryan, executive director, WHO emergencies programme, said at a press briefing on May 13, 2020.

This transition from pandemic to endemic is not simple. “The end of pandemics is always slow and messy. It will not end at the same time everywhere,” said Nükhet Varlık, associate professor, department of history, University of South Carolina, US. It is possible that COVID-19 will become endemic in certain parts of the world and continue to circulate to other areas. This is the likely behaviour of newly emerging infectious diseases, Varlik told Down To Earth. A key to this transition lies in the fact whether a country has achieved herd immunity against it — through vaccines or by falling sick.

Let’s analyse the first scenario. Researchers Marc Veldhoen and J Pedro Simas from the University of Lisbon, Portugal, wrote in Nature Reviews Immunology January 5, 2021 that it is likely that vaccines will be successful in ending the COVID-19 pandemic. However, they doubt if they will be effective against reinfection or eradication of SARS-CoV-2 as the jabs do not prevent shedding of the virus by those inoculated with it.

As COVID-19 is a new disease, we do not know how long the vaccine will protect us from reinfection or whether it will protect us sufficiently against newly emerging variants. Three variants have already been reported.

Vaccination is also not being administered all over the world at the same time and at the same pace. Right now, the pace of vaccination is faster in developed countries. “While this makes the disease a public health concern for poor countries, it also means that the virus is circulating somewhere in the world and the global risk is not over," Varlik said.

The other scenario is a large number of people getting infected by SARS-CoV-2 and developing adaptive immunity against it. But there is a lack of clarity on whether or not people can get reinfected by the virus. Jeffrey Shaman and Marta Galanti from the Department of Environmental Health Sciences, Mailman School of Public Health, Columbia University, New York, say there is evidence that pathogens like influenza viruses, respiratory syncytial virus, rhinovirus and the old coronaviruses are endemic because they can reinfect.

“Should reinfection prove commonplace, and barring a highly effective vaccine delivered to most of the world’s population, SARS-CoV-2 will likely become endemic,” the authors wrote in Science October 30, 2020. 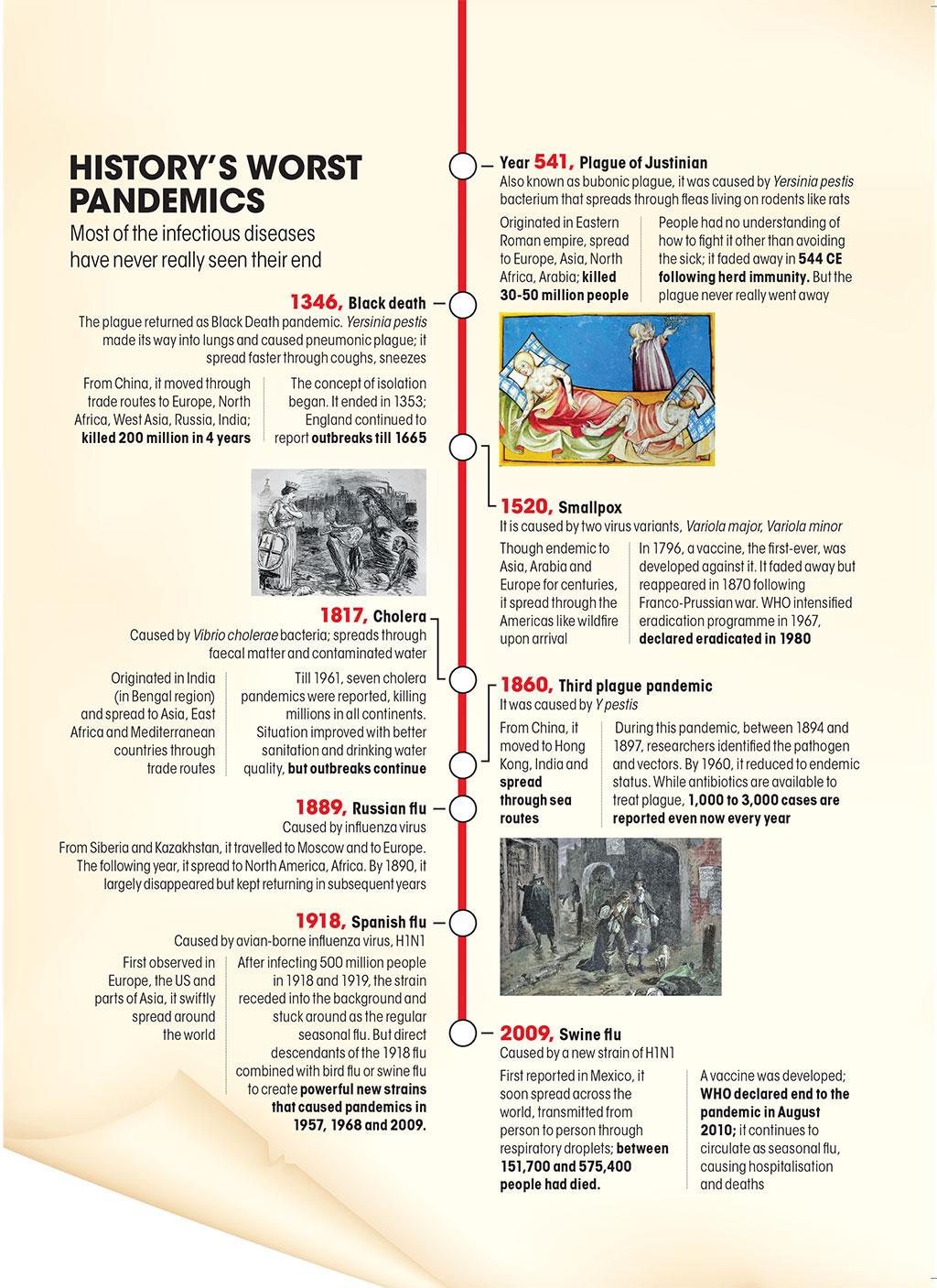 “There is no reason for the disease numbers coming down substantially, unless the infection has spread in a considerable population,” Jacob John, faculty member in the community medicine department of Vellore’s Christian Medical College, said.

Another indicator that the disease is on its way to become endemic is if the R0 value, the measure of the number of people one infected person can transmit the disease to, becomes less than 1.

“This is when the number of new cases is balanced by the number of recoveries/removal through death, so that the number of active cases remains steady,” Sitabhra Sinha, professor with the Institute of Mathematical Sciences at Chennai, said. His calculations show that the R0 for India for the period from November 19 to February 3 was 0.92.

Once it becomes endemic, SARS-CoV-2 will join other seasonal flu-causing coronaviruses that circulate in humans, according to a model published in Science January 12, 2021. The model assumes that immunity to SARS-CoV-2 works similar to other human coronaviruses and predicts that the infection fatality ratio for SARS-CoV-2 may fall below that of seasonal influenza (0.1 per cent) once an endemic steady-state is reached.

“We are in uncharted territory. But immunological indicators suggest that fatality rates and the critical need for broad-scale vaccination may wane in the near term, so maximum effort should be on weathering this virgin pandemic enroute to endemicity,” said Ottar Bjornstad, one of the authors of the study.

A safe and effective vaccine against COVID-19 could save hundreds of thousands of lives in the first year or two of the vaccine rollout, but continued mass vaccination may be less critical once SARS-COV-2 becomes endemic. Targeted vaccination in vulnerable subpopulations may still save lives, notes the study.

However, it is likely that COVID-19 will continue to be a global public health threat, because endemic diseases can easily become epidemic when the number of immune individuals go below a certain threshold. According to Varlik:

When vaccination efforts slow down or fail, the disease comes back again, like seen in the case of measles. I think it is important to keep in mind that even if there is one single individual infected with COVID-19 in the world, the risk continues for everyone. We may need to remember that this pandemic most likely started with one single person being infected in the very beginning. So, it is crucial that there is international collaboration for an equitable distribution and administration of the vaccines globally.

Experience with diseases suggest that once they become endemic, the funding available for their control also goes down. Epidemics of HIV in the early 1980s had inspired decisive government investment and action, but endemic HIV in 2017 struggled to maintain the same attention, write Graham Medley and Anna Vassall from the London School of Hygiene and Tropical Medicine, UK, in Science July 14, 2017.

As they say, the paradox is that endemic diseases impose a far higher public health burden than epidemics.