Karnataka's endosulfan victims to 'fast unto death' for better compensation 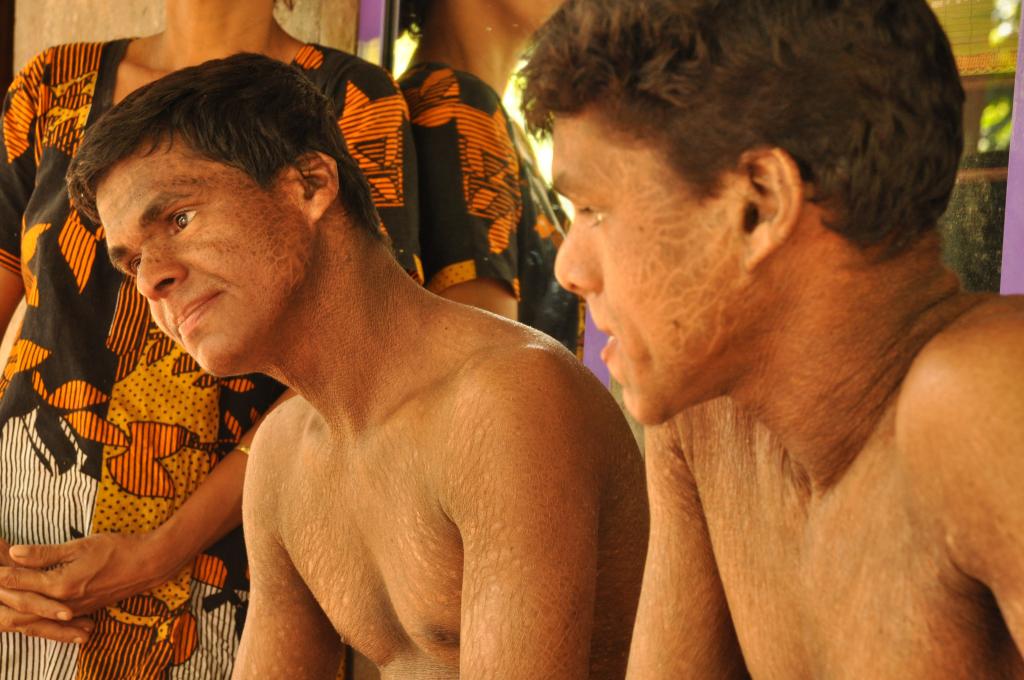 Manikantan and Sujith from Kasaragod suffer from psoriasis due to endosulfan exposure (2010) (Credit: Savvy Soumya Mishra/CSE)

Karnataka residents who have suffered physical disabilities due to the use of endosulfan insecticide for agriculture are set to begin a “fast unto death”, demanding better compensations by the state. Some 15,000 people suffering due to endosulfan use are expected to participate in the protest, as per media reports.

The Karnataka government currently gives Rs 1,500 as monthly compensation to victims with 25-60 per cent disability and the amount is increased to Rs 3,000 to those with over 60 per cent disability. The sum was set by an interim order of the Karnataka High Court in 2014 that directed relief to 6,140 victims in three districts, Dakshina Kannada, Uttara Kannada and Udupi.

In Karnataka, 32,604 litres of endosulfan was aerially sprayed between 1980 and 2000 on 850 hectares in Belthangady and Puttur taluks in Dakshin Kannada. In addition, 11,225 litres were sprayed manually. The spraying affected nearly 20 villages of the state.

Endosulfan was widely used for almost two decades from 1980 to 2000 in Kerala and Karnataka despite the mounting evidence of its health hazards. The Centre for Science and Environment, in 2001, conducted Endosulfan tests in Kerala villages and brought results to the public eye. The health effects of the chemical include neurotoxicity, late sexual maturity, physical deformities, poisoning, among others. People, especially newborns, have suffered deformaties, health complications and loss of family members due to exposure to the agrochemical.

Yet, it was used in  like cashew, cotton, tea, paddy, fruits and others until 2011, when the Supreme Court banned the manufacture, use and sale of the insecticide.